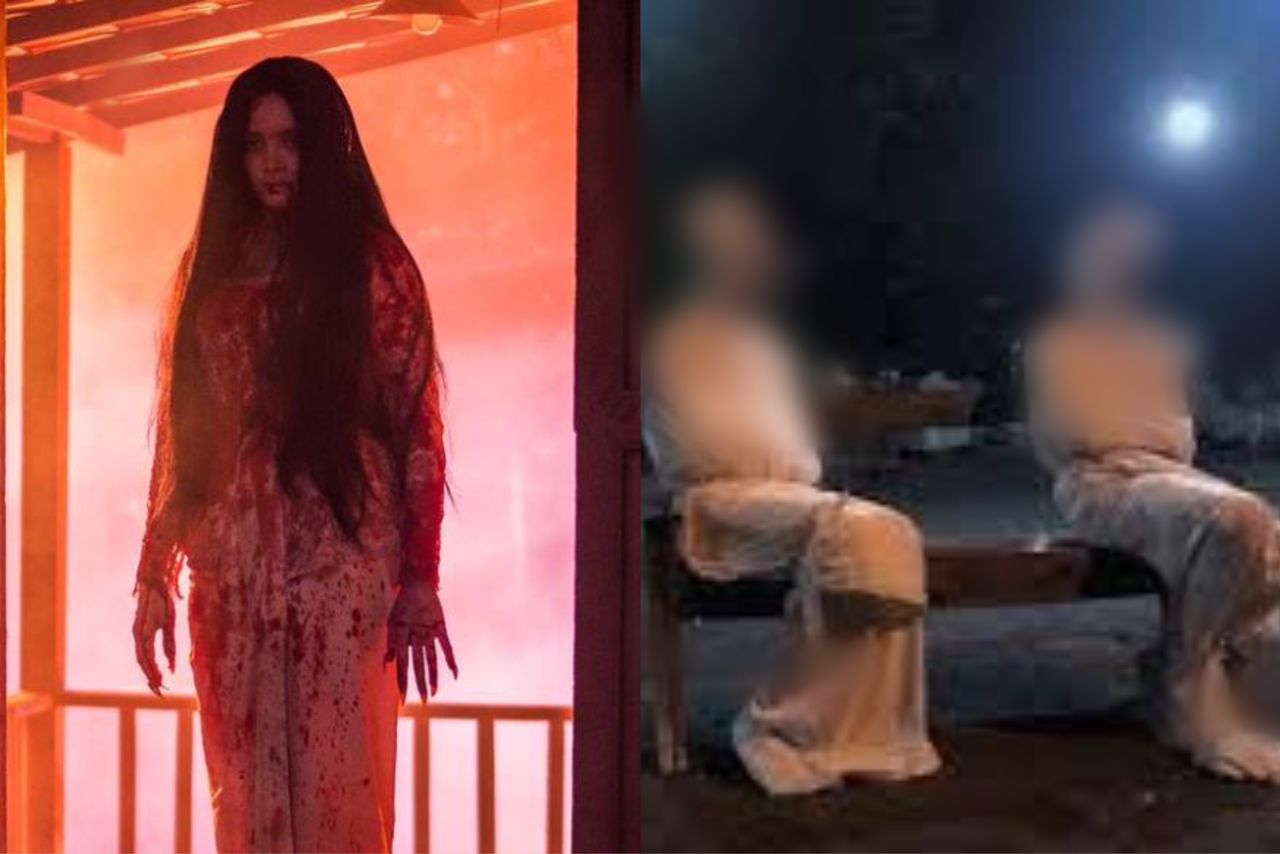 TW: Some images might contain scary and explicit pictures.

Halloween is just around the corner! With the current SOP’s being more lenient, Malaysians can now enjoy the ‘scary season’ with creative yet scary costumes that will surely get people terrified and talking!

Instead of the typical costumes, we thought it would be great for you to showcase some local ‘characters’ or ghosts for a more Malaysian-ised Halloween experience. Here’s a list of local costume inspirations you can try for Halloween! We’re not so sure you’ll be getting any candy with these though… 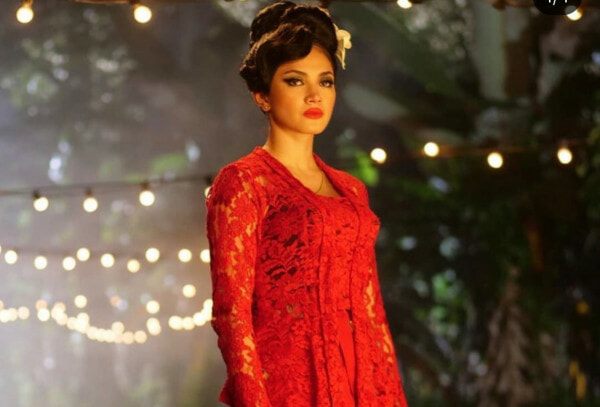 This Hantu Kebaya Merah outfit inspired by the 2019 local movie “Dendam Pontianak“ is also a must-try for a Malaysian Halloween experience.

The Pontianak, also known as a Banshee, is old folklore highly talked about by every Malaysian. This ‘ghost’ can appear in two forms; one of it is in a pretty red kebaya dress looking all beautiful and able to capture the hearts of men. But once it transforms into its original form, you better watch out!

This easy outfit only requires a red kebaya dress, batik skirt, red lipstick and you are ready to roll! Or should we say fly? 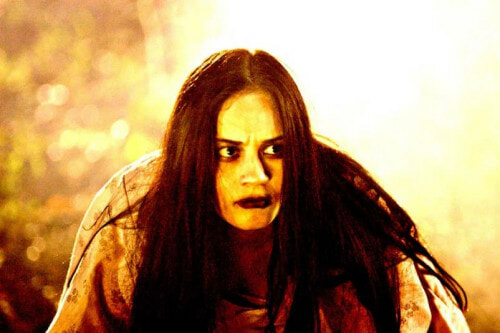 Just now we had the beautiful Hantu Kebaya Merah, now its the real deal! This well-known Malay ghost has inspired plenty of movies for its backstory, and especially because of its horrifying appearance.

One of the movies being the iconic 2004 movie series “Pontianak Harum Sundal Malam”, has haunted our childhood lives for ages.

Ready to lure and rip the internal organs of men, the backstory behind this ghost is quite heartbreaking. Having to lose her child during childbirth, or by the hands of men, the Pontianak is out there to seek revenge. 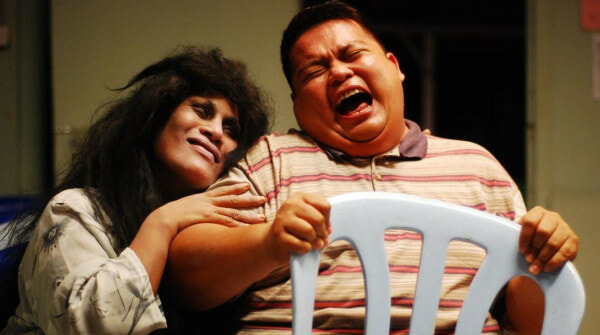 From glam to full-on hantu-mode. What would be better than dressing up as the ever famous Kak Limah herself? Inspired by the horror comedy movie series, “Hantu Kak Limah“, you’ll be scaring every kid down the block!

Another outfit combination that would make your trick-or-treating experience more fun but still simple at the same time. What you only need is a rustic-looking baju kurung (only the dress), kain batik and finally just style your hair as messy as you can! 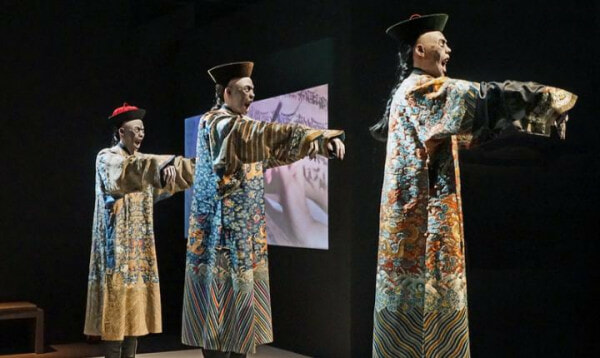 The Jiangshi Spirit is well-known for hopping and having its arms stretched out. According to History 101, they turned out to be like this due to their bodies experiencing rigor mortis, therefore the only way for them to get back home is by hopping. Jiangshi itself translates to “stiff corpse“.

This outfit can be set up by having traditional Chinese clothing. If you’re a stickler for details, look for clothing inspired by the Qing Dynasty, but be warned this is quite hard to find. But hey, as long as you get the hop and arms stretched out correctly, people would definitely be able to recognise your Halloween costume concept! 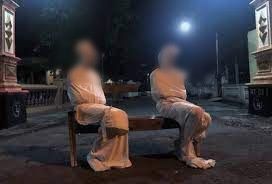 Another simple costume is inspired by a spirit well-known here in the Malaysian culture, which is none other than the Shroud Ghost, or also known as Pocong.

Not only famous in Malaysia, but also in Indonesia there are a few horror movies that were inspired and featured this terrifying ghost, such as Pocong The Origin (2019).

All you need to style this costume is a dirty old white cloth and a few strings! And you’re all ready to jump around scare the life out of people. 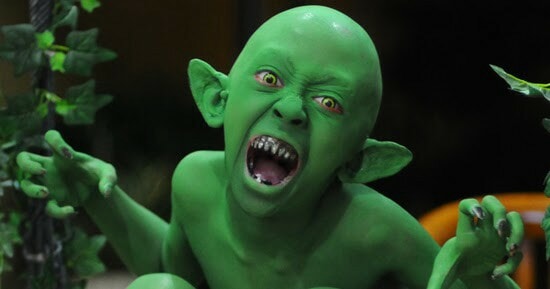 This cheeky little green spirit, or commonly recognized as Toyol is famously known in Malaysian culture for stealing money from other people for its owner.

The famous horror comedy movie, “Alamak…Toyol!” was inspired by this cheeky ghost causing chaos and nuisance to the leads, but laughter for us the audience.

This outfit barely needs any effort other than dumping yourself in green paint and wearing any kind of shorts. Additional points if you have pointy ears and sharp teeth! A friendly reminder to all who do decide on this look, do use body paint for safety reasons!

But remember kids, just because you’re a toyol for Halloween, that doesn’t give you the ticket to steal money like the actual creature. 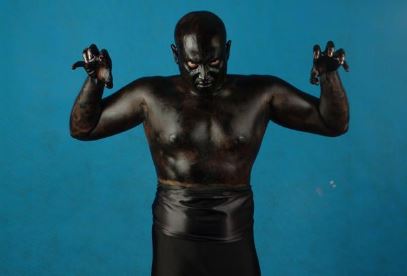 And last but not least, the Oily Man or commonly known as “Orang Minyak”!

Rumored to have abducted and raped girls at night, this famous ghost is feared by nearly every woman that has ever heard of it.

Some claim it’s a supernatural entity, while others say it’s a human warlock who coats himself in a black grease that matches his soul. The slick black oil is claimed to assist him in escaping since no one can hold him as he is able to glide away between the fingers of his pursuers.

What are your thoughts on these costume ideas? Let us know in the comment section below! 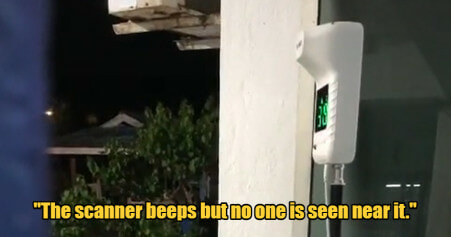