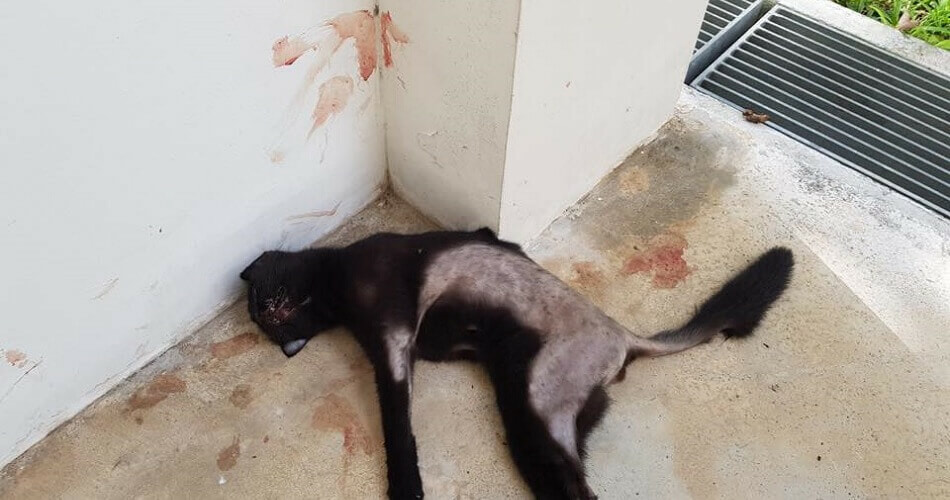 What’s up with all the animal abuse lately?!

Here’s another tragic case of animal cruelty and this time, the victim is a black tabby cat that was found dead on the ground floor of an apartment. According to this Facebook post that has since garnered 1.3k shares at the time of writing, the cat’s body was lying near Block 430B, Yishun Avenue 11 in Singapore.

Parts of its fur appear to be shaved off, and in the photo that has since gone viral, you can also see that there are bloodstains splattered across the ground and walls around it. We wonder which cruel human did this T_T 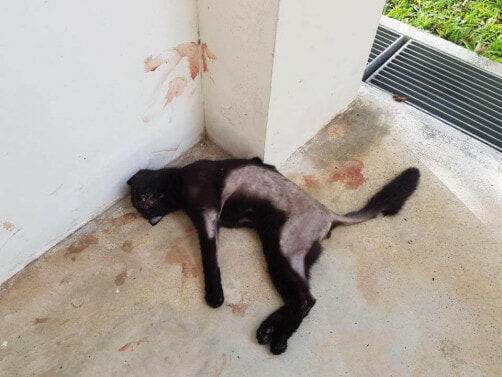 The post was published on 27 May by Yishun 326 Tabby cat (comprising a team of 4 volunteers who rescue and rehome community cats in Singapore) and they suspect that the poor kitty was most likely abused. Hence, they are alerting the public about this in hopes of also getting more info about the people who abused the cat.

“We suspect it has been abused and are appealing for witnesses to step forward.”

Hence, they urged anyone with information on this incident to send them a private message or report it to one of the following bodies:

• Appeal for information •A cat was found dead this morning at 430B Yishun Ave 11. The fur appears to have been shaved…

Netizens who saw the post were definitely upset and their emotions ranged from heartbroken to furious. Here’s what some of them said:

“This breaks my heart. Why are some human so heartless and cruel,” said one netizen.

“I am sooooo angry looking at this! Why would anyone want to do this to cats??! I pray that bad luck will befall the doer’s family and his 7 generations!” said another FB user.

Well, we sure hope they get all the info they need so that those responsible for the heinous act will face the law. 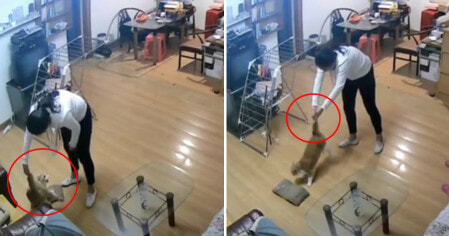