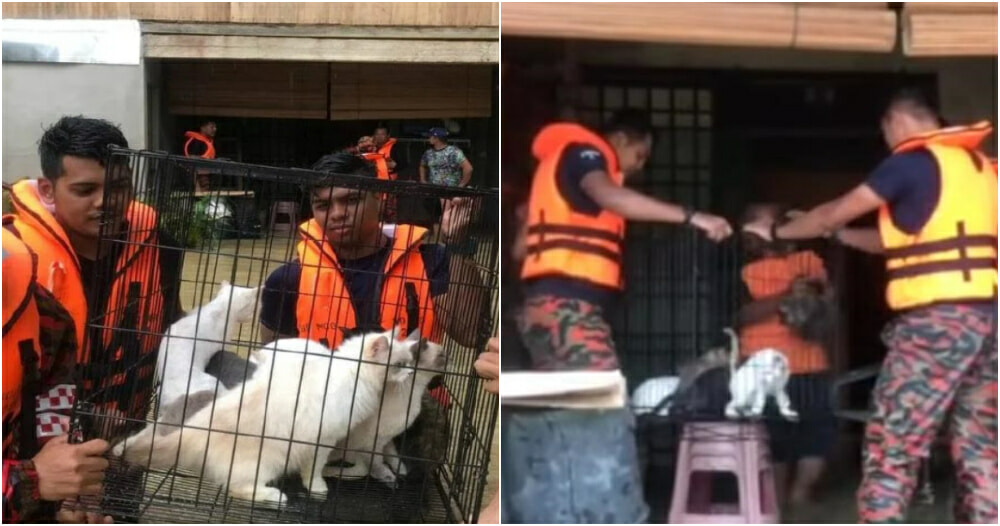 Fear not! Abang bomba to the rescue!

The owner of 40 pet cats, Norhidayah Kamarudin, 31, sought the help of a few firefighters to save her cats after her home in Kampung Kenor was flooded with water levels coming close to 0.5 metres.

According to Harian Metro, Norhidayah said she called the fire brigade at 10.30am this morning (7 January) after finding that the water level had risen drastically. Her main concern at the time was to move her pet cats somewhere safe and she knew she could not do it on her own.

“I took all 40 cats with me to a temporary evacuation centre (PPS) until the flood receded,” she said.

“Previously, I only rescued five cats and at that time, all five of them were transferred to the PPS with some of my family members,” she explained.

“However, this time, I had to ask for the help of the fire brigade to move all these cats because there’s so many of them,” she added on.

Norhidayah also explained that all the cats under her care were rescued from the streets. Most of them were ill and needed treatment. 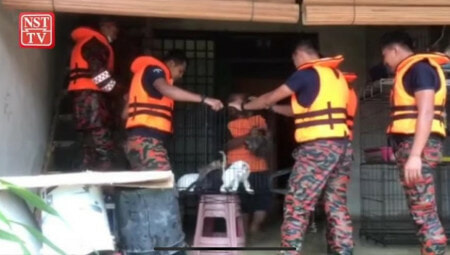 “After the flood that happened back in 2014, I found a lot of hungry and sick stray cats. I took them in to be treated,” she said.

“Over time, there was a desire within me to continue to save cats. For me, as long as the cat is alive, I will try my best to save it,” she added on.

“I consider these stray cats to be my own children,” she said.

Meanwhile, Kuala Krai Fire and Rescue Station Chief (BBP) Assistant Fire Superintendent Muhammad Rizwan Ar-Rafee Parsimin said his team had to travel through 500 metres of water to save all the cats. 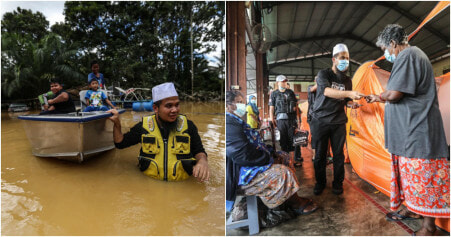