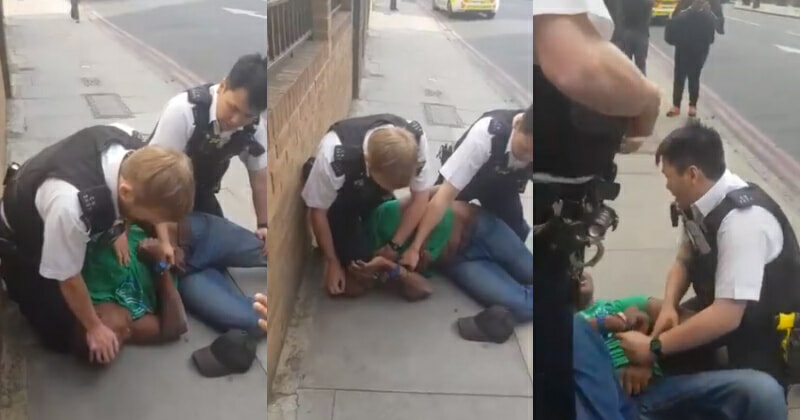 One police officer in Islington, London, has been suspended and another taken off operational duty after footage witnessing the two officers kneeling on a man’s neck and pinning him down made its way on social media.

The video which witnessed both officers holding down a black, 45-year-old man believed to be in possession of a knife in a public place, is seen to be a carbon copy of the George Floyd tragedy that took place two months ago.

To give you an idea of what the video looks like, here is the footage that has made its way on social media.

Absolutely disgusting, my sister is in this video witnessing police brutality and them kneeling on this black man’s neck. He is clearly not a threat and is in cuffs. Please share this video for awareness.#BLM #BlackLivesMatter pic.twitter.com/xLS1h6Ficx

In the footage the man is seen to be pinned to the ground while repeatedly shouting “Get off my neck.”.

He was eventually released from his original position and continued to talk after being prodded up to a sitting position. 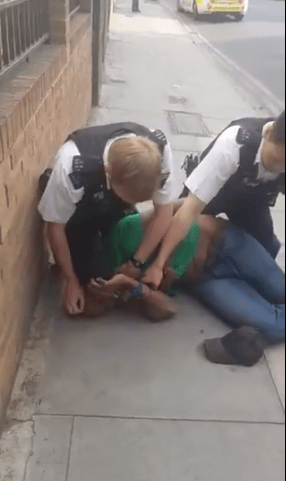 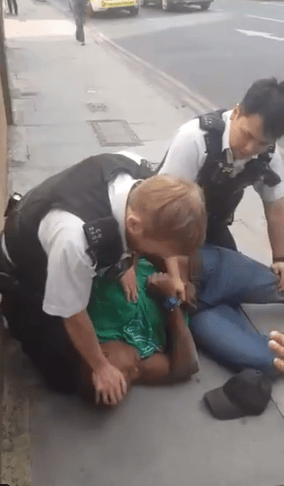 Members of the public witnessing the incident began their confrontation of the officers with a witness, who said “I was worried that he was going to get executed. That’s just how George Floyd got killed.”

Speaking to BBC, the witness added that “If not for the crowds filming the police they could have suffocated him or broken his neck.”

“He was on the floor and in handcuffs, what’s the reason for them to kneel on his neck?” 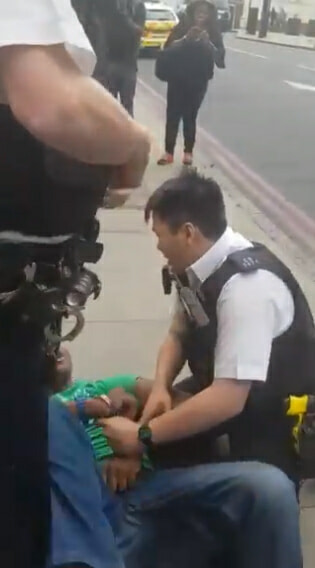 According to Deputy Met Police Commissioner Sir Steve House, the technique of kneeling and pinning someone’s neck was not taught in police training.

The man had since been seen by a doctor, Scotland Yard said. It has also referred the arrest to the Independent Office for Police Conduct (IOPC).

It is good to know that this case is not a repeat of the George Floyd incident. Let’s not make our own conclusion on the matter, but instead, give time for the authorities to carry out their investigation.

Also read: Cops That Kneed On George Floyd’s Neck Received Multiple Complaints In The Past 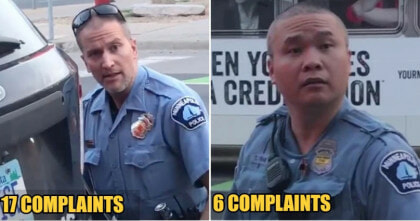