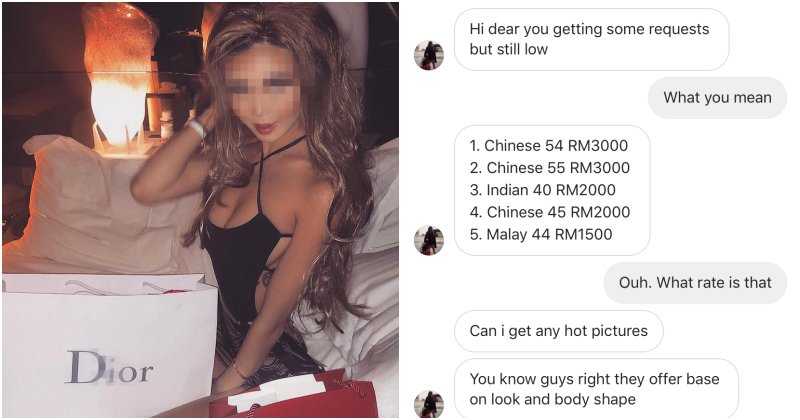 Someone slid into my DMs and left me a really interesting message. This lady who went by the handle @bunny.gaga85 (whose account later disappeared) said she was an agent for VIP sugar daddies.

Curious about how these things work, I enquired further.

She explains that she owns her own database of rich men and they will make an offer on how much they are willing to offer per meet up. She mentions that it’ll range from RM3,000 to RM8,000 and you can easily earn RM20,000 to RM40,000 a month!

She then easily set me up by asking whether I’m local, my race, and age. She also requested for a couple of my photos for the men to start their offer bids.

The interaction with @bunny.gaga85 was completely easy-going. She was not aggressive nor manipulative, but understanding and transparent. While I will never engage with a ‘sugar daddy’, my stance on the ‘relationship’ is neutral. If someone is happy doing it and it’s consensual, then it is within that two person and we shouldn’t be the ones judging.

After half a day, @bunny.gaga85 came back to me about the ‘offers’ I’ve gotten. These men are willing to pay RM1,500 to RM3,000 per night with me. Of course, sexual favours are expected. 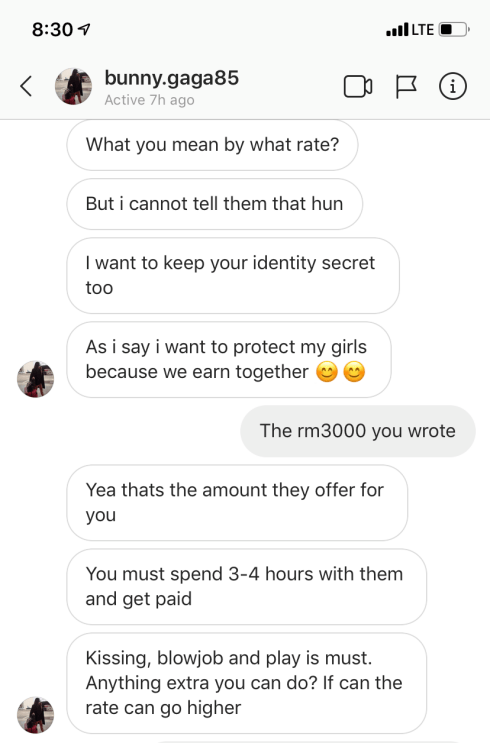 Wanted to understand more, I asked how she makes her money off being the agent. She was very transparent with me and said she earns 20-25% from the offered price. What’s more surprising is that apparently local models and influencers are part of her sugar baby network and they have been offered up to RM7,000 and RM8,000 per meet!

After I’ve done enough asking, it’s time to call it quits and stop prying into it more. In the course of the next week, I’ve gotten 2 more requests from her, one of which was a Singaporean who will be in Malaysia and he’s willing to pay RM7,000 for 3 hours – of course, to which I declined.

While @bunny.gaga85 was not aggressive and easy going, I couldn’t help but to call out her service as misleading. Instead of a ‘sugar daddy’ relationship, this sounded more like prostitution to me. But hey, to each their own on how they want to interpret it right?

It’s crazy to think how easy someone can locate you via Instagram to offer you such ‘opportunities’. While my stance remains neutral, as females, you may want to think twice before going into something relatively sleazy like this.

Also read: I Received A Suspicious Phone Call From A Private Number And… 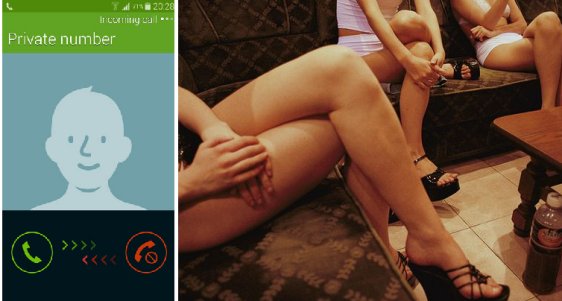