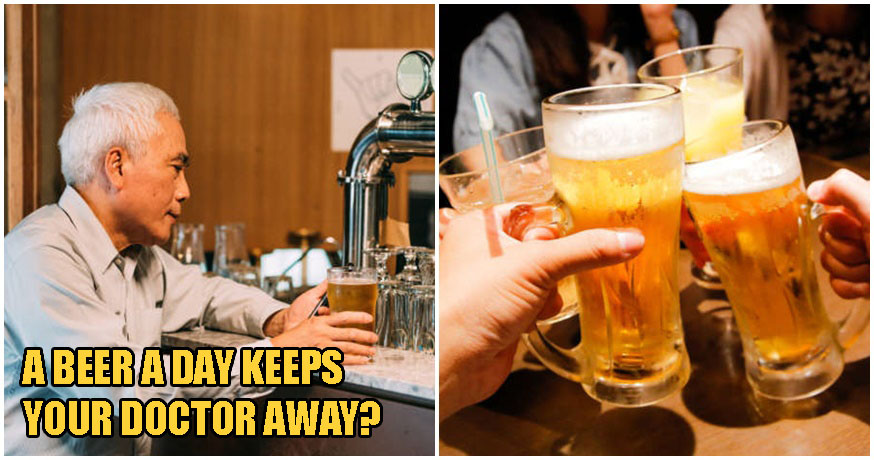 Before we get any further into this article, let us stress that by no means do we encourage alcoholism, as the detrimental effects that a constant drinking habit has on the body are obvious and need no reminder. With that out of the way, casual drinkers may be surprised to hear that just like how the old saying goes, a beer a day keeps the doctor away. –Wait. No, that doesn’t sound right.

But according to science, it’s true! Well, according to one study, anyway. As reported by LADBible and The Sun, a study that was led by Prof Dr Piet van den Brandt from Maastricht University in Holland has recently come to the conclusion that drinking daily may actually be beneficial to your health in the long run.

More specifically, men who consume half a pint of beer a day can increase their chances of living up to 90 by a whopping 81 percent.

Women who drink the same amount of beer daily can increase their chances of seeing 90 by up to a third.

These results were obtained after the university tracked the drinking habits of over 5,500 people over the span of 20 years, which suggests that there can be significantly positive associations between moderate drinking and longevity in both men and women. However, the same researchers behind the study say that this is not your all-access card to start binge drinking.

The long-standing research that consuming too much alcohol can result in severe health consequences still stand. The key difference here is drinking in severe moderation, instead of chugging down five bottles of your favourite beer in one sitting. Further reading on the research can be found on ResearchGate.

Sir Ian Gilmore from Alcohol Health Alliance UK has also added that there is currently no evidence to suggest that non-drinkers should start drinking to improve their health.

In which case, if you haven’t started drinking, don’t do it! But if you are drinking, maybe drinking in moderation might just be beneficial for you in the long term. Again, we’d like to stress that we are not advocating anyone to start an alcoholic habit, as there’s plenty of proof that drinking too much is probably going to lead you to an early grave instead!

Also read: No Laws Against Drinking Alcohol in M’sian Public Spaces But Strict Action Taken If You Are a Nuisance 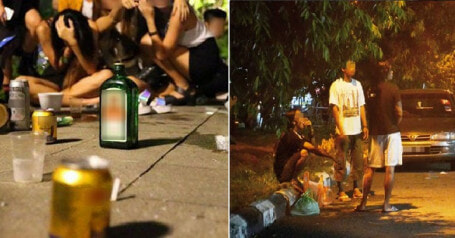