It truly boils our blood when we encounter news such as this. After being abandoned by their owner for more than a month, 8 cats were found dead in a house in Cheras, most likely from starvation. Three other cats were found alive, but severely malnourished and clinging on to dear life.

Last Monday (March 25), the cats were discovered when neighbours reported a foul stench akin to that of a dead body, coming from a house in the neighbourhood of Bandar Mahkota in Cheras. According to Harian Metro, four members of the Fire and Rescue Department were then called to the scene to break into the house, which was under lock and chain. 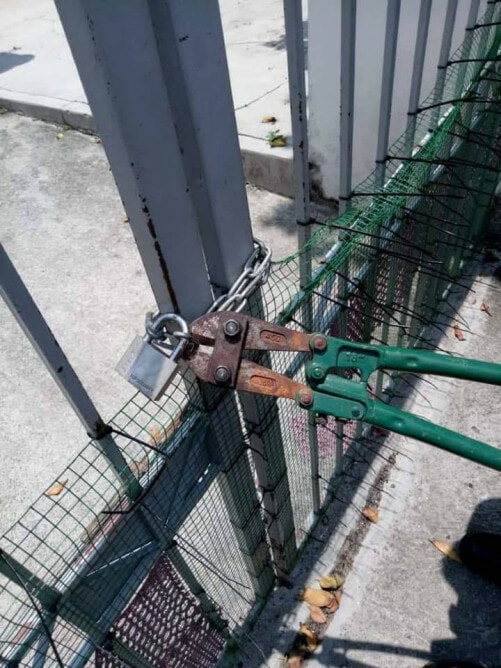 The bolt cutter used to break in | Source: Facebook

Upon entering the house, what greeted them next was a heart-wrenching sight: the decomposed carcasses of eight cats. It was later learnt that the owners of the residence, which is reportedly a pet homestay run by a couple, had vacated the premises for over a month, and they used to take in stray cats wherever they went. Sin Chew reported that some neighbours even pointed out they had handed them abandoned cats before, and regretted their decision now that they saw what became of the poor felines. 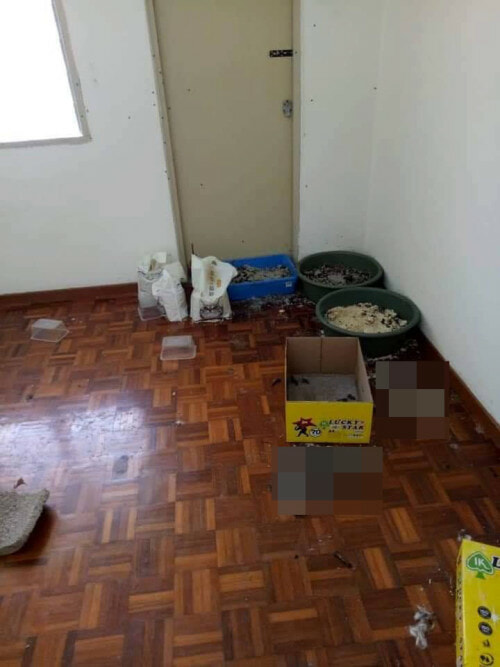 On top of that, Sin Chew also spoke to a 19-year-old girl named Tan, who had an unpleasant experience with the aforementioned homestay. Back in February this year (2019), she had put her male and female cats up at the homestay for 8 days, so that she could return home for the Chinese New Year holidays. However, things went awry when she came back and discovered her male cat had ran away, while her female cat had lost a drastic amount of weight.

Since then, she kept returning to the neighbourhood in hopes of finding her lost cat, and lamented that if she had known earlier about the malnourished cats in the house, she could have rescued them from their tragic fate. She recalled the first day she visited the house, when she was about to drop off her cats. “I saw three of the cats that the (suspect) had just adopted, and even held them in my arms. Who would’ve thought that today they’d all be dead,” she said.

The cats were all locked in a room on the second floor of the house, with the windows and doors bolted shut. Their food and water supply had long been exhausted, which explains why the cats were either malnourished or starved to death. Although the three surviving cats were given food and water immediately, two of them have ran away, leaving only one white cat which has been pacing back and forth the house, unwilling to leave the premises. It has now been put up for adoption.

How could these people be so heartless as to just leave 11 defenseless cats at home to die? We can only hope that the one remaining cat can find a good home, and that the two other surviving cats will be safe and well. It bears repeating: if you can’t be responsible for an animal, please don’t take it home, or at least be sure to leave it with someone who can be! 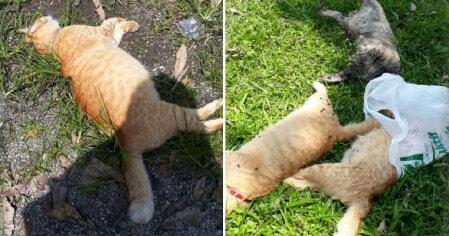