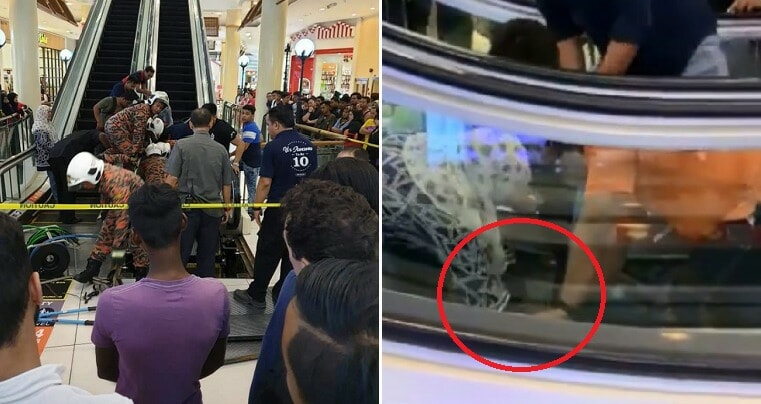 Parents, always make sure that you keep an eye on your kids, especially if you’re on the escalator! We’ve already heard about people getting injured because they misuse escalators, but many of us still think that it won’t happen to us even though there are multiple warning signs around the escalators. 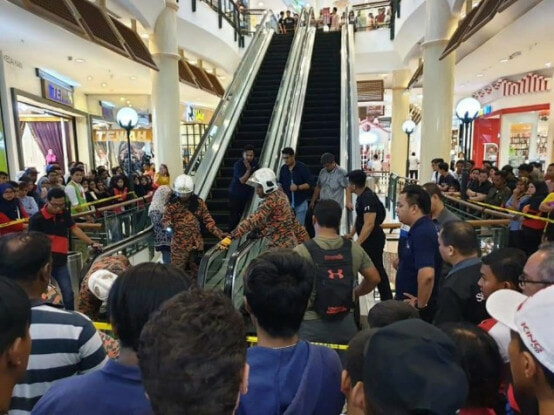 This is especially true for little kids as they are not aware that it can be dangerous. A six-year-old boy found this out the hard way after his right foot accidentally got stuck inside the escalator and gave him the fright of his life. This incident happened at a mall in Serdang on April 27 around 5.30pm, according to China Press.

Videos of the incident circulated on social media, showing the boy’s panicked mother trying to help the boy as concerned passersby looked on. Some of them helped the boy’s mother while the Fire and Rescue Department of Malaysia (Bomba) were called in to save the boy from the escalator. 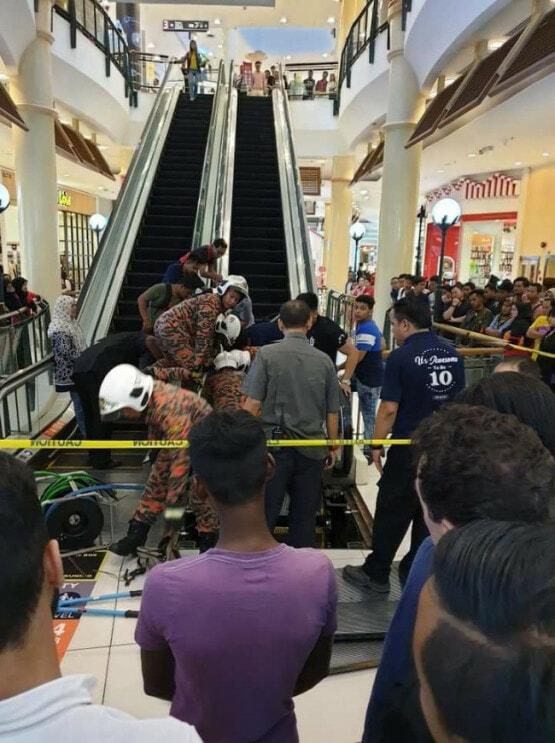 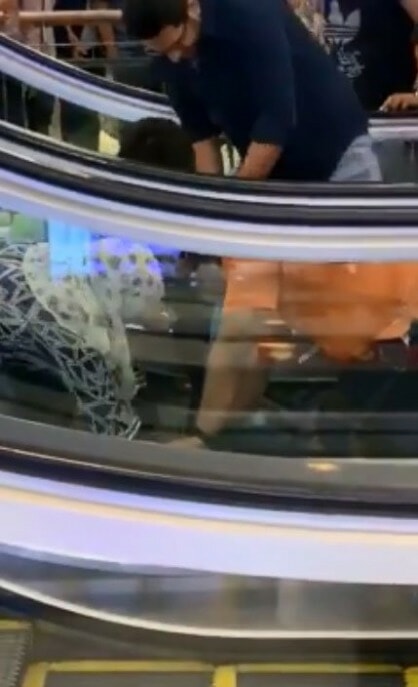 Luckily, the bomba arrived within 10 minutes and began extricating the boy’s leg from the escalator. It was reported that the boy was crying from the pain as his leg was bleeding profusely but he remained conscious throughout the ordeal. A medical team from Hospital Serdang also arrived at the scene in 30 minutes, and when the boy’s leg was successfully removed from the elevator within an hour, they quickly treated his wounds.

He was brought to the hospital for treatment and fortunately, he did not suffer any serious injuries. Meanwhile, netizens who saw the post were tagging their friends and reminding them to be careful when letting their kids get on escalators because accidents can happen anytime.

Phew, luckily the boy is alright! Remember to be alert and keep your child safe on the escalator! 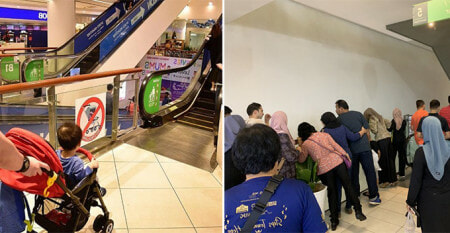 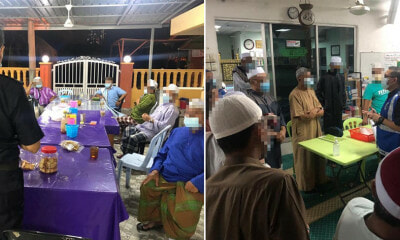