Since the #MeToo movement, many across the world have taken to social media speaking out against sexual abusers. This gave a much-needed voice to survivors’ and those affected to expose assaulters.

In nature, their stories are raw, difficult, upsetting and most importantly are real!

@aidan_nuttyroar did the same by taking to Twitter and sharing the ordeal his cousin’s teacher put her through.

@aidan_nuttyroar shared his cousin’s experience of harassment by a 50-year-old teacher and revealing a lack of enforcement to punish wrong-doers.

In his tweet, he wrote, “my cousin was sexually harassed by a 50-year-old teacher, but luckily she fought back.”

“The guy was transferred.”

However his tweet did not end there as when his uncle wanted to report of the incident to the authorities, the school, however, intervened in stating that they should pity the teacher as he was close to retirement.

To his horror, his cousin was one among the five who fell victim to the teacher.

“Malaysia is a rapist/paedophile sympathizer.”

His tweet which drew 3,567 retweets and 1,537 likes, drew scathing comments against the teacher as well as the school, in part the failure of the school to act.

A netizen commented in stating that the school was looking after their Key Performance Indexes (KPI) which will affect bonuses should a report be made.

Another shared her own experience of being sexually harassed when she was 17 that went unreported!

One person said how even though she was harassed 14 years ago, the incident still traumatizes her to this day!

The third respondent wrote “back in primary school my experience was much worse.”

“After informing the school principal, an investigation was underway.”

“At the end of the day, I was transferred to Sabah, whilst a friend told me that the teacher was promoted to become a discipline teacher.”

It’s time that we put a stop to sexual harassment and understand that anyone can be responsible for sexual grooming.

It’s time we voice out!

Also read: Police: Most Child Sex Abusers Are Known By Their Victims, Cases Expected To Increase During School Holiday 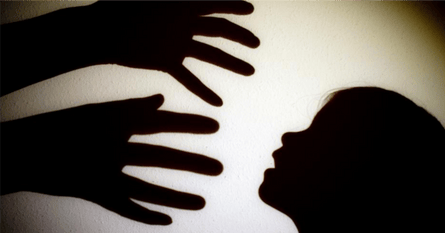