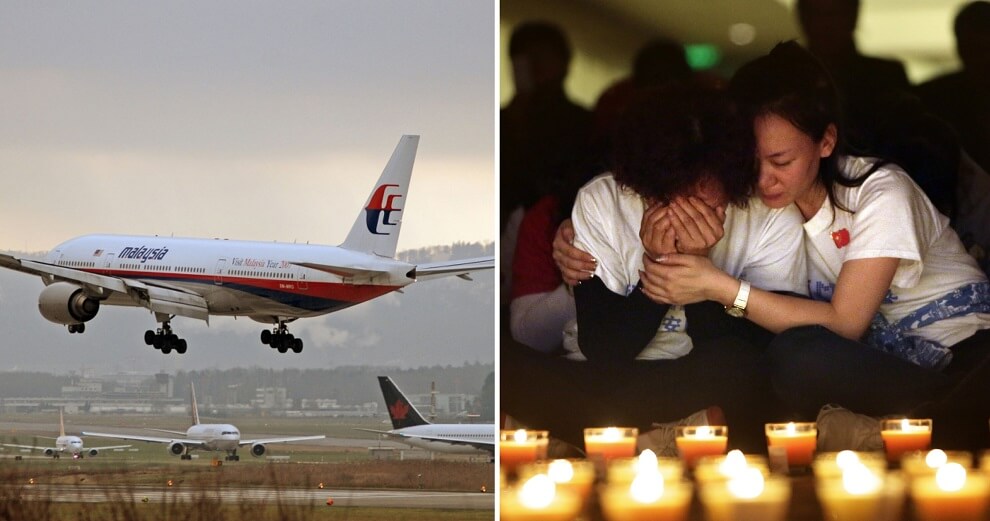 On the morning of 8th March 2014, the world was shocked when news of Malaysia Airlines flight 370 (MH370) disappearing off flight radars after departing Kuala Lumpur International Airport (KLIA) surfaced. Today marks the 5th year anniversary of the plane’s disappearance and while MH370 has still not been found, many questions regarding this mystery still remain.

In honour of the anniversary of aviation’s greatest mystery, here is a recap of the chronology of events that took place prior to the plane’s disappearance and the investigations that ensued;

1. The first hour after takeoff 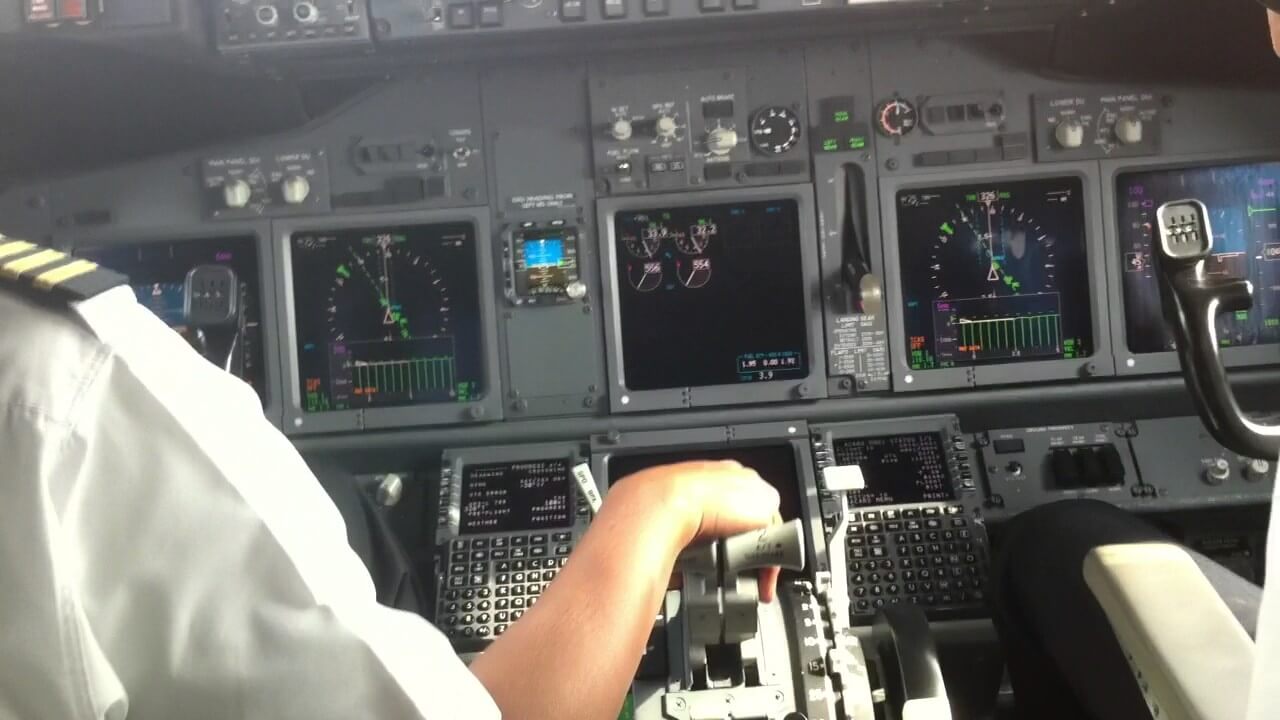 At 12.42am Malaysian time, MH370 took off from KLIA and was expected to land at the Beijing Capital International Airport at 6.30am local time. The flight carried 239 passengers and crew members on board.

Then at around 1.19am, MH370 was already over the South China Sea between Malaysia and Vietnam, during which the flight was instructed to contact Vietnamese air traffic control (ATC).

Those were the last words from MH370, uttered by the flight’s captain Zaharie Ahmad Shah. Just minutes after signing off, the plane’s transponder stopped working and then vanished from Malaysian civilian radar at 1.30am but remained on military radar for another 45 minutes. An excerpt from the Ministry of Transport’s final report on MH370’s disappearance reads,

“The Military radar data provided more extensive details of what was termed as “Air Turn Back”. It became very apparent, however, that the recorded altitude and speed change “blip” to “blip” were well beyond the capability of the aircraft.”

Military data also showed that the plane was at a constant left turn, crossing the Malaysia-Thailand border and a significant variation in height (between 31,150 and 39,116 feet) was also recorded. 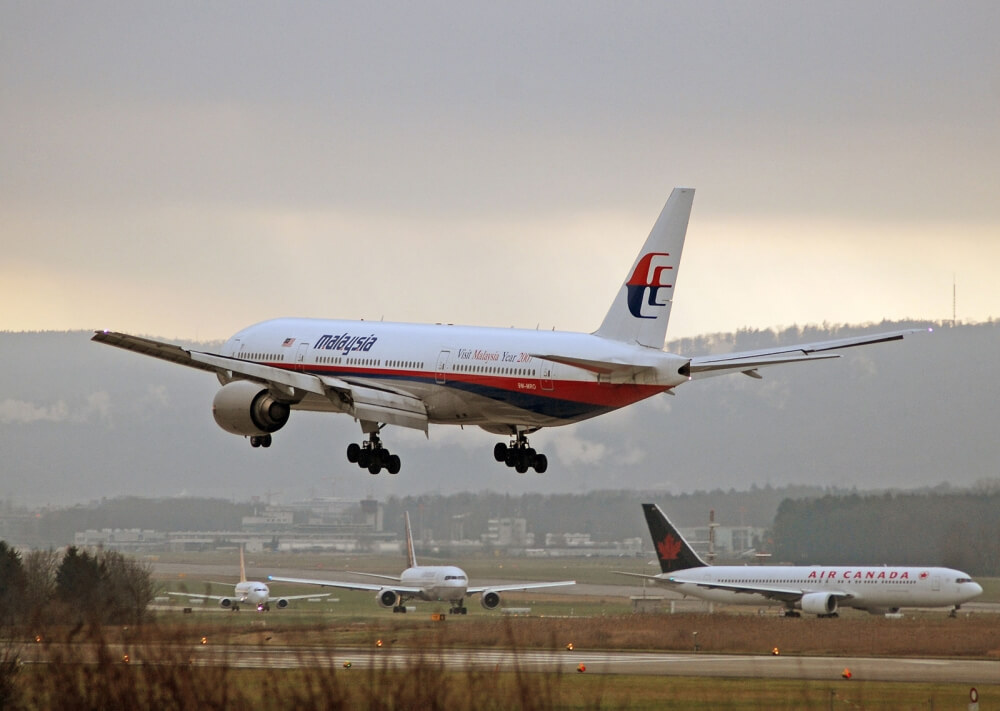 Flight MH370 then disappeared from Malaysian military radar at 2.22am as it was detected at the north-west of Penang, but its connection to its satellite datalink was re-established 3 minutes later at 2.25am. The plane’s satellite data unit (SDU) began responding to five hourly automated status requests. It even received two ground-to-aircraft telephone calls, both of which went unanswered.

Then, at 8.19am, the aircraft’s SDU made a final transmission. It is believed that this transmission was made between the time the plane had exhausted its fuel and when it had presumably entered the ocean. 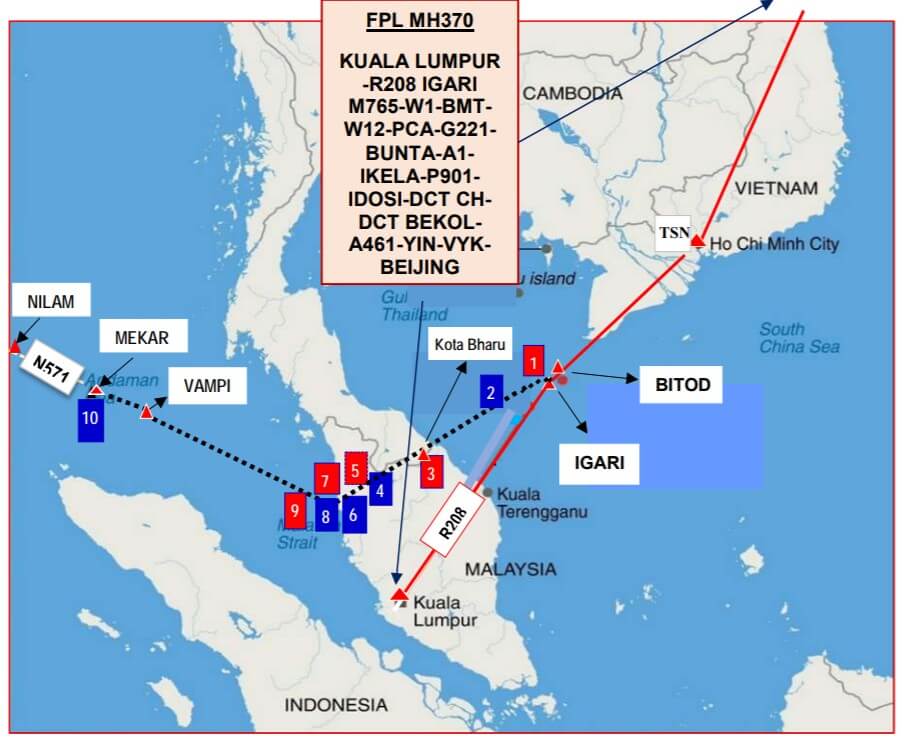 After four hours of communication between ATC centres, the Kuala Lumpur Aeronautical Rescue Coordination Centre activated their services at 6.32am. The report on MH370 also highlighted that rescue efforts were however delayed due to the communications between Malaysian and Vietnamese ATCs.

Vietnam’s ATC reportedly did not notify the transferring unit in KL that they were not able to establish communications with MH370 within the first five minutes. The ATC in KL, however, relied on position information provided by MAS Flight Operations instead of contacting their Vietnamese counterparts. An excerpt from the report reads,

“The Air Traffic Controllers of both Centres did not initiate the various emergency phases as required then, thereby delaying the activation of the alerting and Search and Rescue operations.”

About an hour after that, Malaysia Airlines released a press statement at 7.24am announcing that contact with flight MH370 had been lost.

4. The long and heartbreaking search

As soon as news of the flight’s disappearance broke, local and international media went into a frenzy while search and rescue efforts went underway. After about two weeks of search and rescue operations, Malaysia Airlines officially announced on 24th March 2014 that MH370 was presumed to have ended in the Southern Indian Ocean.

We deeply regret that we have to assume that #MH370 ended in the southern Indian Ocean. We humbly offer our sincere…

According to an announcement issued by then Director General of the Department of Civil Aviation Malaysia Azharuddin Abdul Rahman, search and rescue efforts involved the collaborative efforts of 25 different countries. The initial search and rescue phase was carried out between 8th March to 28th April 2014 and covered the South China Sea, the Straits of Malacca, the Andaman Sea and the southern Indian Ocean. It was ultimately believed to have ended up somewhere off the Western Australian coast.

Operations then switched to a search and recovery phase after 28th April, as the Australian Maritime Safety Authority (AMSA) moved to an underwater search, which officially commenced on 6th October 2014.

On 29th July 2015, a right flaperon from a Boeing 777 plane was found on an island in the western Indian Ocean called Réunion. A year later, left and right outboard flaps were found in Mauritius on 10th May 2016 and in Tanzania on 20th June of that same year. These three parts have all been confirmed to have belonged to MH370. Meanwhile, 24 other parts found in the northwest corner of the Indian Ocean have not been confirmed. 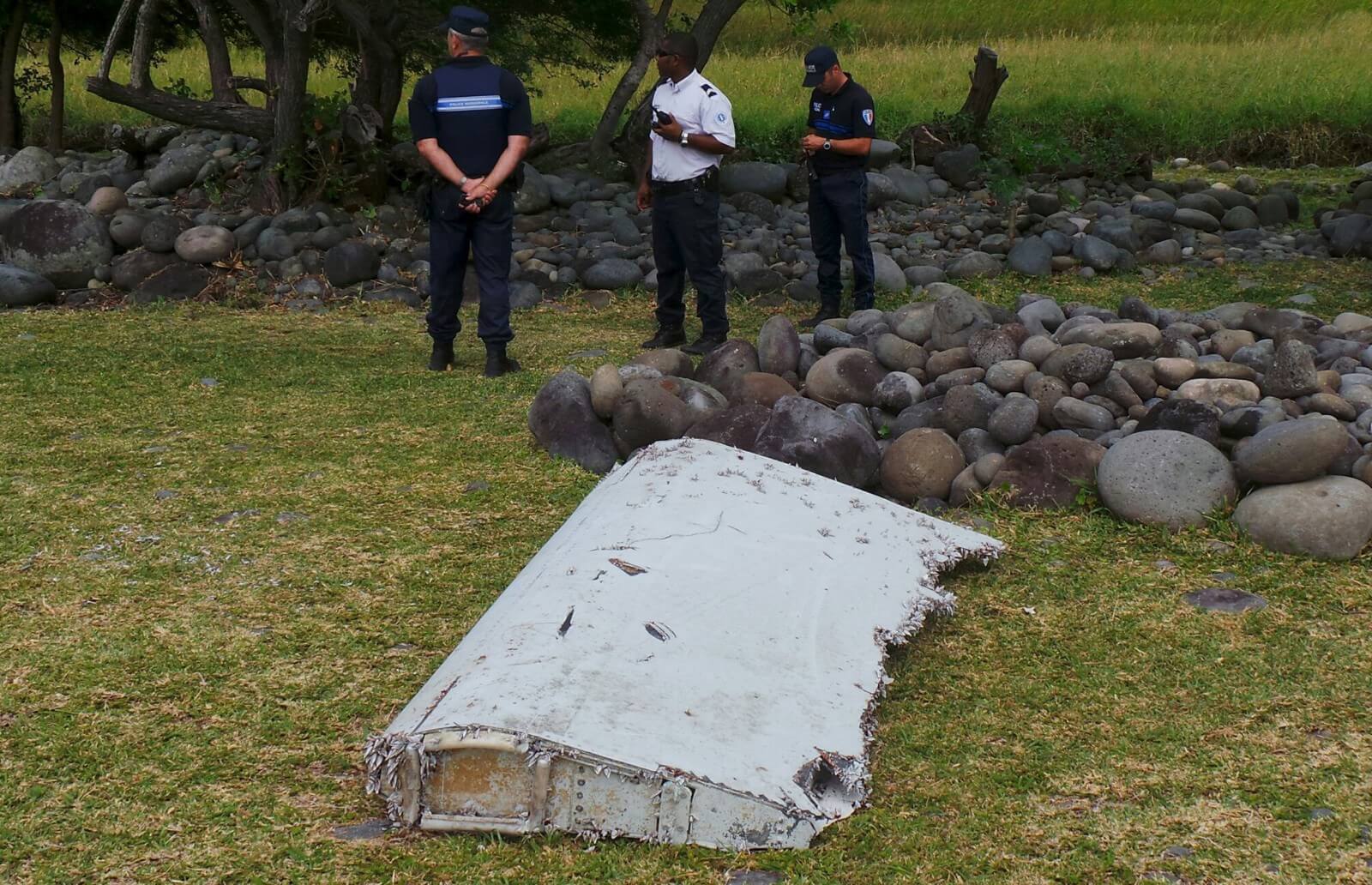 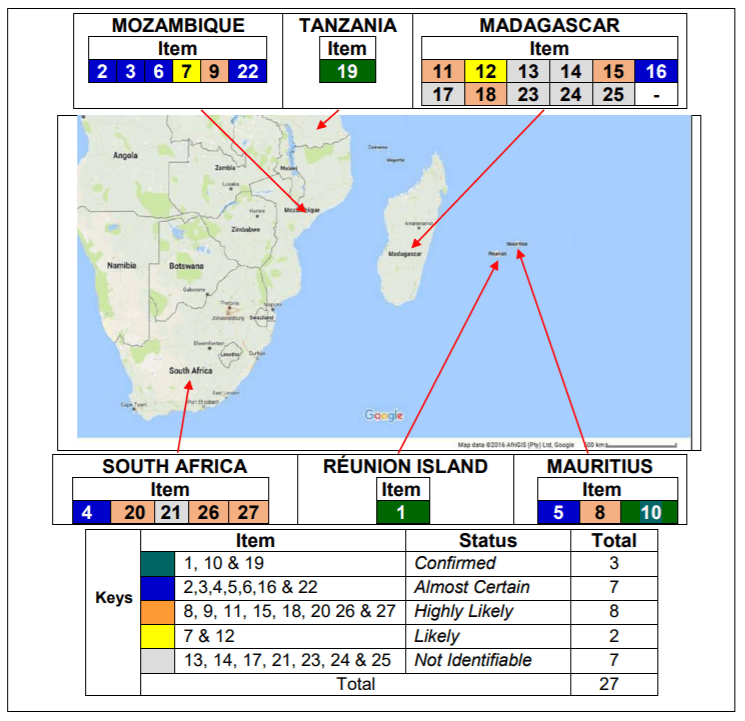 In January 2017, the underwater search for MH370 was suspended after the plane was not located. In total, 27 pieces of debris were found in various parts of the world.

One year later in January 2018, Ocean Infinity officially began their search for the missing aircraft but ended their search in May of the same year after failing to find any sign of the wreckage.

Meanwhile, the Ministry of Transport’s final report on this mystery was not able to determine the true cause of MH370’s disappearance due to a significant lack of evidence. 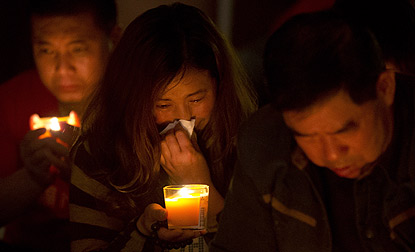 Now, on the fifth anniversary of MH370’s disappearance, passengers and crew’s next-of-kin are still waiting for answers. Intan Maizura Othman, 38, for example, who is the wife of one of the fateful plane’s crew members named Mohd Hazrin Hasnan, still hopes that the truth behind the aircraft’s disappearance will one day be revealed. Her second child, 5-year-old Muhammad Mohd Hazrin, had never met his father since birth. Intan told Astro Awani,

“I understand it is not easy for the government to solve this issue, but I hope that the truth will be revealed one day. If my husband is still alive, I just want to know. If he isn’t, then tell me he isn’t. That is all I want to know.”

She added that she still does not know how to answer her son whenever he asks her if his father is alive.

A support group for the families of those on board the fated flight, Voice 370, has also been fighting for public attention to be drawn to this ongoing issue, urging the Malaysian government to set aside RM273 million to encourage exploration companies to take on “no cure no fee” missions.

While today does mark the fifth anniversary of MH370’s disappearance, this tragic event is still fresh in our memories. We will never forget this disappearance and hope that one day, this plane will be found.

Also read: 30 Years Ago Today: The Tragic Collapse Of A Bridge That Injured Thousands in Penang 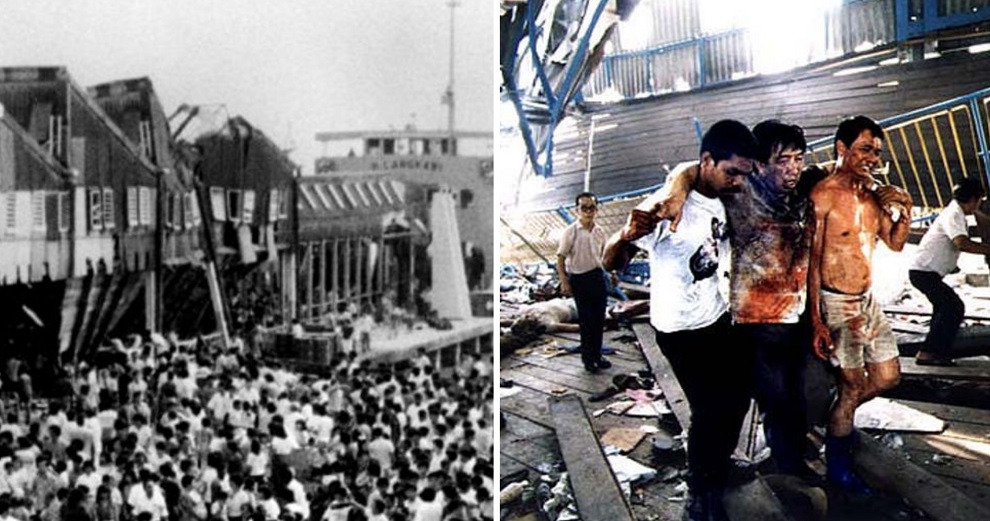