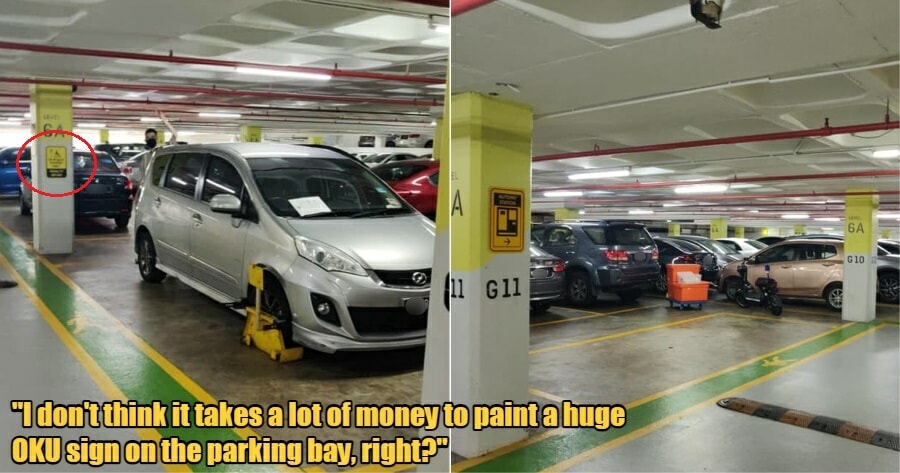 Malaysians have always had the tendency of parking their vehicles wherever they like, including in disabled parking spaces.

Bryan Chin took to his Facebook to showcase how his car had gotten clamped at the Lot 10 Kuala Lumpur parking lot, after he had not noticed the tiny ‘OKU Parking’ signage on the pillar of the lot. 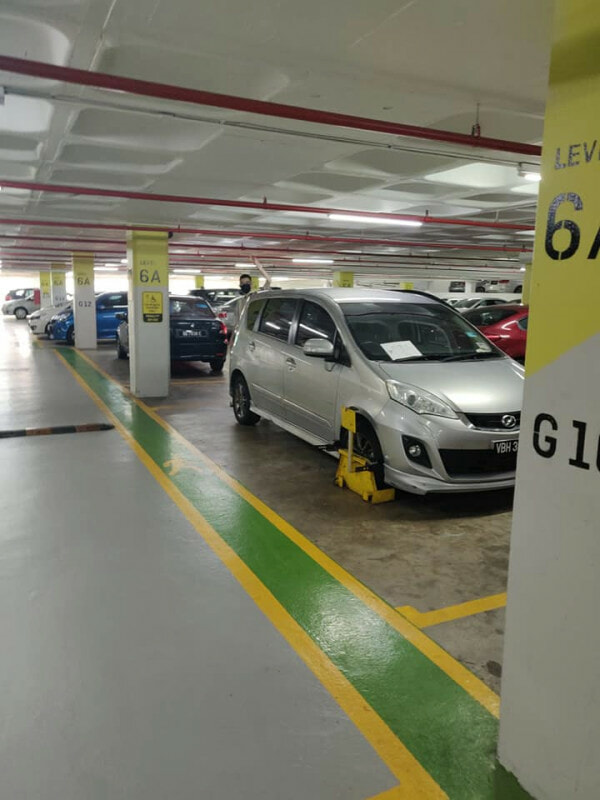 He wrote, “So, yesterday, I went to Lot 10 for a meeting. Was running a bit late, so I was kinda glad that I managed to find a parking spot without going too high up the parking lot. Went for my appointment and after that when I got back to my car, lo and behold it was clamped.”

“Now honestly, I want all of your reading this to look at these pictures without zooming in. Can you see any OKU/Disabled parking signages?”

Before you guys strain your eyes, we’ll just point out that there is only one small ‘OKU Parking’ signage on the pillar behind Bryan’s car (as seen in the first and third picture in this article). 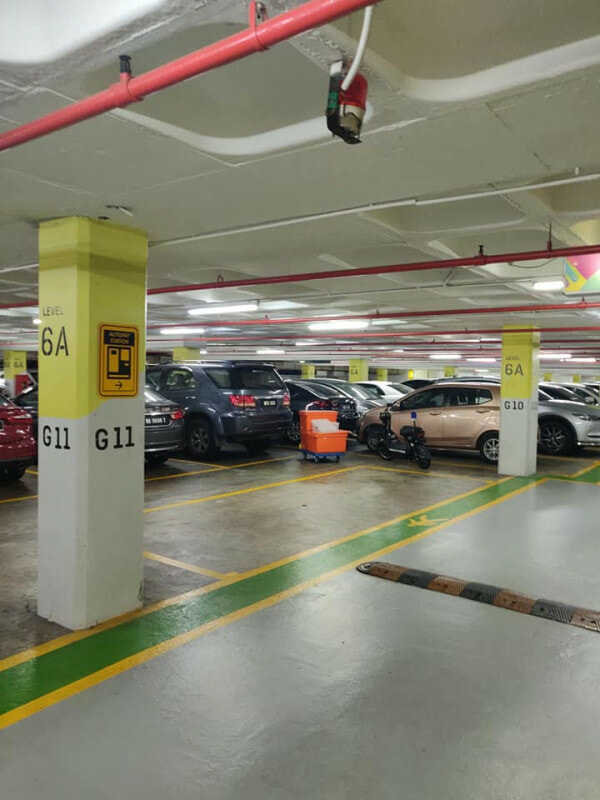 Unhappy with the situation at hand, Bryan proceeded to the management office to discuss the clamping with the appropriate parties.

“When I reached (the management office), I told my story to the kakak working there and immediately, she told me to wait and she called her colleague. Over the phone, she told her colleague, ‘you clamped his car, please come and deal with this’.”

Bryan waited for the kakak’s colleague to arrive, but he never did, prompting Bryan to take his phone number from the kakak.

“After talking for awhile, he told me that it was orders from his boss who isn’t working on that day,”

“So I continued to argue with him, I told him that if I knowingly did something wrong, I would gladly pay the RM100 fine. The problem is, the OKU sign is so damn small, it’s looking like they are purposely trying to scam me,” Bryan explained. 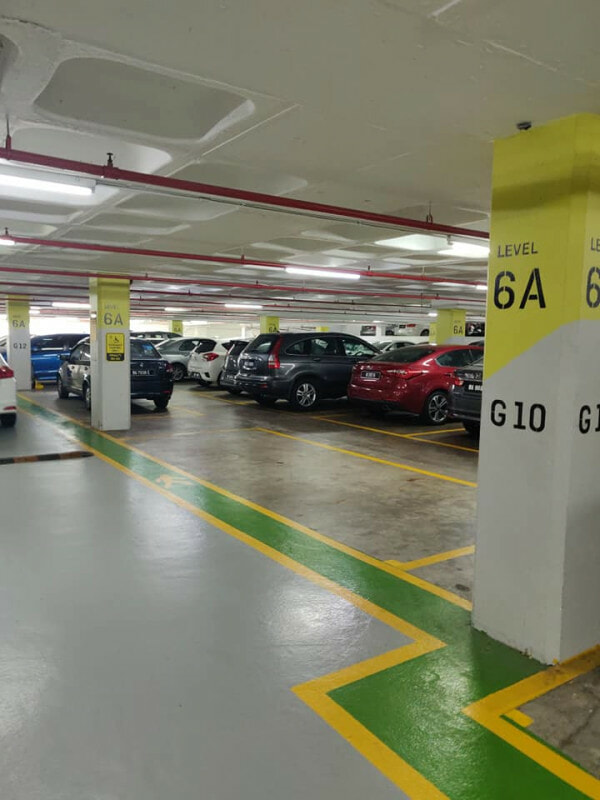 The staff member ended up calling his boss, who then gave Bryan a 50 per cent discount on his fine.

“Okay, here’s the thing that gets me the most la, if you’re offering me a discount, it means that you kinda agree that I’m right la, isn’t it?”

Bryan ultimately paid off the discounted fine and left, but not before asking the kakak, “Does this happen very often? People parking at that spot without realising it is an OKU parking spot?”

She allegedly just smiled to avoid answering the question.

Feeling like he was being scammed, Bryan shared his experience in an effort to call for better guidelines when it comes to OKU parking signages. 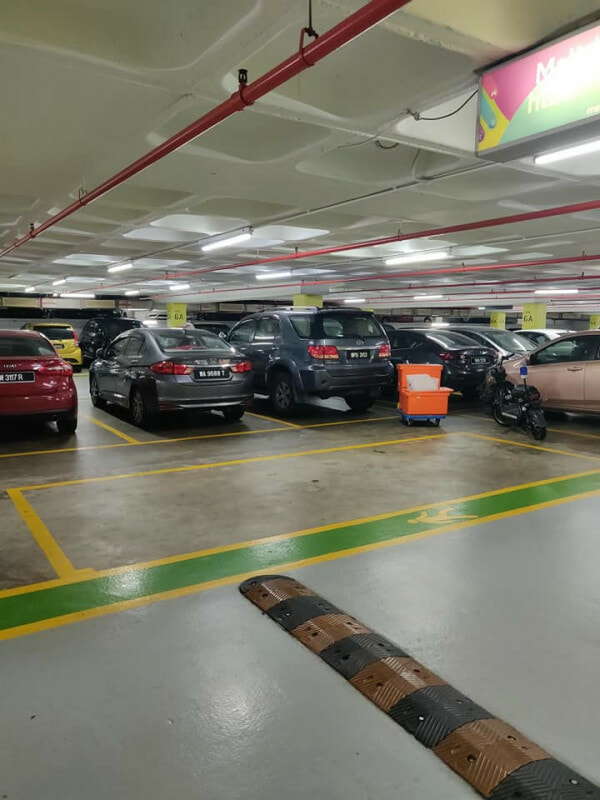 “I don’t think it takes a lot of money to paint a huge OKU sign on the parking bay, right? Or just put a bigger OKU signage on BOTH SIDES OF THE PILLARS. It’s not so much about the RM50 that I’ve paid. This just isn’t right,” he said.

Netizens have since pointed out that the parking space does not match up to the authorities’ guidelines and standards for OKU parking spots. 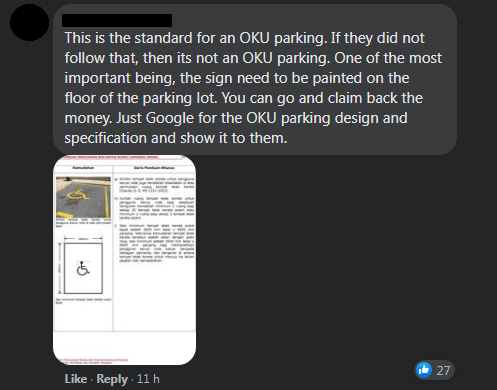 WORLD OF BUZZ has since reached out to Lot 10 Kuala Lumpur for comment but have yet to hear back.

Who do you think is at fault? Let us know in the comment section. 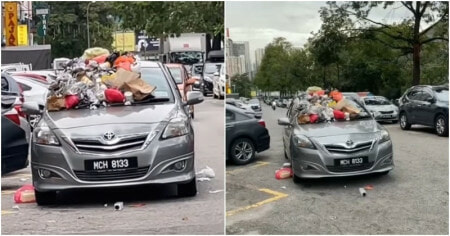