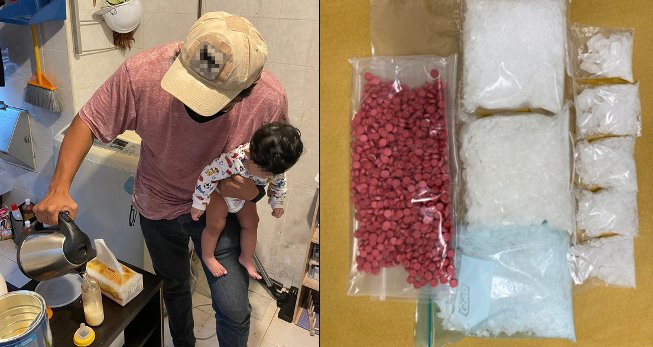 Three small children including a 10-month-old baby were found during an island-wide operation by the Central Narcotics Bureau (CNB) that arrested 104 suspected drug offenders between July 12 and 16 in Singapore.

According to a post on CNB’s official Facebook page, the children is now safe and being cared for by their immediate family members. During the raid, an officer saw the 10-month-old baby and immediately prepared milk for him. He explained,

“As a father of two daughters, I immediately knew this baby needed to drink milk when I saw him cry. It was sad to see this innocent victim raised in such an environment. This is the reason why CNB officers are motivated to give their best when at work.”

CNB also shared that a total of 1.8 kilograms of ‘Ice’, 535 grams of Ecstasy pills, 191 grams of heroin, five grams of new psychoactive substances (NPS) and six Ecstasy pills estimated to be worth over $198,000 (about RM614,000 were) seized. The youngest individual arrested and suspected of drug abuse was a 16 -year -old Singaporean boy. 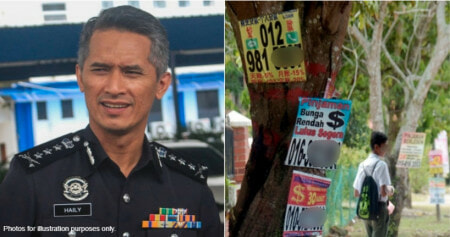