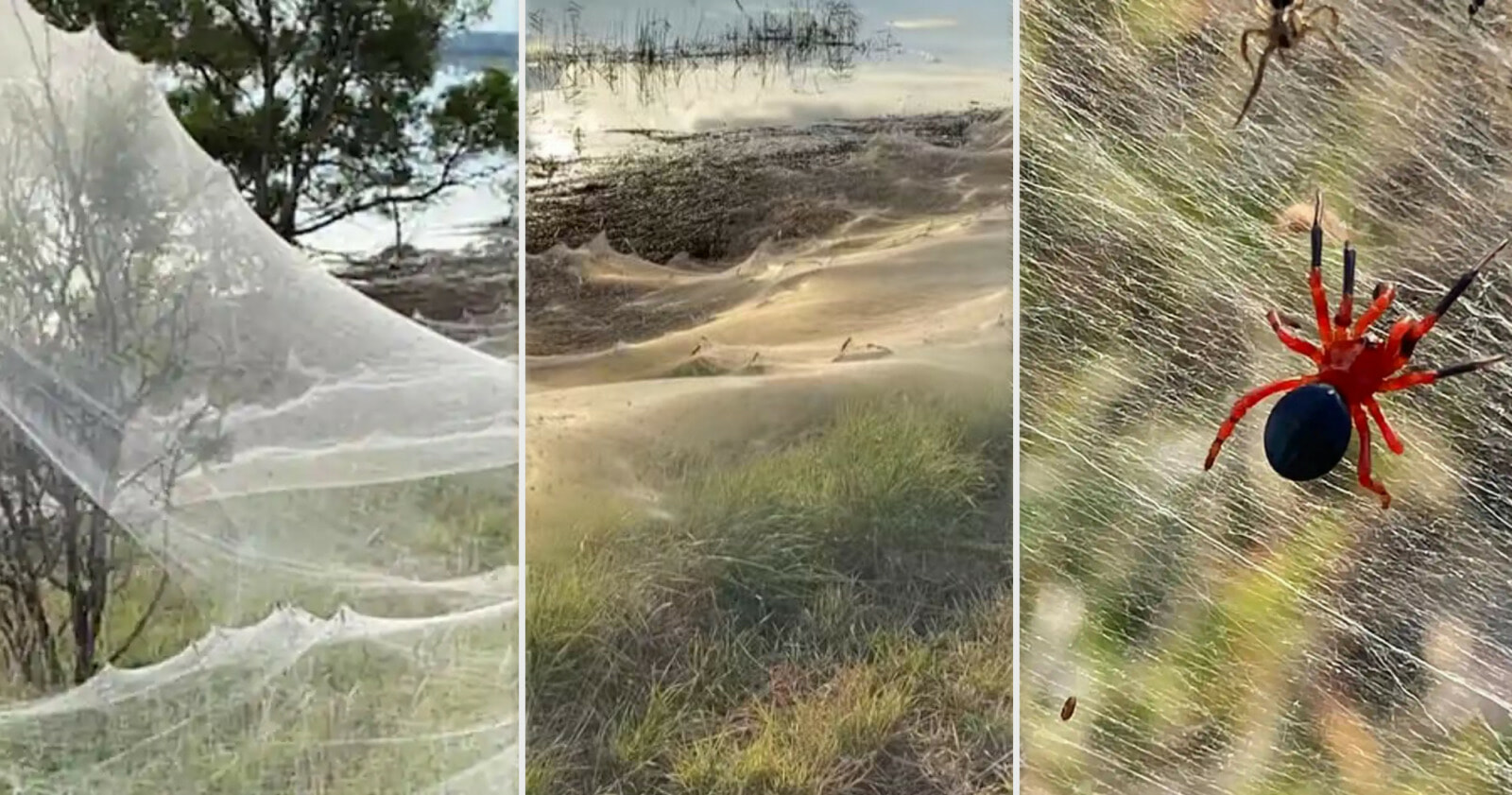 Residents of the town of Traralgon in East Gippsland, Australia woke up to surreal scenes straight out of a horror movie earlier this month after finding almost the entire town being covered with layers of spider webs. As reported by The Guardian, waves of spider webs covered the town in eastern Victoria across paddocks, trees, roadsides and more.

The incident happened after the area was hit with flooding and wild whether which disrupted the local spider populations. The spiders then sought higher grounds to avoid rising waters including going atop road signs, trees, tall grass and virtually anything that they could find. 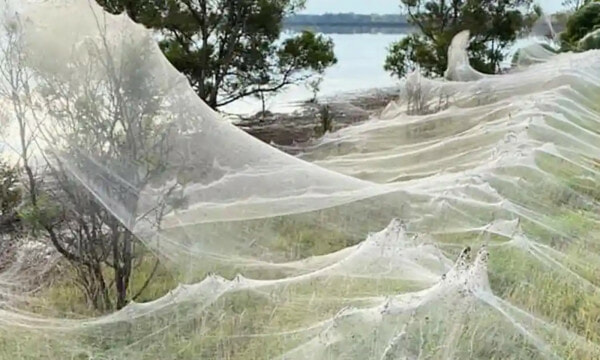 The spider webs look like waves as winds blew through the town which makes it beautiful and terrifying at the same time. According to Dr Ken Walker, a senior curator of entomology at the Melbourne Museum, there are millions of spiders all over these webs which could be seen if you took a closer look at them.

While the sight is quite peculiar, Walker said that the phenomenon is not something new in Victoria. He commented,

“It’s a semi-regular occurrence in Victoria in wintertime when we get most of our rain. Spiders can make a wide range of different silks and one of the silks they use for this behaviour – ballooning – it’s a very, very thin little silk that they use… to fly away with the breeze. They could fly 100km.” 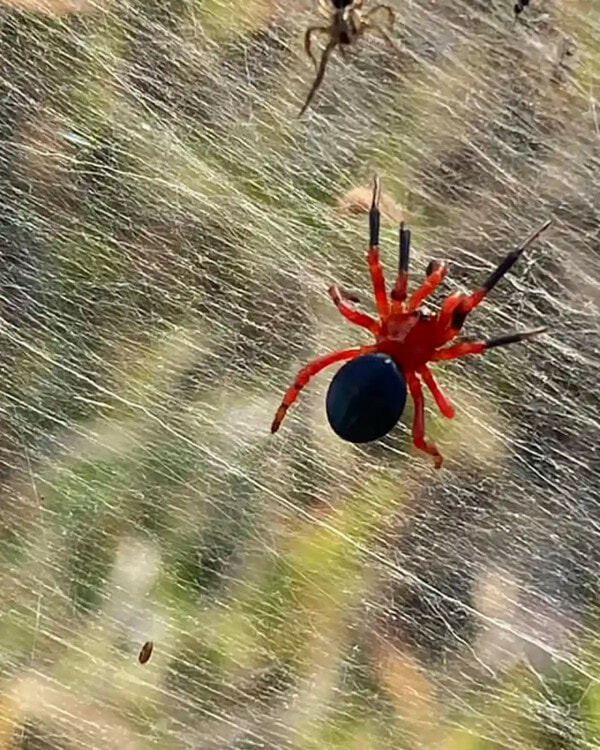 Walker further explained that due to the massive flooding that happened quite quickly, the spiders used their ballooning web to throw up as a lasso on top of the vegetation. After the web got caught to the higher ground, the spiders then quickly climb up.

As millions of spiders did the same thing all at once, the webs ended up hooking on to each other and literally covered the countryside. Walker said this phenomenon is called the ‘gossamer effect’ caused by a spider species called the ‘vagrant hunter’. These spiders live on the ground an do not build a web but instead only threw up a single thread of silk to escape the flood. Hence, each line of silk seen in the photo is actually from one spider which means that the whole ‘web’ was created by millions of spiders. 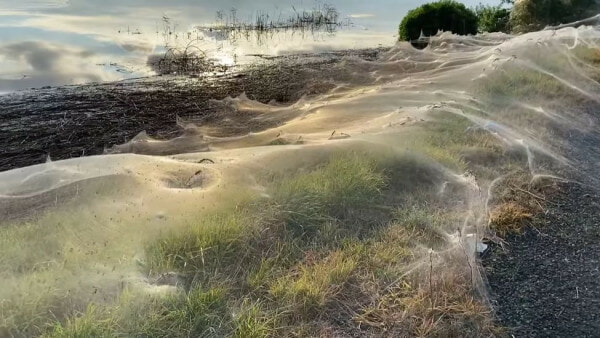 Following the phenomenon, the town become quite popular with locals who want to witness the beautiful yet terrifying event. Moreover, the threads of these webs are so thin that it won’t last for long hence many Australians are now heading to the town to see the event while it lasts.

What do you guys think of the whole phenomenon? Would you pack your bags to Australia just to see the event first hand? Share your thoughts with us in the comments.

Also read: Did You Know That Scorpion Tailed Spiders Can Actually Be Found In Malaysia? 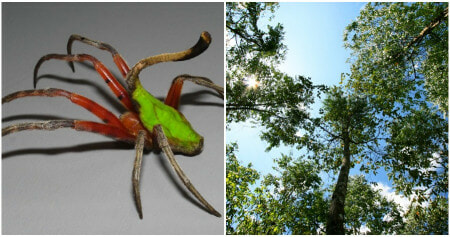