The start of April usually marks the beginning of Qingming Festival, otherwise known as Tomb-Sweeping Day. It’s one of the most sacred seasons in the Lunar calendar, but this year (2019), it claimed the life of one unlucky man.

In the Si Racha district of Thailand, a man named Pisit and his relatives were sweeping the tombstones of their ancestors at the Cheng Leng Thai-Chinese Cemetery this past Sunday (March 31), when a freak storm happened. The family rushed to leave the site to find shelter, but Pisit was suddenly struck by a flash of lightning. 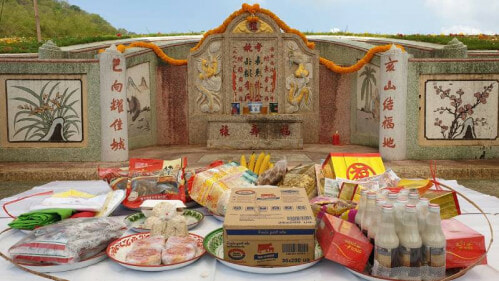 The force of the strike rendered him unconscious, and his relatives rushed him off to the hospital. Unfortunately, doctors weren’t able to resuscitate him, and he was pronounced dead soon after. Apart from Pisit, two other relatives were injured as well, but their wounds were minor and thus did not need to be hospitalised.

When interviewed on Monday (April 1) by Coconuts Bangkok, Lt. Col. Tienchai refuted media speculation that linked the incident to the presence of cell phones in the family’s pockets. Prior to that, a number of local tabloids had surmised that the electricity from the lightning was drawn to the cell phones, which worsened the impact of the lightning strike.

At this time, the victim’s body has been sent for an autopsy, and the coroner’s results will be revealed in about a month. Out of 18 lightning-related incidents that were reported in 2016, half of them were fatal, and 10 of them took place in open fields. A 2014 study estimated that 6,000 people die from lightning strikes every year.

Of all the times to be struck by lightning, who would’ve thought it would be when this poor man was carrying out a sacred ritual! We would like to extend our deep condolences to his family and loved ones, and to everyone else, we hope you’ll take extra care during Qingming this year, especially since the weather has been more volatile than ever.

Also read: 19yo Gets Struck By Lightning While Playing Football in Shah Alam & Tragically Dies 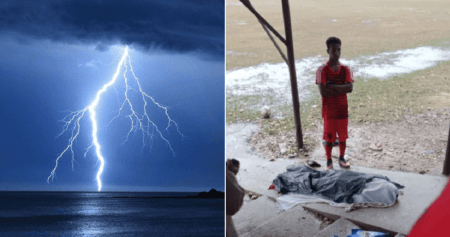