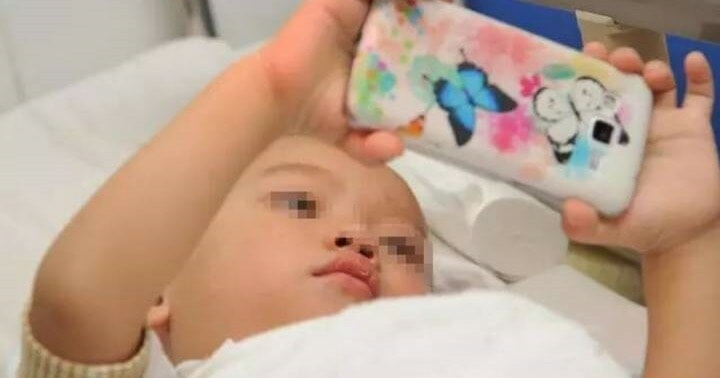 Many parents are resorting to the help of technology to entertain their little ones, and one of the easiest ways to do so is to hand over a smartphone so that they will keep quiet. However, you might want to think twice about allowing them to use these devices at such a young age because it can be really bad for their eyesight. 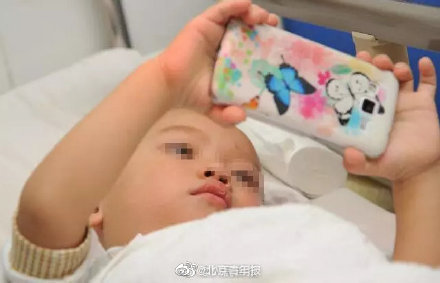 According to China Times, a little girl identified as Xiao Man from Jiangsu was only two and a half years old when she was diagnosed with severe myopia (short-sightedness). Apparently, Xiao Man’s parents were not strict with her, so when she was only one year old, they already allowed her to use a smartphone.

They found that she was quiet and calm when using a smartphone, so her family members just let her play with the gadget for hours. Over the year that followed, Xiao Man developed habits such as squinting and frowning, but her family members thought that it was just bad habits developing and didn’t do anything about it. 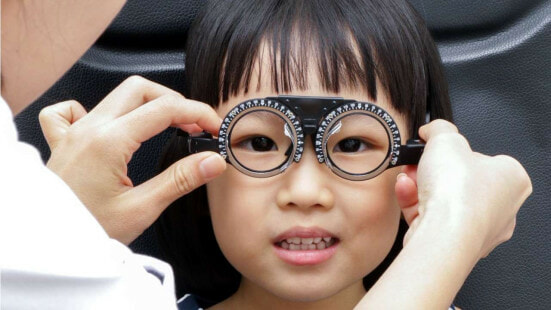 For illustration purposes only | source: scmp

That is, till one fateful day when Xiao Man’s parents decided to bring her for a check-up and were shocked to discover that their daughter had developed 900-degree short-sightedness. That’s really serious for someone so young! The doctor at the hospital said that Xiao Man was too young to use electronic devices, and the damage done to her eyes was irreversible. He also said that it was possible that as she grows older, her short-sightedness could worsen.

The doctor advised that children below the age of three should not be allowed to use electronic gadgets at all, while those aged between three and six should only use these devices for a maximum of 30 minutes each day. He added that parents should be on the look out for symptoms or behaviour from their kids that could be signs of problems with their vision. These include frequent rubbing of eyes, frequent blinking, squinting, frowning and similar actions.

Take note, parents! You don’t want this to happen to your child!

Also read: 4yo Ends Up With 650-Degree Short-Sightedness After Grandma Lets Him Play With Smartphone Everyday 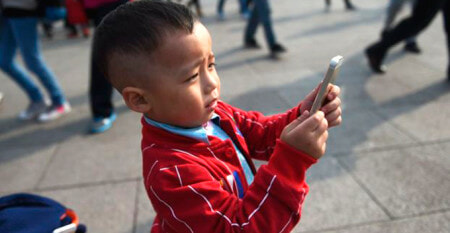