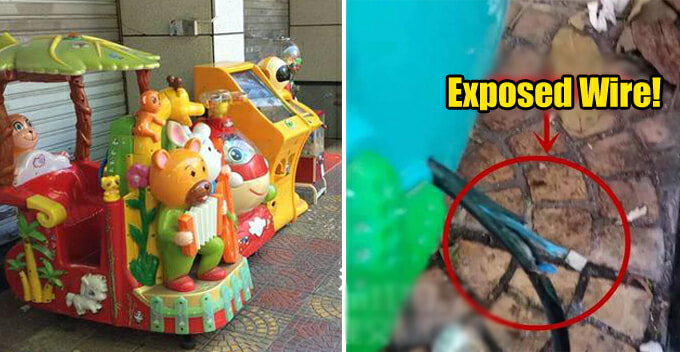 Who would’ve thought that an innocent kiddie ride could turn into a tragedy for this baby? 🙁

On 19 April, a baby was unfortunately electrocuted after taking a coin-operated kiddie ride with his grandfather. This tragedy happened in Fuzhou, China. On the day of the incident, the grandfather had taken his one-year-old grandson to a convenience store and put him on the coin-operated ride. He then sat on the bench nearby while watching over the baby.

After 10 minutes, he saw that the baby was tired and thus carried him over to the back of the ride for a rest. That’s when the baby stepped on an exposed wire and got electrocuted. 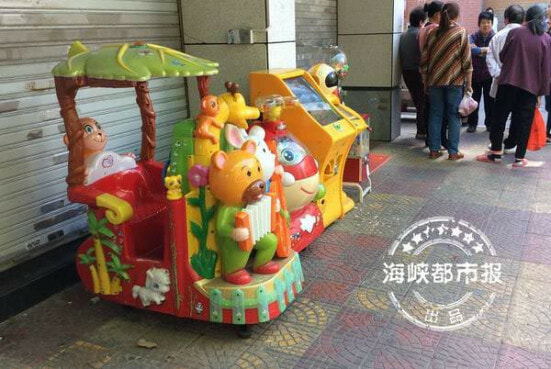 The poor baby became unconscious at the scene. His eyes turned green and he had lost control of his bowel movements. He was rushed to the emergency department of the hospital but the doctors couldn’t resuscitate him.

Following the incident, the police had also cordoned off the area pending investigation. The victim’s uncle had also condemned the owner of the machine for not carrying out proper maintenance and for leaving the exposed wire unattended. How irresponsible! 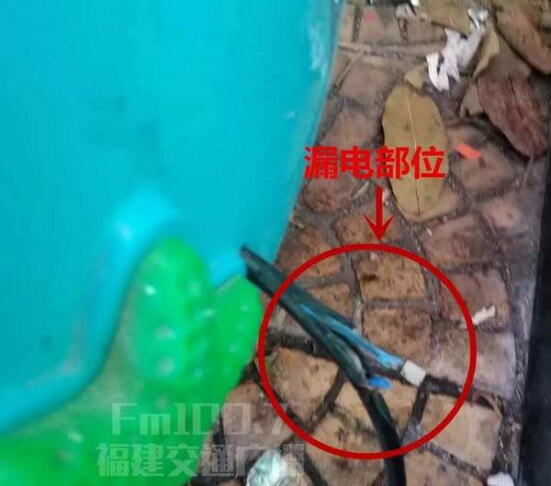 After all, this tragedy could’ve been avoided if the owner had wrapped up the exposed wire with black tape, the uncle said. He has also urged the authorities to look into this case and take stern action against the owner.

We’re certainly saddened by this incident and hopefully all parents would scrutinise those machines (as harmless as they seem!) before letting their children take the ride. RIP baby. 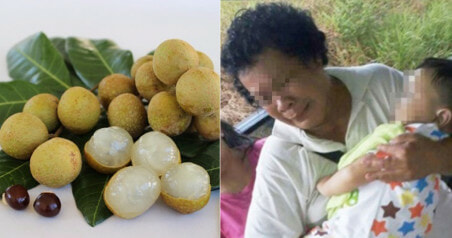