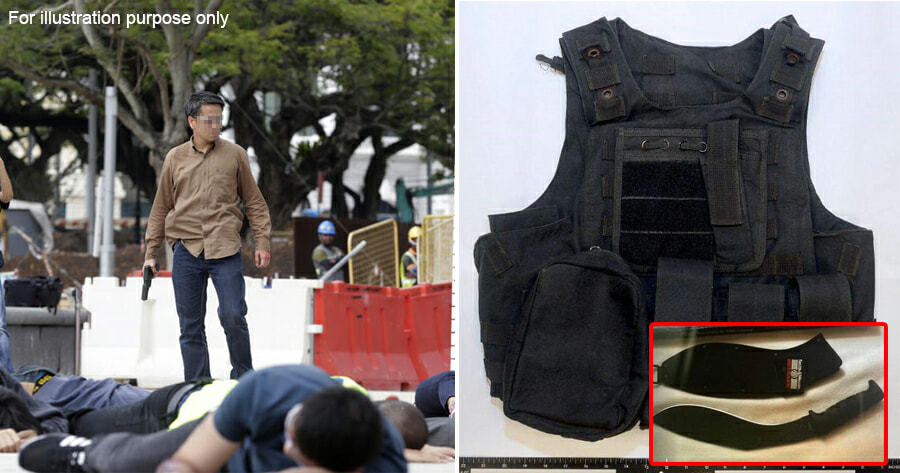 Disclaimer: The views, principles, beliefs and information expressed in this article are solely those of the parties involved in the case and do not reflect those of WORLD OF BUZZ.

A 16-year-old Singaporean boy was detained under Singapore’s Internal Security Act (ISA) in December 2020 after he was caught making plans to conduct terror attacks at two places of worship located at Admiralty Lane and Woodlands.

According to Today Online, the secondary school student, who is the youngest person to be detained under the ISA for terrorism-related activities, had been inspired by the mass shooting that took place at Christchurch, New Zealand in 2019 that was carried out by Brenton Harrison Tarrant.

The teen who was not identified due to his age is said to have acted alone as “his immediate family and others in his social circles were not aware of his attack plans,” the Internal Security Department (ISD) said, according to CNA.

He was planning to conduct the attack using a machete on 15 March, which is the two-year anniversary of the Christchurch attack.

“He was self-radicalised,” ISD said, adding that the teen had a fascination with violence.

“He watched the live-streamed video of the terrorist attack on the two mosques in Christchurch, New Zealand on 15 March 2019, and read the manifesto of the Christchurch attacker, Brenton Tarrant.”

Used Carousell, YouTube and Google Maps to plan his attack

ISD said the teen had done his research online using Google Maps and Street view on both locations to prepare for the attacks. He had planned his routes and even determined where to park his vehicle.

He also watched YouTube videos to prepare for the attacks using a machete and was confident of hitting his targets’ arteries by randomly slashing at their neck and chest areas.

Additionally, ISD said at the time of his arrest, the boy had added a machete to his favourite listings on Carousell but had not made the purchase. He had listed a Smith & Wesson machete costing S$190 (RM576.61) and was planning to save up to buy it when the time came. 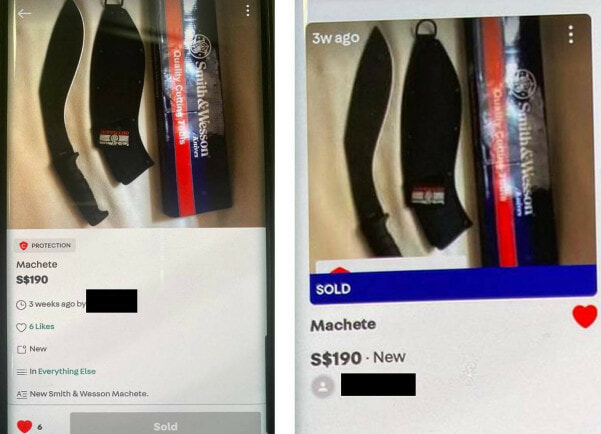 Carousell’s vice president of operations Su Lin Tan said the listings have since been taken down as knives that are not meant for culinary or domestic use are not allowed to be sold online.

Furthermore, the teen had purchased a tactical vest from Carousell last November intending to embellish it with right-wing extremist symbols.

“He also wanted to modify it so he could strap on his mobile device to live-stream the attack, just like Tarrant did,” ISD said. 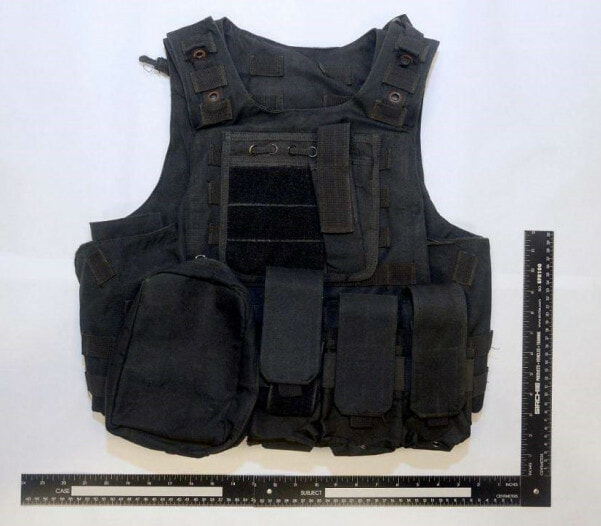 Planned to rent a car and purchase firearms online

However, he had no driving licence but was confident that he could “make it work”, according to ISD.

Initially, the teen wanted to use an assault rifle for the attack, just like how Tarrant did. He managed to find a potential seller on Telegram but suspected that it was a scam after the seller asked to be paid in Bitcoin.

The boy also looked up the Arms and Explosives Licence requirements and had considered joining the Singapore Rifle Association.

“He nevertheless persisted to search for firearms online, and only gave up the idea when he realised that it would be difficult to get his hands on one given Singapore’s strict gun-control laws,” ISD said, adding that the teen had also researched on how to make a triacetone triperoxide (TATP) bomb, and set fire to the buildings using gasoline, similar to Tarrant’s plan.

“He eventually dropped both ideas due to logistical and personal safety concerns,” ISD said.

The teen was found to have prepared two documents that he wanted to circulate before his planned attacks, with the first message directed to the people of France, which he drafted after the attack at a place of prayer in Nice on October 2020.

In the second document, the teen took inspiration from Tarrant’s manifesto, whom he deemed a “saint”, and said that “violence should never be solved with peace”, ISD said.

“He admitted during the investigation that he could only foresee two outcomes to his plan – that he is arrested before he is able to carry out the attacks, or he executes the plan and is thereafter killed by the police,” ISD said.

Law and Home Affairs Minister K Shanmugam said it was “quite chilling” to hear the teen saying this to ISD officers.

“He went in fully prepared, knowing that he is going to die, and he was prepared to die,” he added. 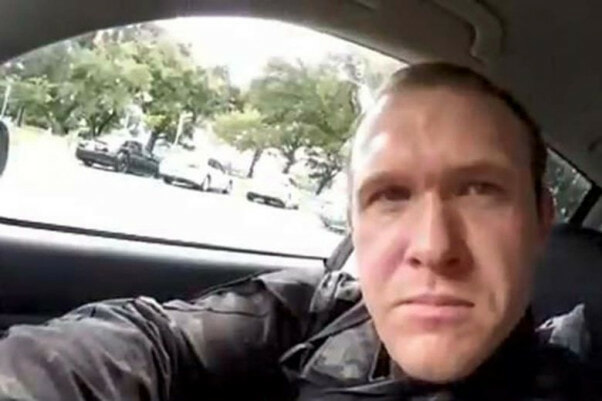 Put in detention and given psychological counselling

When asked if the teen will be charged with any crime, Mr Shanmugam said that “a court process may not be the best way to deal with” such individuals.

“In his case, it would be said in a court of law, that he was only thinking about it. He has planned it, but he hasn’t actually taken a step yet,” he said.

“So, in many countries, without laws similar to the Internal Security Act, you can’t move early until there is some further act of preparation.” 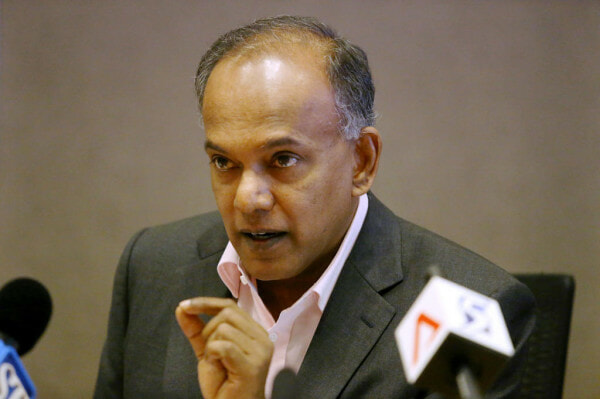 ISD said the teen will be given psychological counselling to address his propensity to violence and vulnerability to radical influences and will be able to continue education while in detention, with mentoring to guide him on pro-social behaviour.

“While in detention, he will undergo a holistic programme consisting of religious, psychological and social rehabilitation,” said an ISD spokesperson.

“He will be granted family visits and an aftercare officer will be assigned to his family to provide social and financial support if needed.”

For further detailed reports on this case, you can refer to The Straits Times, Today Online or CNA. 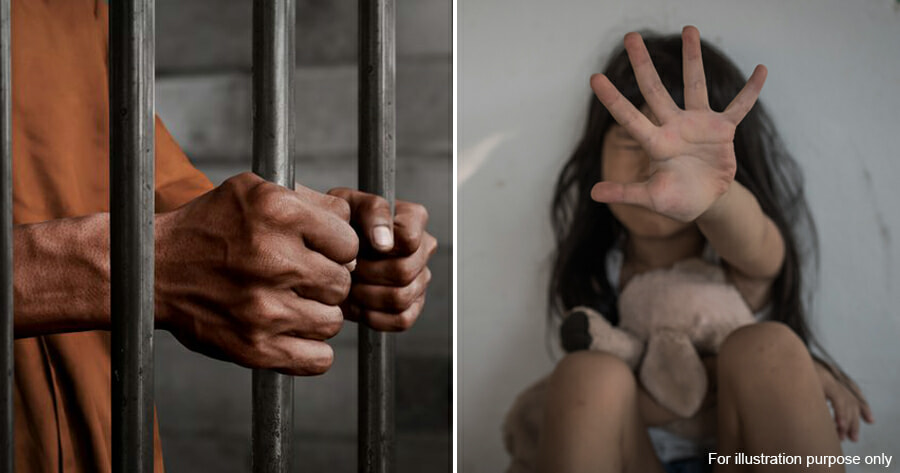