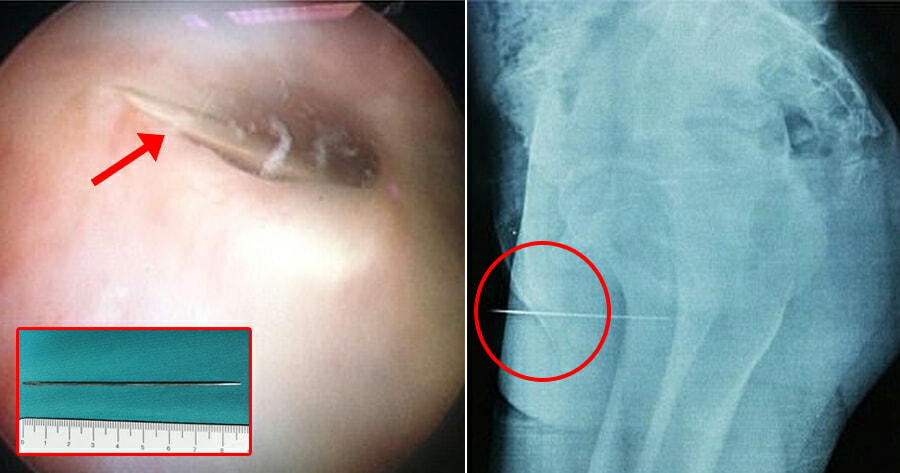 This sounds so painful!

A 14-year-old boy from Tunis, Tunisia, could not urinate for three days after he pushed a 8.89cm sewing needle into his penis for sexual pleasure.

The case was described by doctors as “very rare”. According to The Sun, the needle had been pushed so far into the boy’s penis that the doctors could not see it. However, an x-ray showed that the sharp object was about 5cm along the tube. 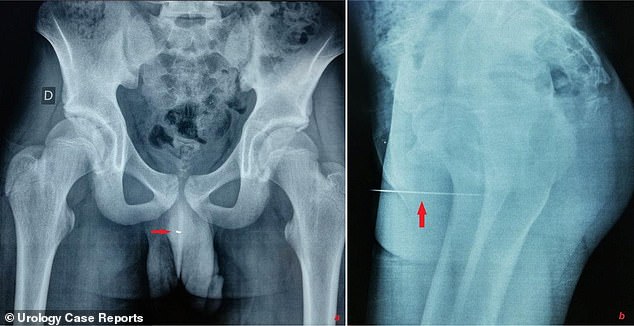 The boy had to be put under general anaesthetic before a surgery was performed to remove the metal object. The team was led by Dr Selim Zaghbib, who said that the “post-operative period was uneventful”.

“The patient was discharged after one day and referred to the psychiatric department, which confirmed that he had no mental trouble,” he said.

It was later confirmed that the boy did not have any psychological issues, but nevertheless, his school psychologist was appointed for follow-up care. The team also revealed that patients involved in cases like this often delay opening up about the problem due to “shame and embarrassment”.

Luckily, the boy was able to go home after the operation without any complications, according to China Press. Doctors said that the needle could have caused injury to the urethra or bladder and led to infection or even gangrene.

Also read: 12yo Boy Inserts 11cm Acupuncture Needle into Private Part So He Could Stay Awake to Complete Assignments 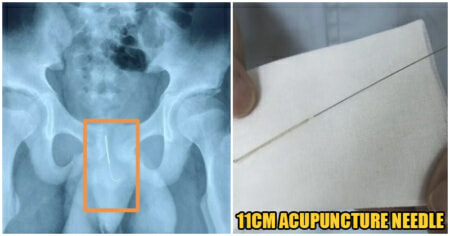