In our loan shark-infested towns, it’s admittedly quite common to hear of houses (or even see them) being attacked with loan sharks’ ultimate calling card: red paint. In most cases, the targets would be the houses of the debtors themselves.

If only that applied to these poor neighbours from Klang! A residential area in Klang was shaken to the core after a pair of loan sharks attacked in the wee hours of Tuesday (March 2), by splashing paint over 18 cars and 14 houses in total. The irony was that none of these houses actually belonged to the borrower, and were in fact his neighbours’. 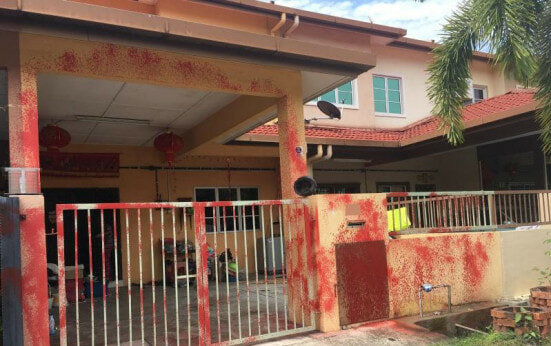 According to China Press, the strike occurred in Taman Pendamar Indah, a neighbourhood within Port Klang, at 3.30am. More terrifying still, is the fact that a similar incident had happened only two weeks ago. The brother of the debtor, named Lim said the loan sharks had ‘decorated’ his front door with red paint as well, and the damage was also done to his neighbours back then.

Lim, 36, told Sin Chew that since then, he has not only received a warning letter, but also numerous calls and text messages from Singapore. They generally carried the message that lodging a police report would do him no good, and some of the content even included clips of them setting things on fire. That’s one hell of a threat! 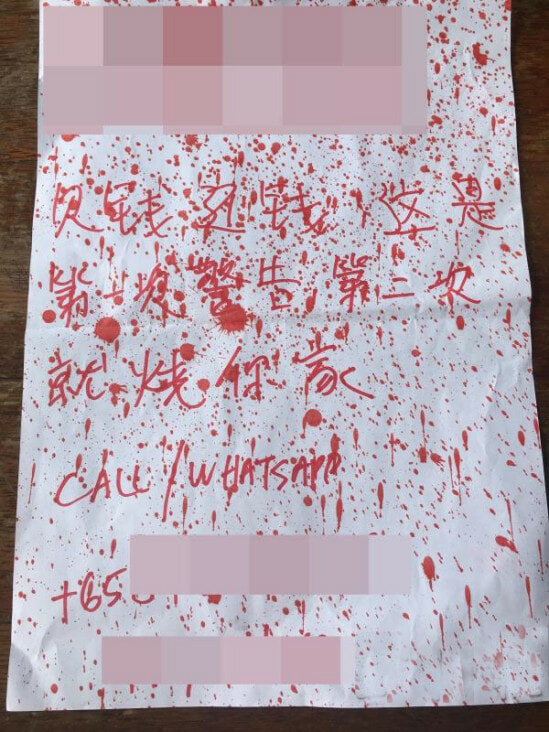 To make matters worse, the loan sharks had named him as his brother’s guarantor, even though Lim insists that he no longer keeps in contact with his sibling, and has never signed on for any form of guarantorship. “I don’t have a stable source of income, and definitely don’t have the means to settle these debts. Furthermore, my mother is sick and confined to our home, and I have to take care of her,” he said.

As a result of the damage, the affected neighbours have had to fork out great amounts of money to restore their cars. One of them had three cars splashed, and wound up paying RM1,400 just to clean one of the cars. All of this has left Lim extremely embarrassed and apologetic, as well as anxious to leave his house. 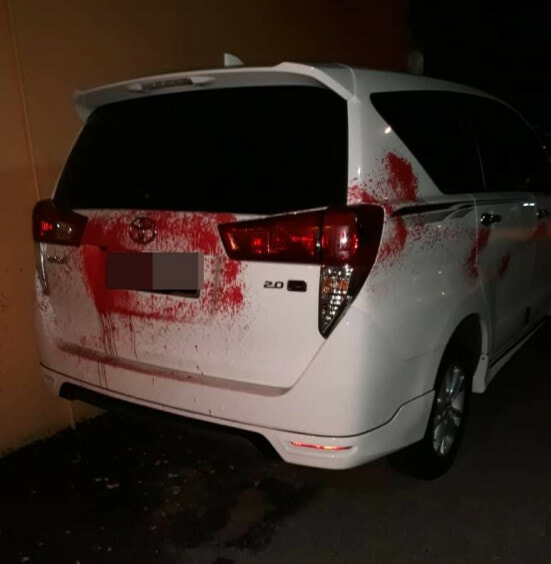 He suspects that his 34-year-old brother actually owes money to 10 different loan sharks, and went on to add that he has long been kicked out of the family home for taking drugs and stealing from his family members. One bad decision can be all that it takes, sometimes.

The red paint is not where it ends, as the loan sharks have threatened to set fire to the cars and houses so long as the money is not returned. Lim and some of the neighbours have reported to the police, and we really hope swift action can be taken as soon as possible to keep these innocent citizens from paying for one man’s grave mistakes! 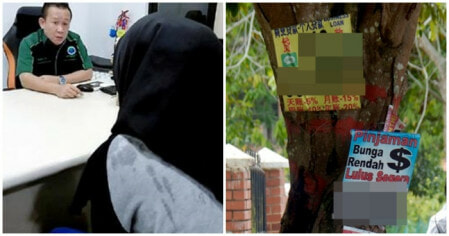