A total of 106 factories were ordered to close for violating the standard operating procedures of the Movement Control Order from the 1st of June to last Thursday (17 June). Senior Minister Datuk Seri Ismail Sabri Yaakob, as reported by Sinar, said that the closure order was issued as a result of inspections carried out on 486 factories by the Compliance Operations Task Force.

He also mentioned that the monitoring operation was carried out to ensure that the manufacturing and business sectors complied with the comprehensive FMCO SOP that was enforced. Meanwhile, Ismail Sabri, who is also the Minister of Defense, said the National Security Council (MKN) received a total of 382 complaints requiring enforcement action from various ministries or agencies from June 6 to 18.

He said, of the total, the highest complaints recorded involved violations of the instruction limit on the percentage of employees’ attendance at employment premises.

Also read: Man In Penang Opens Gym After Customer Asks Him To, Gets Fined RM10,000 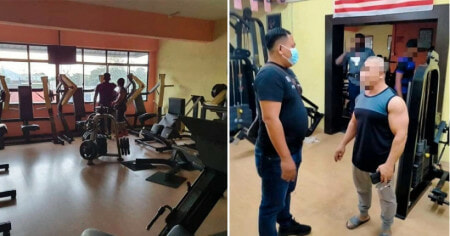