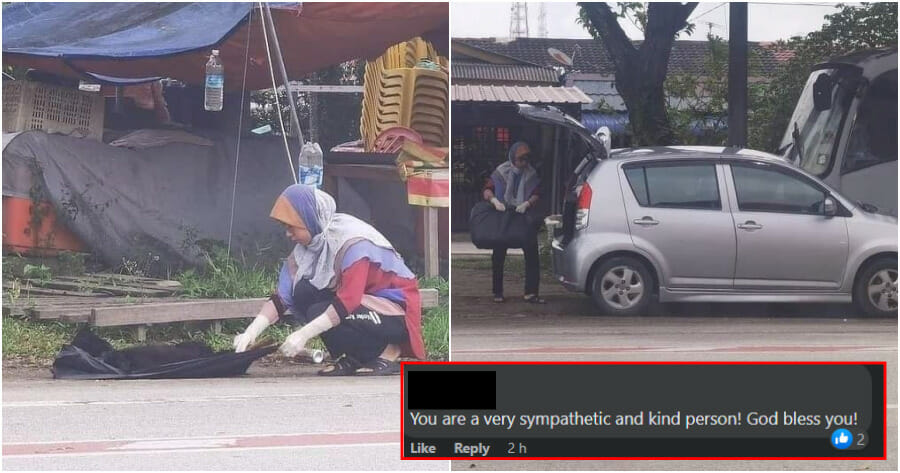 It may not require that many skills to handle dead animals, but you certainly need guts and bravery to withstand the sight of the carcass, and possibly the smell.

Just last night (January 22), a few images circulated on social media showing a brave woman in a pair of gloves removing a dog carcass from the street in Chendering, Terengganu. A visitor at a nearby stall witnessed the scene and said,

“It’s a commendable and noble practice of religion to remove something that obstructs the road. May God bless her.” 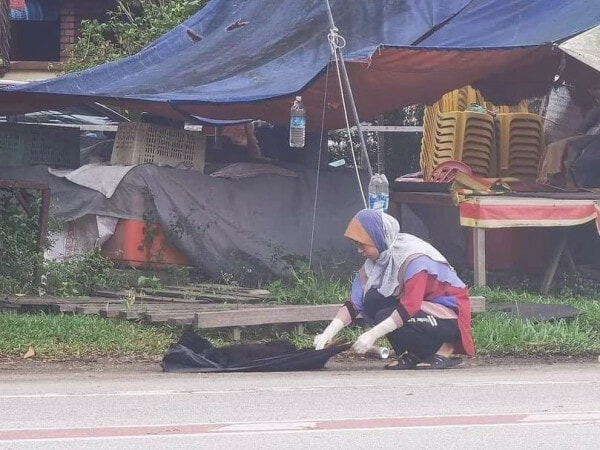 He then added, “Hopefully, the people in Terengganu can follow this noble act”.

In a series of images, the woman is seen wrapping the carcass with a sheet before placing it at the back of her car. She then left the scene, presumably to bury the carcass at an appropriate spot.

The images are going viral and have been reshared by many Facebook pages, including Dunia Haiwan Malaysia, and many Malaysians have since praised the noble act of the woman. 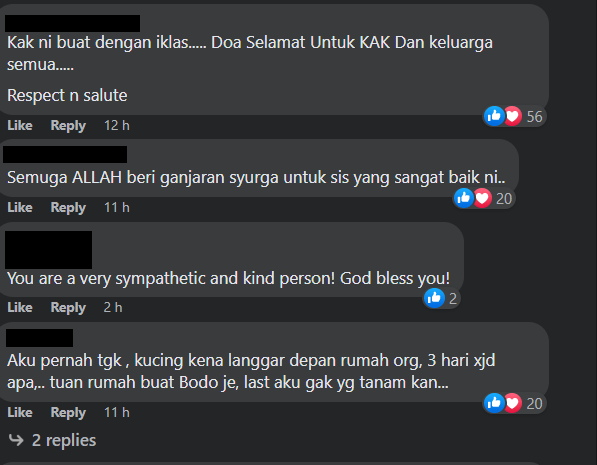 “She’s doing it sincerely. Let’s pray for the woman and her family. Respect and salute her.”

“May God grants the kind-hearted lady for her act.”

“I’ve seen a cat that was run through by a car in a residential area. No one picked up the carcass, and 3 days later, I buried the cat.” 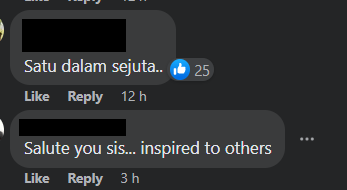 Another netizen also praised her action and called the act “an inspiration to others”.

“We may not be as strong as her. I pray for her well-being and may everything goes well for her.”

“She’s probably going to bury the dog. I pray that she’s blessed with sustenance.” 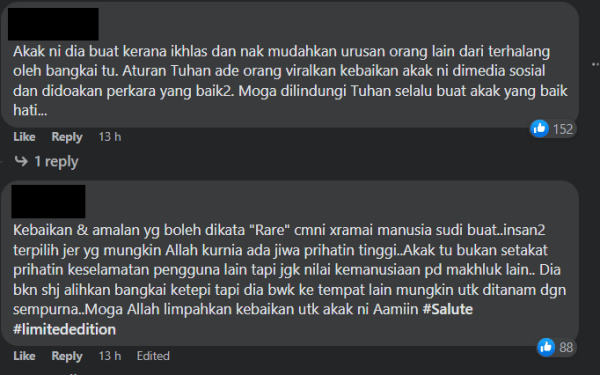 “She sincerely did it because she wanted to ease others from being obstructed by the carcass. It’s fated for her noble act to go viral on social media. I pray that God protects her.”

“This practice is rare. Not many people are willing to do the same thing. She wasn’t just concerned about the road users but she also has empathy towards other creatures. She could’ve just left the carcass aside but she brought it someplace else, presumably to bury it. May God bless her.”

You can look at the full images below.

Most of us will undoubtedly feel sorry for the unfortunate animal, but many of us do not have the strength and bravery to remove the carcass from the road. It’s not only about the stench but also the sight of the bits and pieces of the dead animal on the road.

May God bless the kind-hearted kakak.

Also read: Man in China with Tumor Leaves His Pet Cat Outside a Cat Cafe, Says He’ll Come Back for it if He Survives 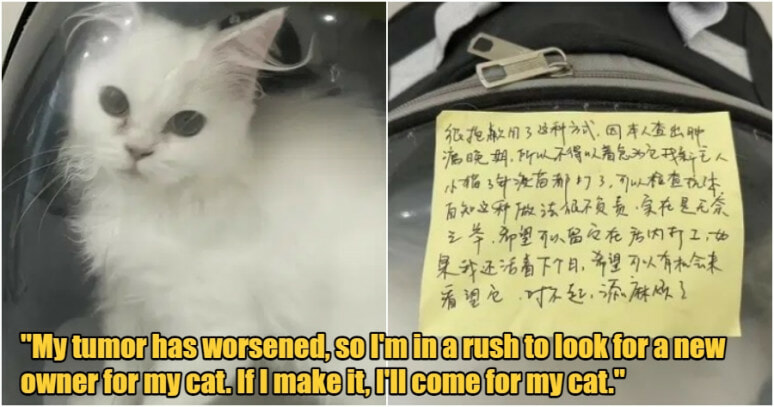