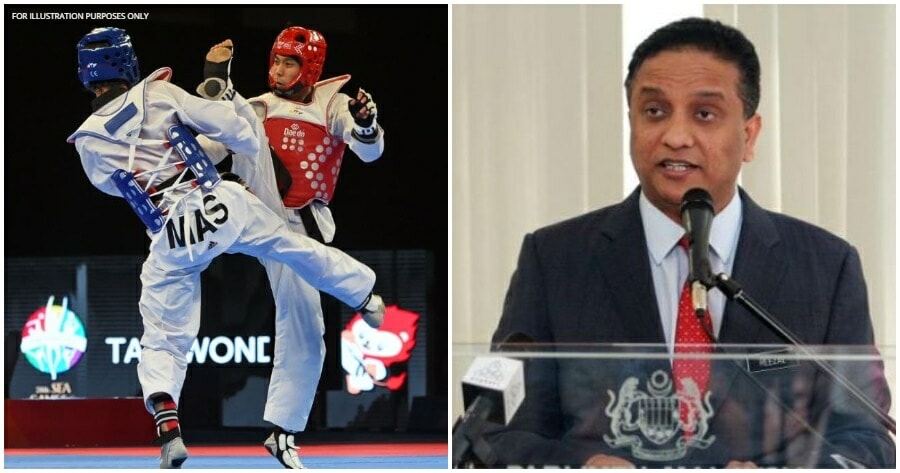 Our nation’s athletes definitely deserve our respect and most importantly from their peers and coaches.

As the primary individuals tasked with developing athletes and helping them achieve their goals, coaches should acquire a working knowledge of all areas affiliated with performance enhancement and NOT passing derogatory remarks and verbal abuse, which will only lead to athletes feeling stressed and unable to cope with their environment. 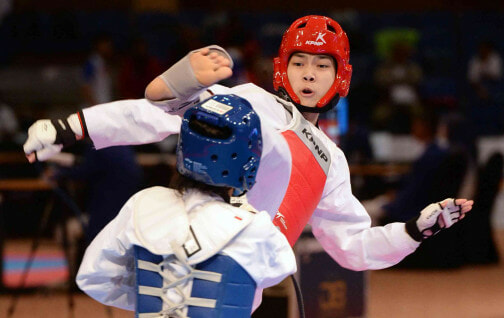 Image is for illustration purpose only

Recently, a social media post made by Lavinnia Subramaniam yesterday (3 April), alleged that her 23-year-old sister was humiliated in front of the national team by her Taekwando coach who hurled insults at her, including inappropriate comments made about her deceased mother.

“The statement was made that “my brother died for the country and your mum died for nothing.”

A police report made yesterday by the athlete’s father was also shared on Twitter detailing the alleged abuse. While Lavinnia’s initial post said that the incident occurred on 23 April, she later revealed that the incident actually occurred on 28 April, matching the report that claimed that at 10.30pm on 28 April, the coach allegedly convened all Taekwondo athletes at the NSC premises in Bukit Jalil, and spoke harshly to the athletes.

“He then approached my daughter and said ‘thankfully you’re a girl if you were a boy you’re done. Sir will step on you’. The coach also told my daughter he would use his ‘cables’ to eliminate my daughter from the national team,” read the report. 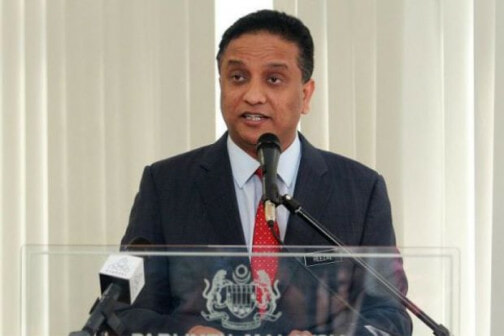 Also stated in the report was that the coach allegedly reeked of alcohol at the time of the incident. Youth and Sports Minister Datuk Seri Reezal Merican Naina Merican ordered the National Sports Council (NSC) to look into the allegations, responding to the social media post by Lavinnia Subramaniam yesterday.

One of Lavinnia’s Instagram stories also showcased how another fellow athlete was mentally abused by a different coach when they were on the team. 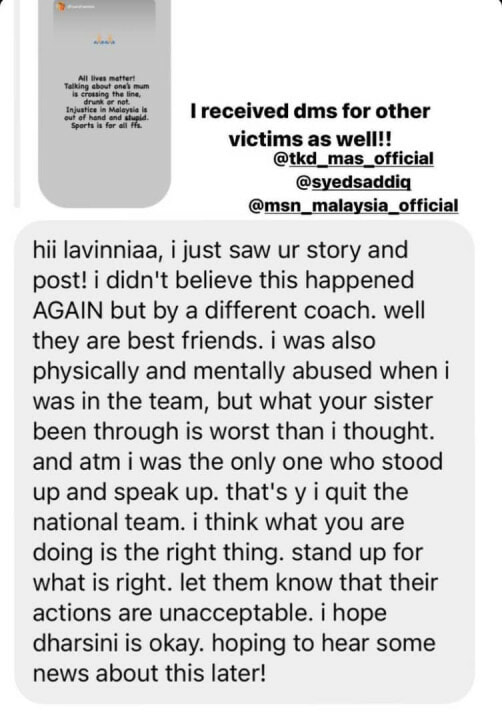 Speaking with WORLD OF BUZZ, Lavinnia said her sister had joined the national Taekwondo team in August last year, and she had always been a target of the coach’s mental abuse since then.

“She’s been very depressed, as she’s fought extremely hard to get into the team,” she said.

She added that their mother passed away in 2017 due to cancer.

WORLD OF BUZZ has reached out to Taekwando Malaysia (WTF) as well as the National Sports Council for a statement but is still awaiting a response. 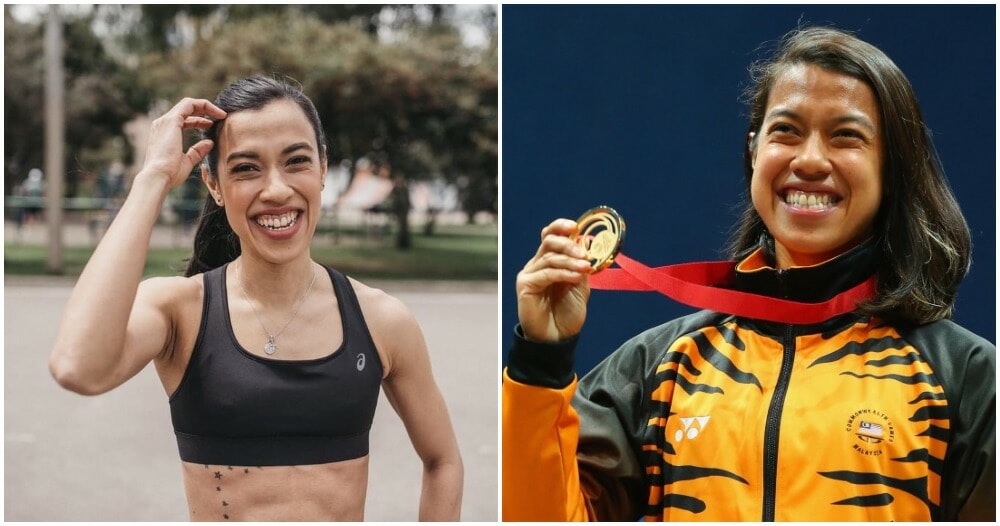