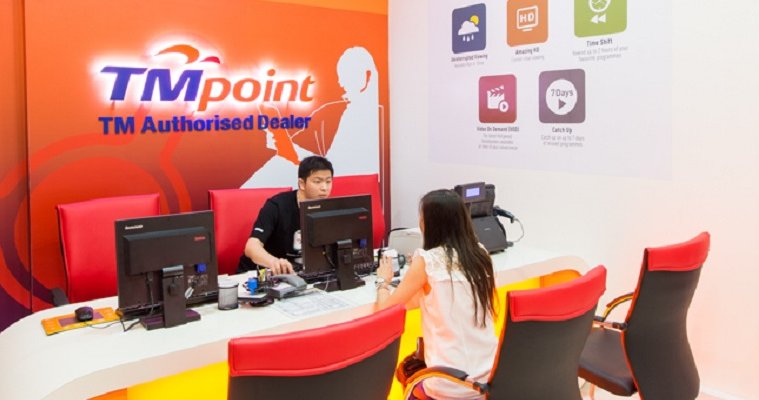 Paying for Internet access is something that most of us can relate to but those bills can be quite a strain on the wallet especially if you don’t earn a lot. Communications and Multimedia Minister Gobind Singh Deo had previously said that he would work with telcos to reduce the prices of broadband, so that more people can afford it. 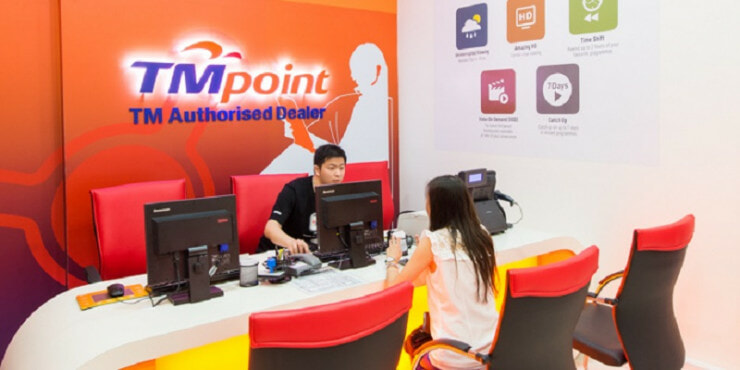 Now, Telekom Malaysia (TM) has responded and introduced a new broadband plan that was unveiled in a press conference today (July 12). Before this, they had promised to launch a basic plan that would be specifically targeted at the bottom 40% household income group (B40) with a price tag of below RM100.

According to The Star, details about their new unifi basic broadband plan was announced recently, which is said to have speeds of 30Mbps and data usage of 60GB. As promised, the price for this plan is RM79 and is dubbed as the most affordable unifi plan yet. This price is actually more than 50% lower than the available 30Mbps unifi Home plan, which is priced at RM179 per month. 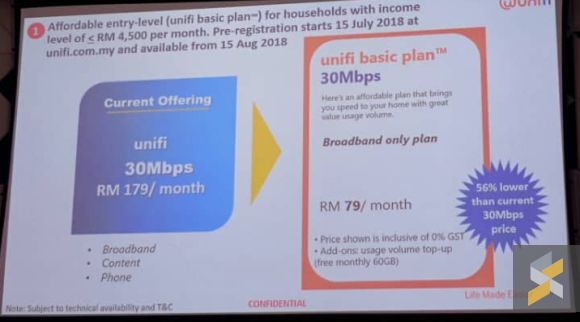 However, this plan will be exclusively targeted to households with a monthly income of RM4,500 and below. This means that you can expect there to be income verification if you want to apply for this broadband plan to ensure that you are qualified to get this plan. There are currently no details yet about this expected income verification.

As it is a basic broadband plan, users will not receive any unifi TV and IP-based phone but can purchase an add-on pass if they require more data. Interested customers are able to pre-order this new plan starting 15 July as it is available exclusively online before being officially launced on 15 August 2018. 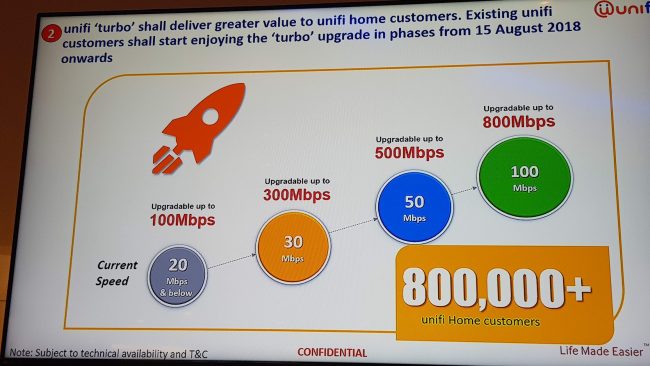 For existing unifi subscribers, don’t fret as TM promises that they will upgrade the speeds up to 800Mbps, The Sun Daily reported. For other new users who subscribe to any of the existing unifi plans before end of the year (2018), they can also enjoy the upgraded speed in phases beginning 2019.

Now, we wonder whether other telcos have similar ideas to lower the broadband prices to make it more affordable for the masses?

Also read: Fixed Broadband Prices Will Be At Least 25% Cheaper By End of 2018, Says Gobind 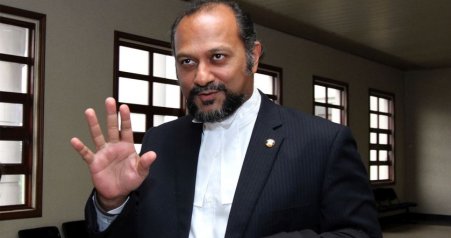