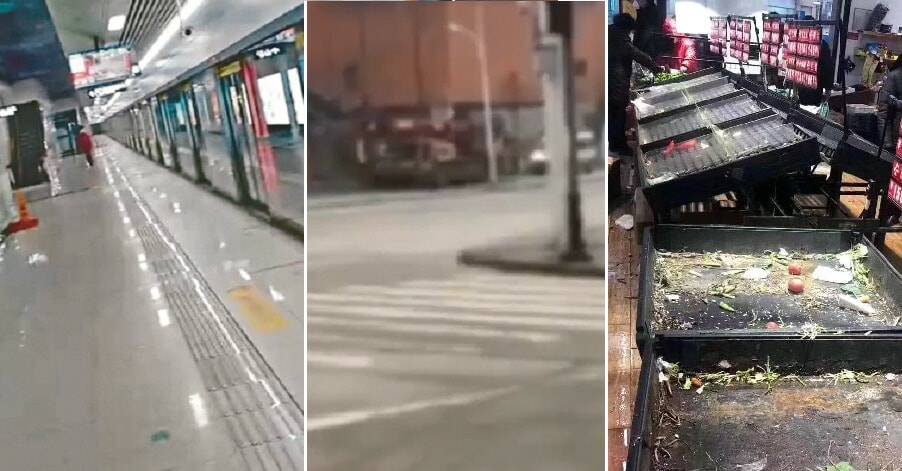 Wuhan has been in lock down after it was announced that all outgoing transportation from the city has been suspended until further notice. The notice was made by the Chinese authorities to try and contain the deadly Wuhan virus from spreading. 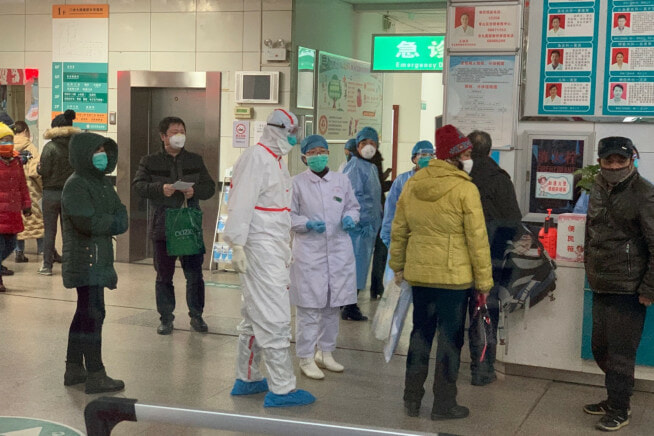 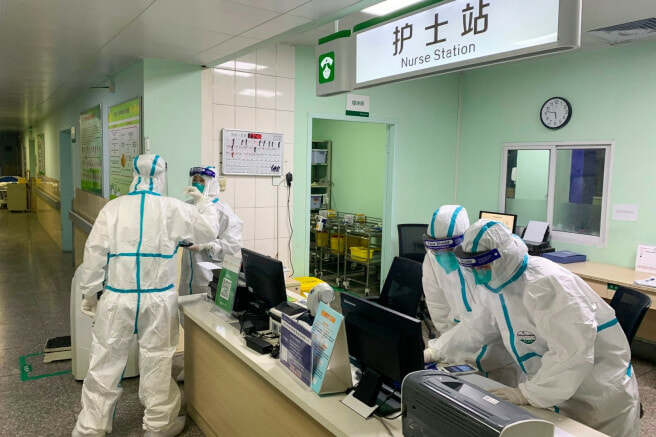 After the announcement was made, thousands of residents in the city of 11 million raced to get out of the city before the lockdown took effect. Huanggang and Ezhou in Hubei have also been placed on a similar lockdown while travel restrictions have been implemented in Chibi, Zhijiang, Huangshi, Xiantao, Enshi, Qianjiang and Xianning.

Wuhan residents were shocked when they woke up to the news of this happening and scrambled to leave. However, those who were too late to leave have posted their experiences on social media and likened Wuhan to a “ghost town” now. According to Sinar Harian, the residents of Wuhan are pleading for help for supplies as they are cut off from the outside world.

Wuhan has become a ghost town as people are staying inside during the lockdown pic.twitter.com/m2kugLmww0

⚠️☣⚠️INCREDIBLE! THE ENTIRE CITY OF WUHAN HAS BEEN QUARANTED AND COMPLETELY ISOLATED. NO ONE CAN ENTER AND EXIT FROM THE CITY! ⚠️☣⚠️ #coronavirus #Wuhan #WuhanQuaranted pic.twitter.com/kwqj3RiJqx

Wuhan netizens are voicing out their frustrations at this ban and those who are unaffected are worried that they will get infected as well. One of them said that they felt like “the world was coming to an end” as they saw the condition of Wuhan. Looks like an apocalyptic movie! Some said that they wanted to run away rather than sit there and wait for death to come.

The entire city is deathly quiet as cars and people are avoiding being out in the public. The roads are empty of the usual traffic and hustle and bustle as people are staying home. In a panic, Wuhan residents have been rushing to the stores and supermarkets to stock up.

#BreakingNews UPDATE (NEW VIDEOS): Chinese hospitals in several big cities are overwhelmed due to #coronavirus outbreak and can’t accept many patients. Some people are falling and dying on the streets. As Wuhan virus spreads across the country, China puts more cities on lockdown. pic.twitter.com/jFoCelGISC

The Guardian reports that the shelves in stores and markets are empty as people start hoarding supplies to barricade themselves at home. Drivers are stocking up on fuel as they are worried that it will run out. Stocks of face masks at pharmacies have sold out as it is one of the primary prevention methods against the virus.

A netizen said, “We are trying to avoid going out and taking necessary precautions such as sanitising our surroundings and wearing face masks. But we are worried that we will run out of food and sanitisers. We need more resources, we need your help.” 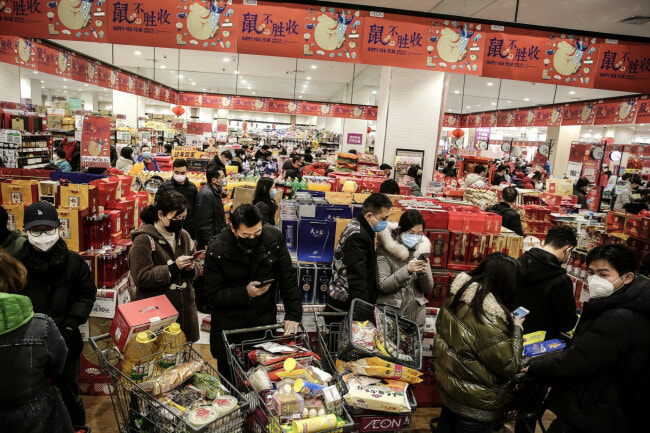 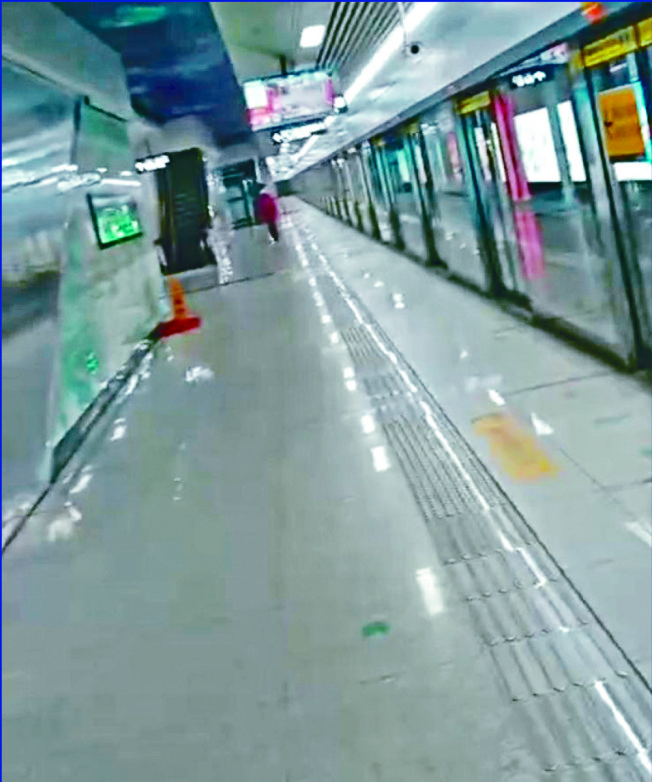 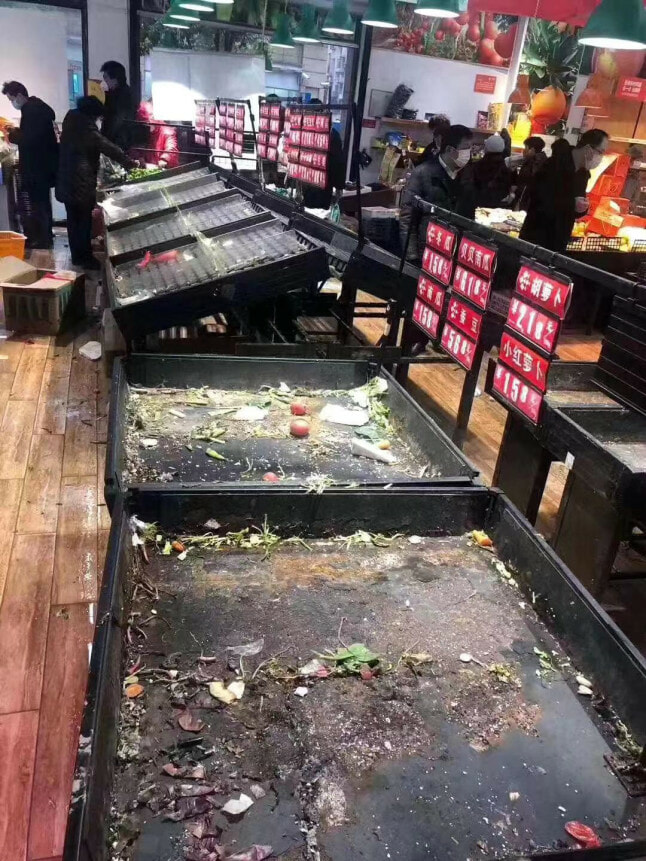 Some of them are calling for the help of the government to make sure the food prices are controlled and to send more resources as they are afraid that it will run out. The search term, “Wuhan is sealed off” has been searched about 510 million times on Weibo and started about 214,000 conversations online.

It was reported a bride at a neighbouring city has been seen wearing a surgical mask during her wedding day and she also placed all guests who had visited Wuhan recently at the same table.

What do you think of this measure? Is it effective? 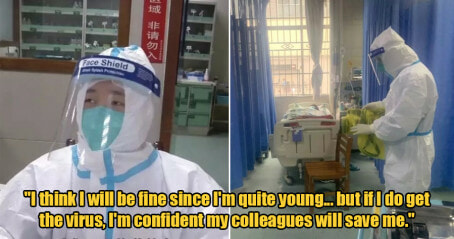