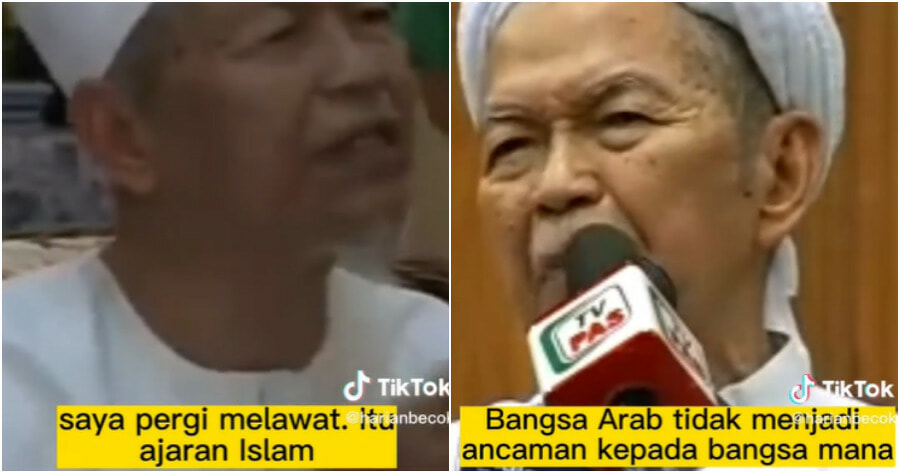 The late Tok Guru Nik Aziz, the former President of PAS has left us many years ago, but his wise words are still being spread to remind fellow Malaysians of what’s right and not.

Amidst the chaos and “drama” in the country, while we wait for a new government, an old clip that contains snippets of the late Nik Aziz speaking about racial unity is circulating on social media. The clip is brief but it has a lot for Malaysians to reflect upon. 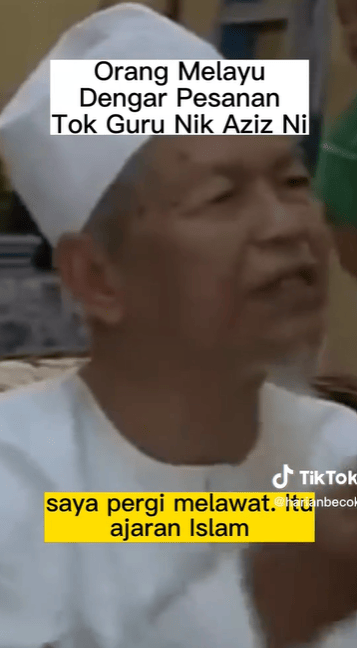 In the video, the late Nik Aziz said that he has attended many multicultural events, including weddings and funerals of other races, in which he said how the Islam teachings preach about visiting.

In the second part of the short clip, he spoke about the “threats” in this multiracial country which has isolated many people of different races when it doesn’t have to be that way. He later said that different races are not the real threat but different ideologies are. 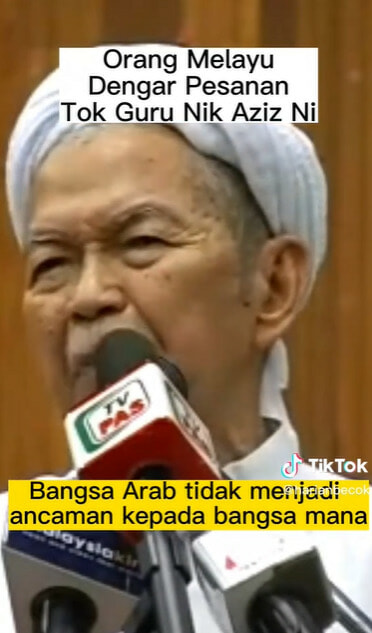 The caption of the post, which was shared by the TikTok page Harian Becok reminds the people that Malaysia is a multiracial country, and racial issues like the “13th May incident” should be put to an end.

A prime example of a good leader

The clip has gained much attention from Malaysians, and people of all races have “swarmed” into the comment sections to express how much they agreed with the late Nik Aziz.

“I’m from a different race, but I respect the late Nik Aziz.”

“This is the best preacher. Prayers for the late Nik Aziz.”

“I respect him. He had never labeled DAP as communists, in fact, he worked together with them. Shame on all of the politicians who play the race cards to gain votes.”

“The real Islamic teachings. I respect him the most.”

“This is the best politician. Prayers for him.”

“I’m not surprised people of all races cried and mourned him. This is an example of a good Muslim leader. I miss him.”

“That’s why Nik Aziz was on board with PKR and DAP in the past. He believed in the law and the constitution. PAS is different now.”

May the late Nik Aziz rest in peace, and may God bless our country with harmony and unity among all races. 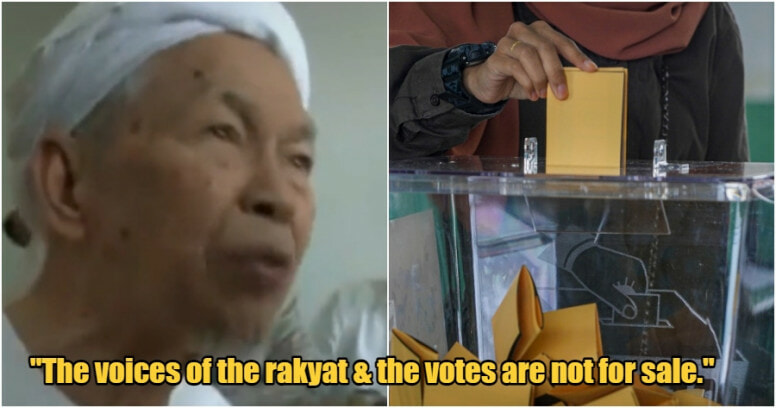