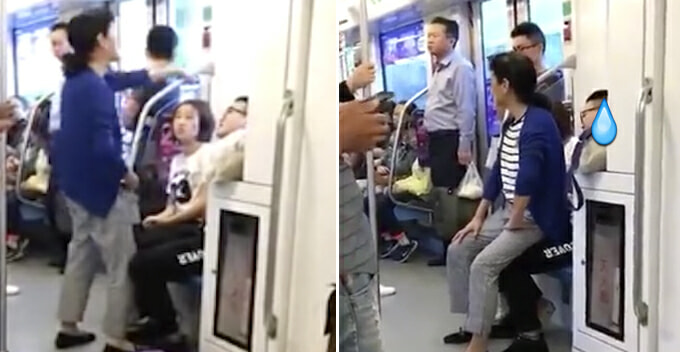 This woman definitely doesn’t take ‘no’ for an answer. By hook or by crook, she’s gonna have her seat on the train!

Recently, a video clip has gone viral on social media as it depicts a woman sitting on a young man’s lap on the train. Before you ask, yes it happened in China, more specifically at the Nanjing Metro.

This rather amusing incident started when the self-entitled woman demanded the young man to give up his seat, which was supposed to be prioritised for the handicapped, elderly folks and pregnant mothers.

She pointed at the signage saying that she deserved the seat, but the young man must’ve thought that the woman didn’t exactly fit the description of elderly folks, so he ignored her.

A short argument soon ensued with both parties refusing to give in. The young man thought it was over as there’s nothing she can do to get him off the seat. Well, he thought wrong.

The woman then casually sat on the man’s lap. It was shocking and awkward for the guy and people around, but for her, it was just another day in train. She even flipped her hair while sitting on him!

It wasn’t mentioned how long that embarrassing moment lasted, or how the guy reacted… but one thing for sure is that the commuters around were trying their hardest not to look at them and pretended like nothing weird just happened. 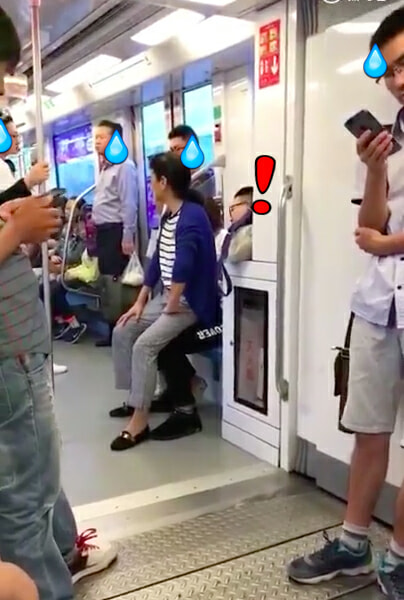 Here’s what the policeman at the Nanjing Metro had to say regarding the incident.

“The signage of priority seats for elderly folks, pregnant mother and handicapped on the train is just reminder for people to give seats to these needy people, but it’s not a law. If the seats are empty, anyone can sit on them,” the policeman said. 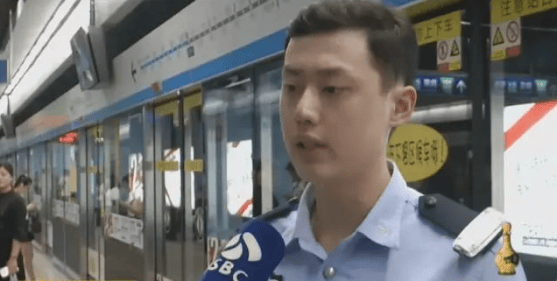 Netizens don’t know what to feel after watching the video clip. Some said that the woman was actually taking advantage of the young man. “She was rubbing her bottom on his lap! He could’ve sued her for outrage of modesty!” a netizen said.

Another Facebook user commented, “That woman surely doesn’t look that old to me, she’s just exploiting her age to get the seat! Either way, I’d still give up my seat for her if it happened to me.”

What’s your take on this guys? Honestly, we’re curious about what went through the woman’s mind as she decided to sit on a total stranger’s lap. 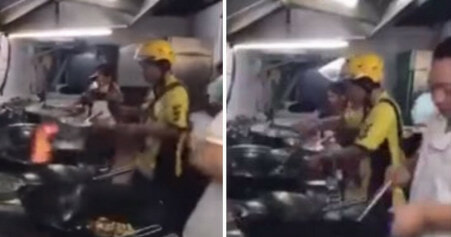