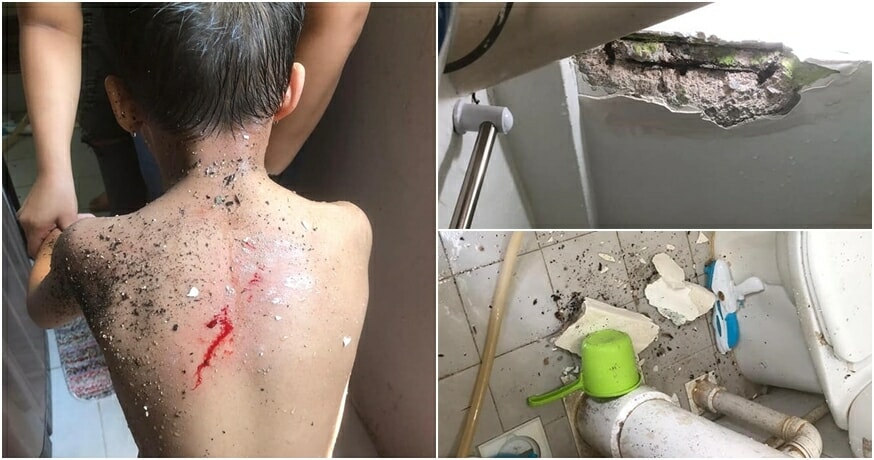 In a recently viral incident posted by netizen Syasha DanialAlissa over Facebook, she shares the horrifying moment when chunks of loose concrete from their HDB unit ceiling suddenly crumbled and fell onto her son’s back as he was in the bathroom. 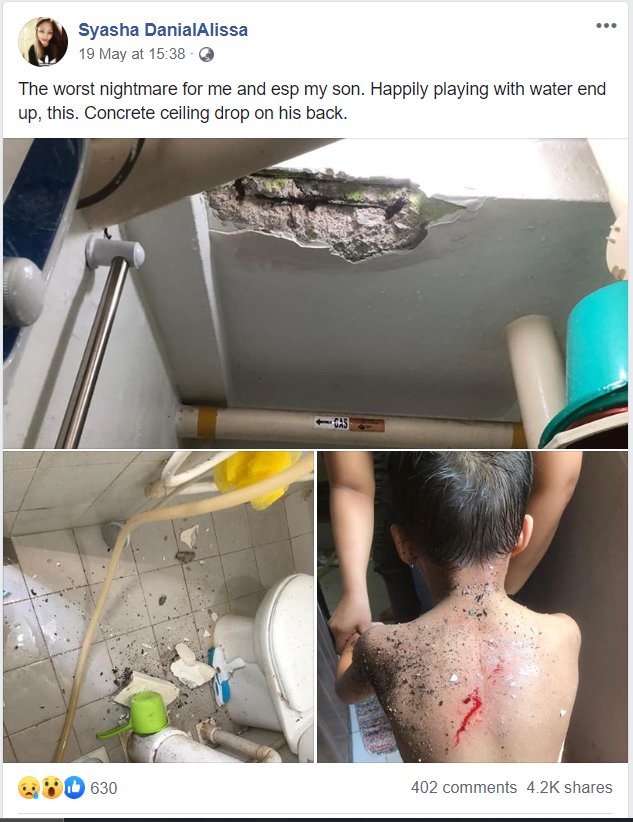 While details of the incident are scant in her Facebook post, the photos that accompanied the post spoke volumes on its own. One photo showed where the chunks of heavy concrete had used to form part of the ceiling in the bathroom, had since crumbled away. 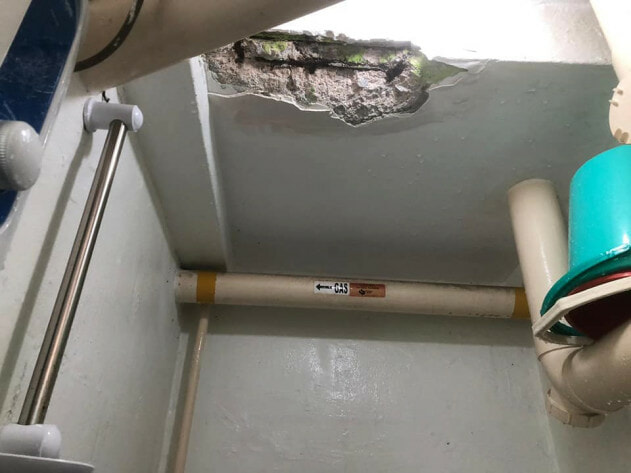 Another photo showed the bits of concrete shattered on the floor, while the last photo showed concrete debris on her young son’s back, with blood from minor injuries. 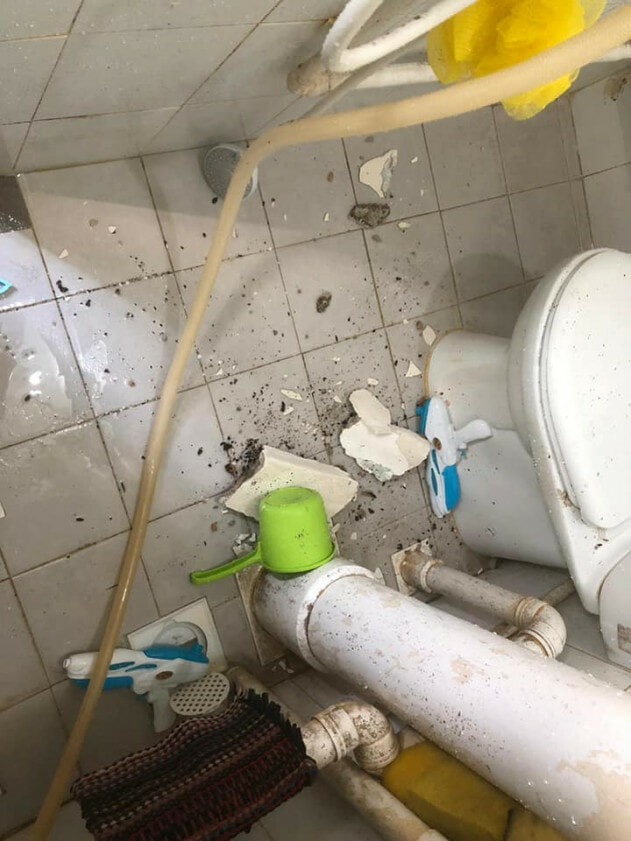 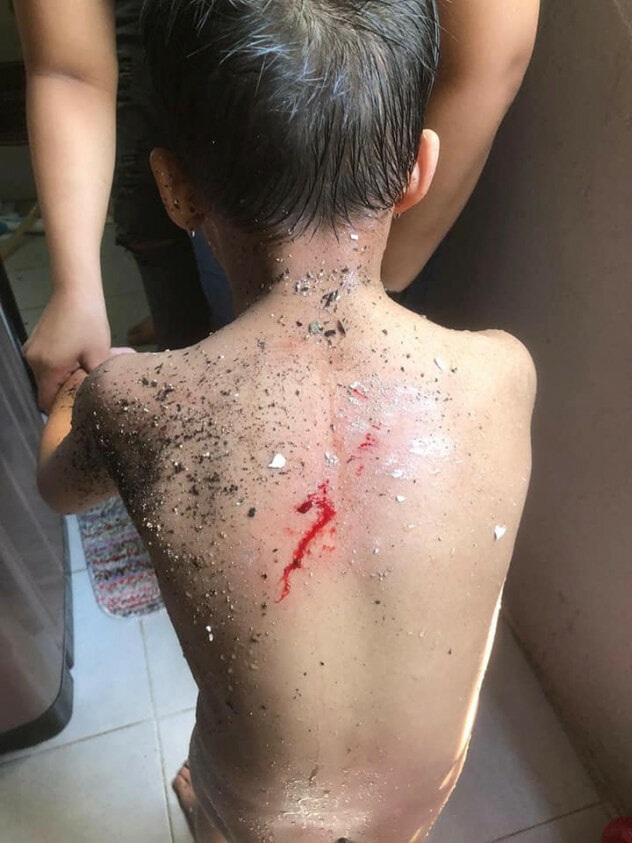 Thankfully however, Ms Syasha then followed up on the incident by revealing that her son only sustained light wounds from the incident, despite the severity of the incident. Local Singaporean authorities have also responded to the incident and the ceiling of their HDB unit has since been promptly repaired.

The viral post has since been shared over 4,000 times over social media.

We’re glad to hear that Ms Syasha’s son is doing well after such a horrible accident, and hope that such incidents don’t occur again in the future!