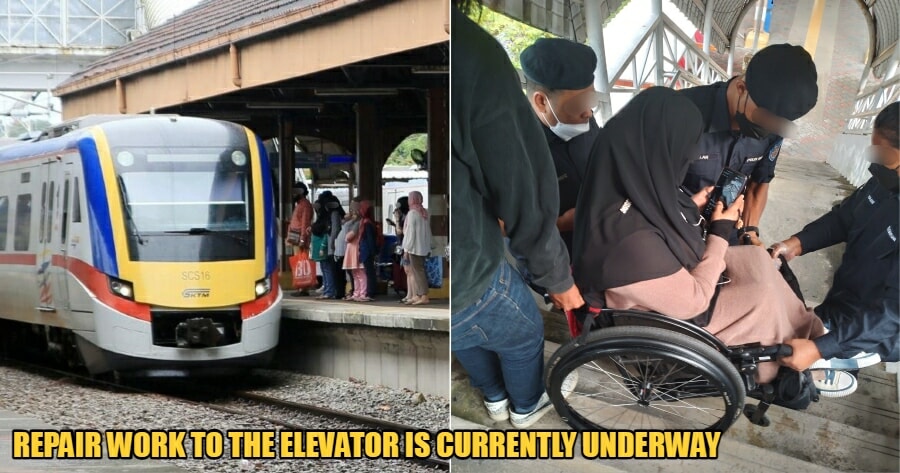 The team effort of a group of auxiliary police officers carrying a woman in a wheelchair down a flight of stairs at a KTM station is receiving praise online. Still, people are angry, and they have every right to be.

Why? Because if the lift at the station was functioning as it should be, they wouldn’t have had to make such a risky move (one small slip could cause significant injuries to all of them). 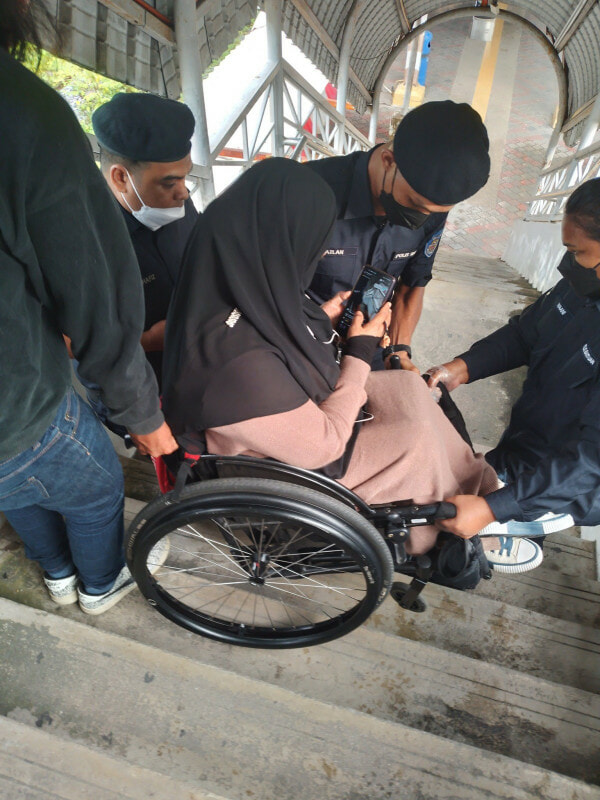 They wrote, “From being early to being late because the elevator facilities are not functioning. Was forced to ask the auxiliary police for help; thank you to the auxiliary police officers at KTMB Seremban. If they weren’t there, then there would have been nothing that could be done. I hope KTM Berhad can fix the problem with the lift quickly.”

On top of that, they were informed that many have already spoken out in regards to the non-functioning elevator, but nothing was done.

“Because I was told many people complained about the elevator, but no action was taken. I hope that KTM Berhad can quickly fix the lift after this.”

In an update shared by Railway Assets Corporation yesterday (June 27), repair works will take place today (June 28) after the incident has gone viral.

They wrote, “The latest update from Railway Assets Corporation regarding the condition of the lift at the Seremban Railway Station, which was shared by Negeri Sembilan kini. The contractor and JKR will arrive tomorrow (June 28, 2022) to inspect the damage and then repair the elevator. We regret this inconvenience. Thank you.”

It is unfortunate that such facilities’ upkeep and maintenance are made only when cases go viral. We genuinely hope that the relevant parties will take better initiative to care for the facilities needed by the differently-abled. 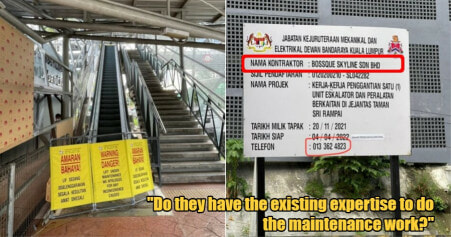