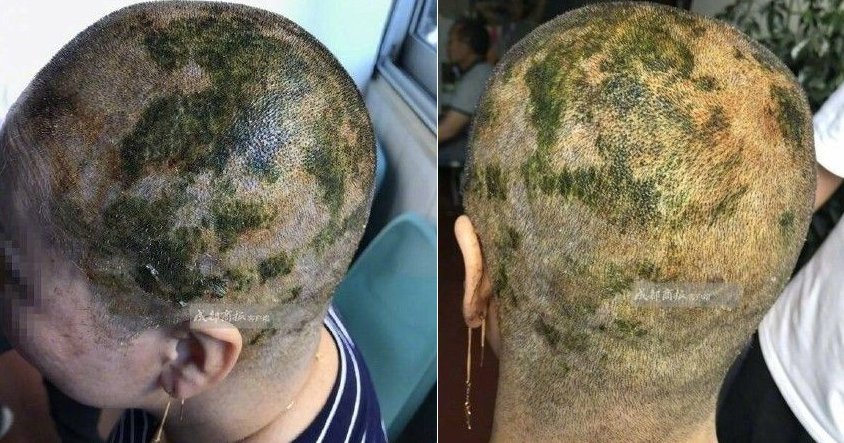 With the recent colourful hair trends that we see all over social media, some of us dream of getting those gorgeous rainbow hair colours on our lovely locks as well.

However, turning your tresses into these awesome colours might not be as simple as you think. MAKE ABSOLUTE SURE your hair stylist knows what he/she is doing!!!

A woman in Sichuan, China became bald and experienced burns on her scalp after she wanted to dye her hair ash green. 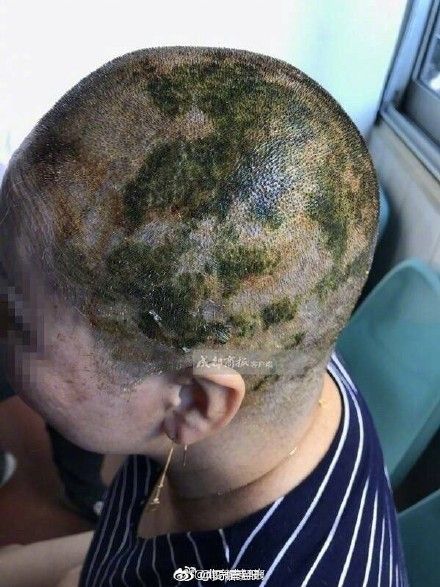 According to ETToday, the woman surnamed Deng went to a hair salon to dye her hair on August 1. The whole process took seven hours and she had to go through dyeing process four times. Originally she had long black locks so the hairdresser told her that she would need to bleach her hair.

The hairdresser said that the first time, the hair colour was inconsistent so she started the process for the second time. At this point, Deng complained that she felt her scalp burning but the hair stylist said that this was normal and asked her to endure for a bit. 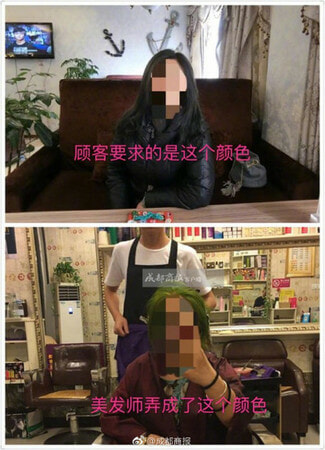 After that she dyed her hair the third time, Deng complained that her scalp still hurt and said that it may be the quality of the products. Her hair stylist replied, “Impossible!” and continued applying the colour. However, to Deng’s dismay, the colour came out to be apple green instead of ash green. Eh, so big difference!

The long-suffering Deng was told that this brand’s ash green colour would turn into this colour and there was nothing wrong. So, for the fourth time that day, Deng’s tresses were then dyed back to black, her original colour but during this time she could not take the pain until her tears started to flow. That must be super painful! 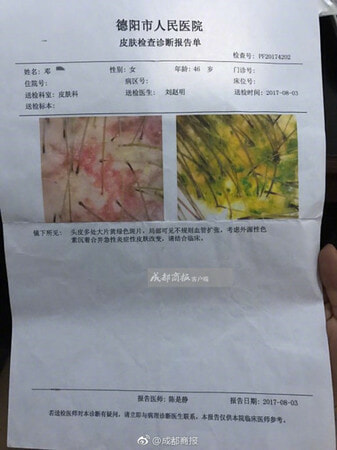 Her hair stylist told her to hold on for a little longer and it would soon be over. Poor Deng could not take it anymore and at around 11.00pm, she called her daughter to pick her up at the salon. Her hairstylist finally realised that something wasn’t right and quickly helped her wash off the hair dye.

Deng was sent to the hospital where the dermatologist said that she was suffering from anaphylactic shock because of allergic reaction to the hair dye and her scalp were covered in 40% chemical burns. The dermatologist had no choice but to advise Deng to shave off all her long hair as he was afraid that the residual dye may cause a more adverse reaction. 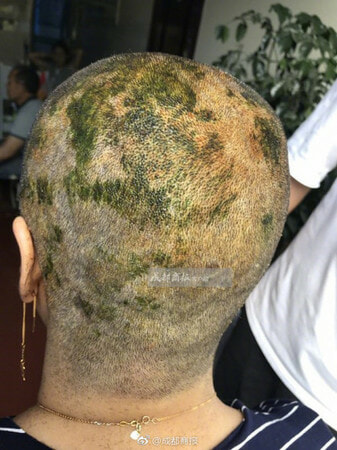 The distressed Deng was hospitalised for five days and said, “I have always had long hair and I cannot accept my bald headed appearance now.” As a female, I totally understand her pain! After the traumatising incident, Deng decided to sue the hair salon for compensation for medical fees, mental damage, wig costs and other related expenses which amounted to a total of 60,000 yuan (RM38,867).

The hair stylist, who had over a decade of experience said that she had never encountered such a situation before. They agreed to pay for her medical fees amounting to 2,600 yuan (RM1,684) but refused to bear the other costs. Deng is considering legal action against the hair salon.

Poor woman! Girls, imagine if you had to lose all your long, lovely locks just like that! 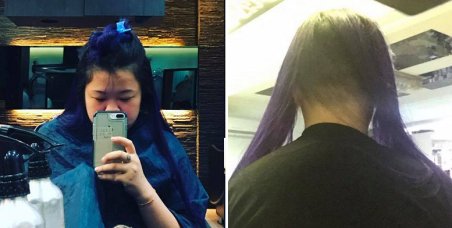