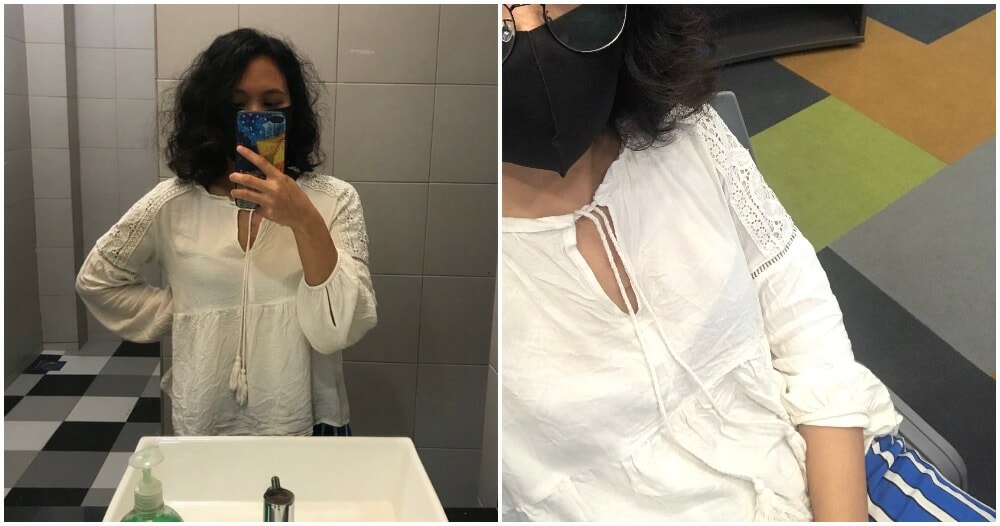 Syarifah Amin wrote in her recent Twitter post that she was refused entrance by a security guard into Kuala Lumpur Library for wearing a blouse that they claimed revealed a clear view of her bra. 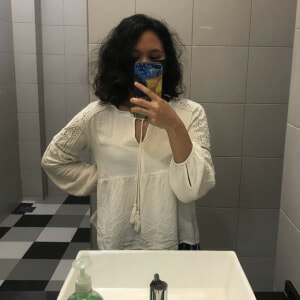 Perturbed by this encounter, Syarifah was adamant that her clothes were deemed appropriate and modest to enter the building. However, the security guard continued to justify herself and denied her entry.

“The clothes that you’re wearing are way too revealing. People can see your bra”

Syarifah managed to slip her way into the building while being blocked by the security guard. The guard then went to the receptionist to report on the matter.

The receptionist asked if she had any sweater to cover herself. She responded saying she had walked a long distance while carrying her heavy books from the train station all the way to the library.

“Who’s going to look at me? Everyone is here to study”

After negotiating with the receptionist, they finally let her into the library. WORLD OF BUZZ personally reached out to Syarifah Amin and she has stated that the instilling of patriarchal values is propagated by men and sadly, women as well.

“Where is the line what they perceived as modesty in government-owned public places?”

In an interview with WORLD OF BUZZ, Syarifah felt denied and angry during the unfortunate incident. She was very much aware of her choice of clothing and believed that she did not break any rules and regulations before entering the public library.

Sadly, this was not the first time she experienced something like this. Syarifah has been dealing with this type of situation throughout her life and it has made her realise that people will constantly hypersexualize women regardless of their age.

Syarifah expressed that people need to be more mindful and shouldn’t enforce their beliefs onto others. She also added that clothing is something that one should not have a say in. There’s a difference between wearing clothes in a professional setting and your everyday attire.

She continued that most Asian countries have an authoritative culture. People generally feel entitled to tell others what to wear. The culture of authority has been ingrained in us since school. There is a standard of how women should wear their garments.

“In Asia, we celebrate sameness, there’s no individuality in clothing. Hence, people feel entitled to tell you to look the same as others.”

To better this situation, she explained that there are short term and long term solutions. The short term solution is that clothing should not be an impediment to anyone, especially entering public properties. There is an ongoing mentality of hypersexualising women’s clothing, which results in people mostly targeting policies towards women.

Meanwhile, there’s a clear lack of training and directives when it comes to workers who have small authority when advising customers. Also, Syarifah added that patriarchal values should not penetrate public policy.

Syarifah ended the interview saying that women should always stand up to authorities, regardless of where we are because it’s time we stopped getting policed for everything.

What do you guys think? Let us know in the comments below!

Also Read: Should Victims Be Blamed For Sexual Harassment When Even Religious Clothing Is Sexualised?