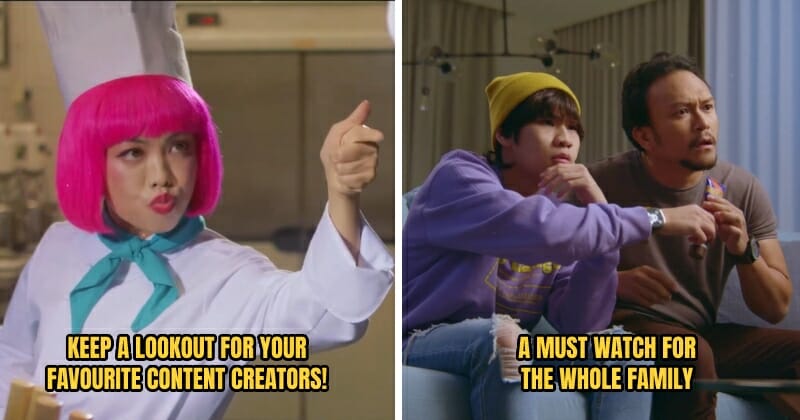 No matter which generation you belong to, none of us likes being bossed around to do anything we dislike, with our parents as one of the first “dictators” of our destinies.

Naturally, we sometimes fantasise about giving them a taste of their own medicine. Little did we know that this is a kind of “be careful what you wish for” fantasy, as proven by the sci-fi antics of this Malaysian family comedy series on Astro, Take CTRL! 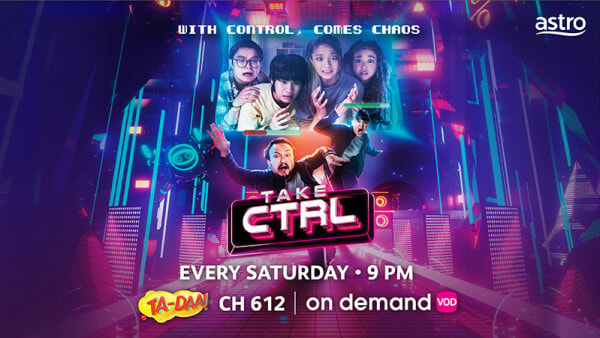 Here’s our impression of Take CTRL based on the first three episodes:

Hold on, what’s the story of Take CTRL?

Take CTRL is a sci-fi comedy series that revolves around teenage siblings, Sky and Ramunah (with Faiz Najib and Sry Khairudin making their debut as leads in a TV series, respectively), whose biggest complaint in life is their controlling parents. 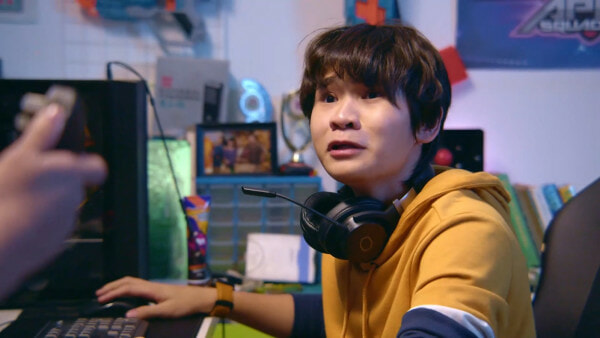 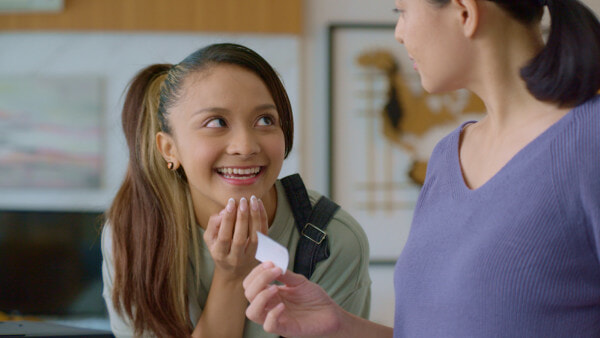 Everything changes when they stumble upon a mysterious video game that turns the tables, letting them take CTRL of Papa (headlined by Shaheizy Sam) and Mama (Hana Nadira also making her debut) with disastrous consequences!

So, what is WOB’s verdict on the first three episodes?

The six-episode series starts off setting up how dejected gamer Sky and K-pop fan Ramunah are about the current dynamic with their parents, particularly their tiger Mama who doesn’t seem to listen or understand them.

When they unexpectedly acquire the power to CTRL their parents like a video game, they finally get to do everything they ever wanted, but not without new responsibilities that they’re struggling to fulfil. Plus, unbeknownst to our young heroes, things take a turn for the worse when a sci-fi conspiracy is revealed to be brewing in the shadows…

2. Storyline: A traditional tale for the digital age 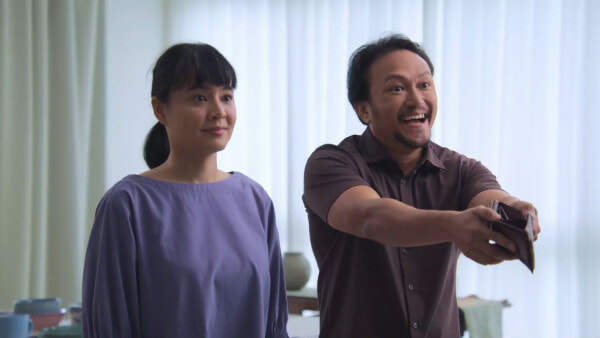 The premise of Take CTRL effortlessly marries the modern concept of video games and Gen Z teen angst with traditional family values, which will resonate well with both parents and their children (from young kids to teens).

More importantly, we find that Take CTRL also serves as a tale of caution that both sides of the family can learn from. While children learn that having CTRL is not as nice as it sounds, parents can also understand that they should sometimes adjust their level of CTRL, so that the two can reach a healthy compromise and bond positively. 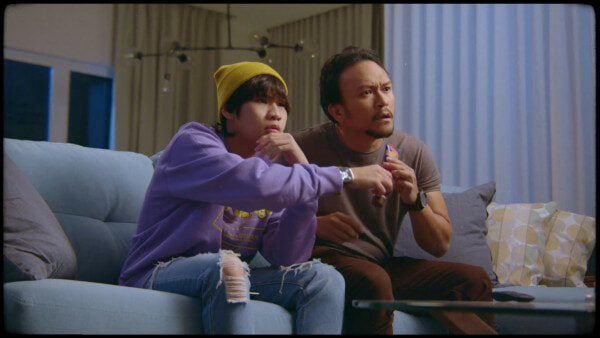 What stood out most for us, is that Take CTRL actually has real-life consequences. Sky and Ramunah’s total CTRL over their parents means that they control literally everything they do, so they actually have to care for them (e.g. feeding, working) and make sure they don’t get into any trouble.

“Taking care of your parents is such hard work!” Ramunah exclaimed in Episode 2.

3. Comedy: Most of your family will definitely LOL 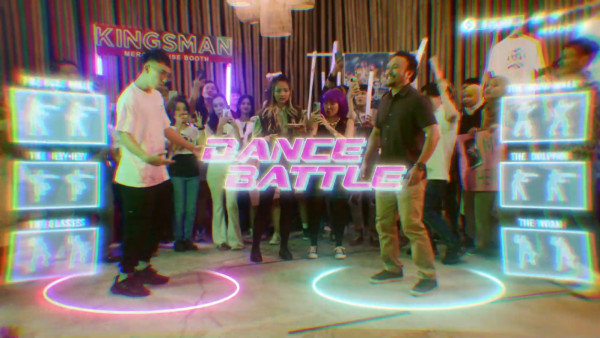 Fortunately, Take CTRL isn’t as preachy as it sounds. Under the deft hands of directors Derrik Yaw and Chan Teik Quan, we genuinely feel that Take CTRL manages to balance both traditional family stories and Malaysian humour in a way that’s mostly palatable. 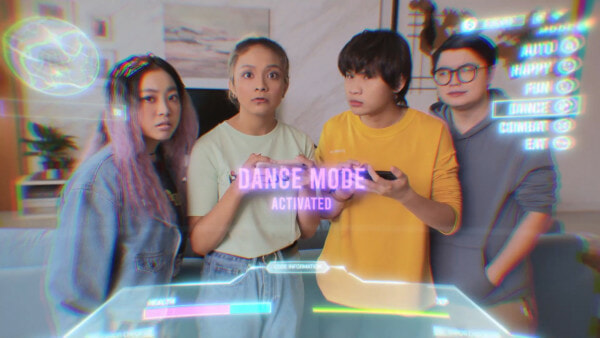 The only downside of Take CTRL is that it sometimes leans a little too much into the over-the-top territory of Malaysian comedy, though this is a minor gripe if you’re watching this with your family for casual fun. Thankfully, Take CTRL makes up for it with an equal number of witty moments that are smarter than they sound on paper. 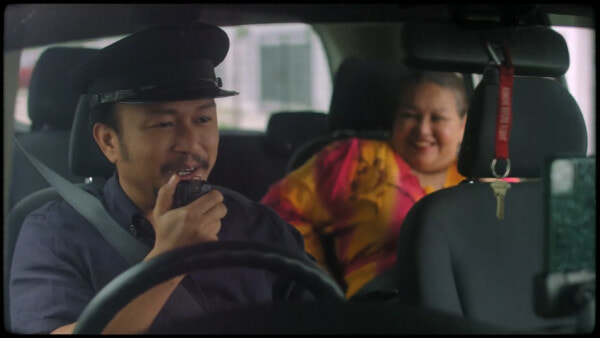 On top of that, Take CTRL is the first-ever local series to utilise Unreal Engine, an advanced real-time 3Dcreation technology, for their CGI. This is why Malaysian gamers would find plenty to snicker at joyfully in Take CTRL, with stylistic homages to video game genres, like shooters and The Sims, that felt earnest and fun! 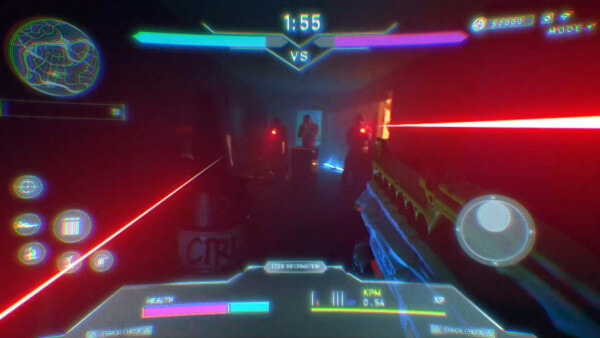 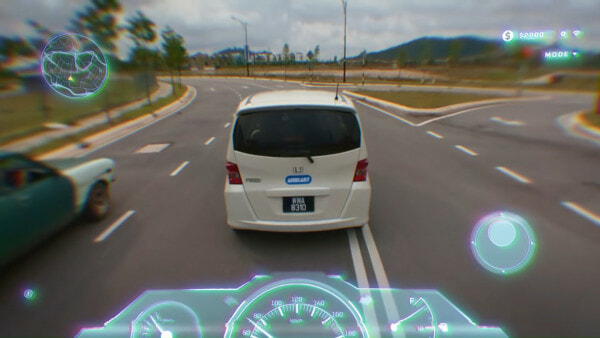 4. Characters: In for a rollicking good time!

And last but not least, there’s simply nothing negative we can think of anyone’s performances in Take CTRL – it’s plain to see that everyone was having a good time in their respective roles. 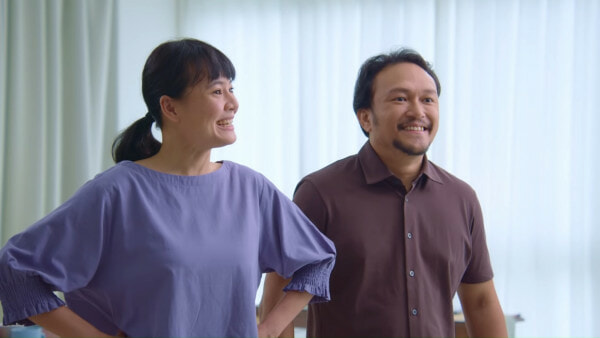 Newcomers Faiz Najib and Sry Khairudin captured the frustrations of over-controlled Malaysian teens, while Shaheizy Sam and Hana Nadira were sheer delights to watch, as both well-meaning or strict parents and eerily-joyful video game avatars at the mercy of their children.

The dynamics between Faiz and Sry as polar opposite siblings are as believable as they come, as their dilemma between conscience and desire to take CTRL pushes and pulls between each other. They’re the sound of reason, honesty and principles for one another, which elevates Take CTRL beyond just a mere sitcom series. 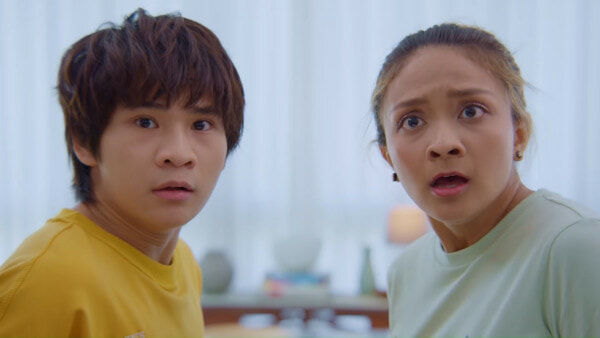 Finally, it was a joy spotting brief cameos of our local popular digital content creators, with Jenn Chia and Jinnyboy pulling off their signature comedic chops in the first episode. Even the wildly-popular tactical shooter game Valorant from Riot Games makes an appearance! 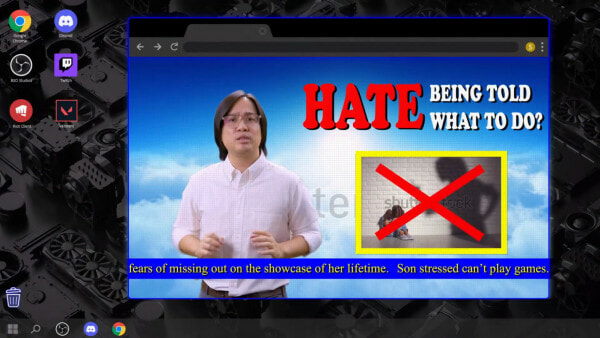 Oooh, so should I watch Take CTRL?

In our opinion, Take CTRL definitely achieved what it set out to do: be a truly Malaysian entertaining comedy series that’s eye-opening yet fun for the whole family!

We personally enjoyed the first three episodes and look forward to finishing up the rest of this series! So huddle up your Mom and Dad (or children, if you already have) and brother and sister and cat in the living room, and watch Take CTRL on Astro today!

If you’re already an Astro user, then we’ve got good news for you – you can enjoy complimentary viewings of Take CTRL on demand via your Ultra Box or Astro GO app! Simply click here to find out how to stream it at your whim.

Catch Take CTRL every Saturday at 9PM on Astro TA-DAA! CH 612, or you can stream on demand anytime, with each episode lasting only 20-ish minutes – perfect for brief but meaningful family times!