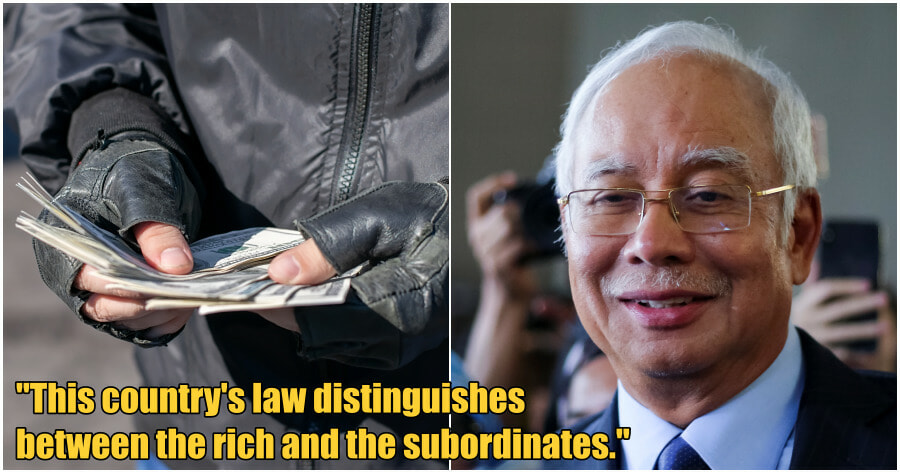 Petty crimes such as shoplifting and trespassing are not uncommon.

Therefore, the punishments for these crimes tend to become netizens’ favoured discussion topic, especially if they are deemed disproportionate to the crime committed.

Recently, two friends who robbed RM65 in cash from a convenience store were each sentenced to three years in prison and one stroke by the Sessions Court here.

Judge Emilia Kaswati Mohamad Khalid made the decision after the accused, Mohd Nazir Bahli, 36, and Ahmad Shahmi Azmi, 31, both food deliverymen, pleaded guilty to charges under Section 395 of the Penal Code. 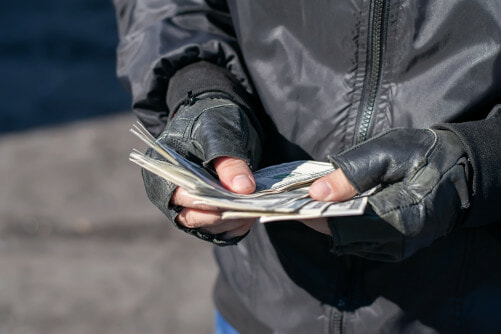 They were charged for carrying out a gang robbery against a 17-year-old teenage girl, who was an employee of the shop, by taking RM65 in cash belonging to the shop.

It is alleged that the suspects were also accused of several other robbery attempts on the same night.

They pleaded guilty to two charges of robbery involving money amounting to RM324.15 but not guilty to three more charges of gang robbery.

They pointed out the irony of how the former prime minister, whose case involved much more money, received relatively less harsh punishment.

“Did the one who robbed RM40 million get caned? Or is he just sitting in the VIP cell as if he’s on vacation?

“Next time, if you want to steal, steal millions. You won’t get caned.”

Additionally, some netizens made jokes about what the suspects could do to alleviate their punishment.

“Try taking a vow and submitting a royal pardon application.”

“Ask to fire the judge.”

Meanwhile, a few netizens were more serious in pointing out the injustice this case has highlighted.

“All of these are reminders to us lowly citizens. It is evident. This country’s law distinguishes between the rich and the (those who are unfortunate).”

Although Najib has been jailed, Malaysians are still not over the case.

Also read: Najib Says He Didn’t Have A Fair Trial & His Case Was ‘Fast-Tracked’ As Compared To Anwar Ibrahim 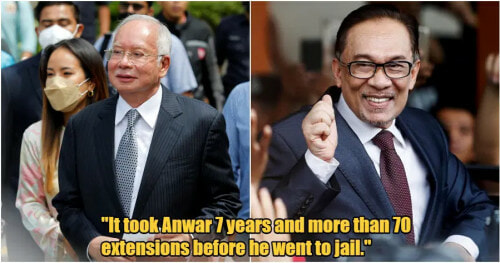