Liong happened to be one of the most recent victims who has fallen prey to the infamous ‘Sex Cam’ scam.

The 35-year old had stumbled across 24-year old John Lee on Facebook who claimed to be a freelance model.

He admitted that they shared great chemistry together and were on a Skype video call in the early hours of the next day. One thing led to another and shortly, things turned sexual for the duo as the Lee started to strip, exposing his privates. Lee then persuaded Liong to do the same.

In the afternoon of the same day, he received a text from Lee saying, “I have a surprise for you”.

However, the surprise was definitely not what he expected as Liong was shocked to find a nude image of himself from their video call. At that point, it was clear that the picture was sent not as a memorabilia but as ammunition for blackmail.

“After the picture was sent, he messaged ‘You know what to do’,” Liow said.

Lee had demanded RM5,000 to be wired via Western Union transfer. Should his demands not be met, he threatened to release the nude pictures of Liong to his family and friends.. and to show he meant business, he presented screenshots of Facebook profiles of people that are close to Liong.

To buy some time, Liong informed Lee that he was broke and went to sought help from MCA’s Michael Chong who’s heading the Public Services and Complaints Department.

“When you are blinded by emotions, you make mistakes,” he told the press. 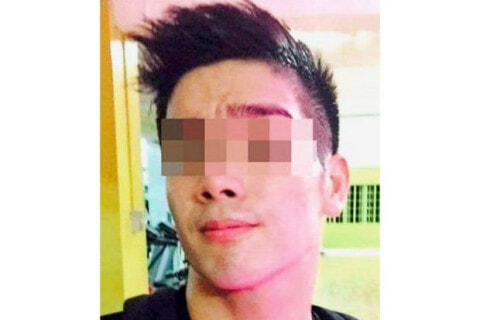 Chong revealed that a police report has yet to be made but he and Liong have agreed not to pay the blackmailer.

He also added that the perpetrator has been persistently chasing Liong for the cash, as eagerly as every half-an-hour.

However, this is definitely not the first time we have heard of a ‘sex cam’ scam, in fact, it has happened very regularly throughout the years. YET, people are still falling for it.

1. Someone attractive adds you on Facebook out of no where.
2. They will begin flirting/chatting with you to pique your interest.
3. They will then invite you for a Skype video call.
4. Conversations get heated up and the perpetrator will be the first one to strip.
5. Perpetrator will start persuading you to do the same.
6. Scammer secretly screen grab your nudes.
7. Blackmail.

The modus operandi is pretty simple really. Example of the Skype chat is shared to us by a contributor: 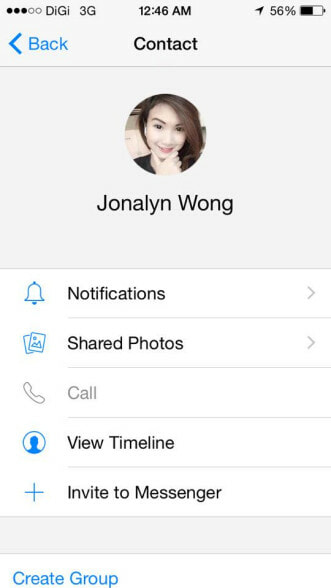 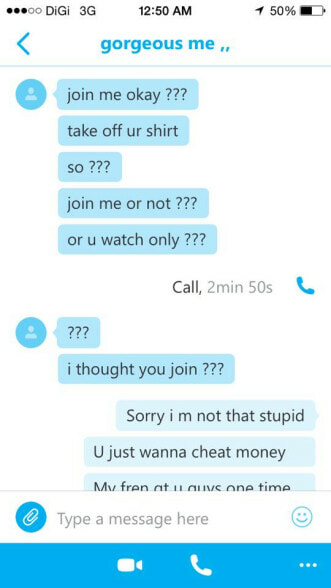 It’s mind boggling how time and time again, Malaysians are still falling for this scam.

So people, remember to keep those pants on whenever you’re in front of the camera.