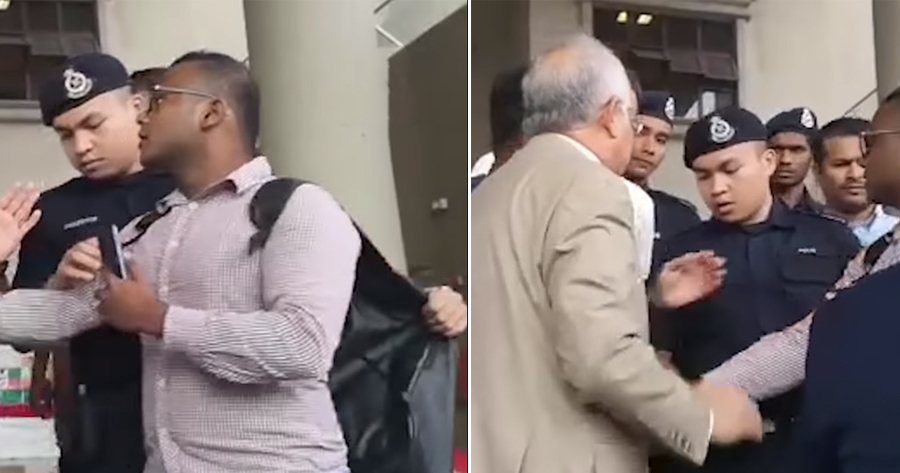 I’m sure many are aware that former prime minister Najib Razak has been busy in and out of court recently to face his trial for misappropriation of funds from SRC International Sdn Bhd – a former subsidiary of 1Malaysia Development Berhad (1MDB).

As of yesterday (17 April), the trial would have finished its fourth day which must be a tiring ordeal for the Pekan MP as he seemed quite on edge after it ended.

As he was walking out of Jalan Duta Courts Complex, Kuala Lumpur, he was approached by a man who claimed he was a law student. According to The Star, he held Najib’s hand and asked Najib why he was not allowed to attend the hearing. 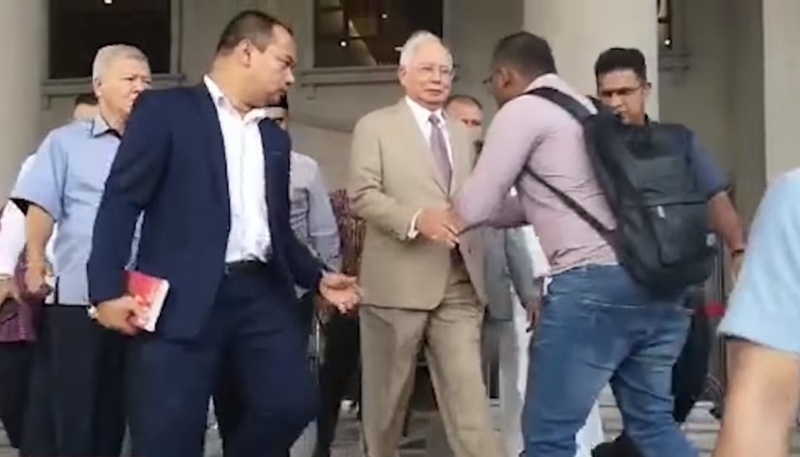 During this brief moment, a policeman tried to stop the man from speaking to Najib by grabbing his bag and pulling him away.

Najib then lashed out at the policeman for doing that and shouted at him, after which the policeman could be seen retreating behind the crowd. 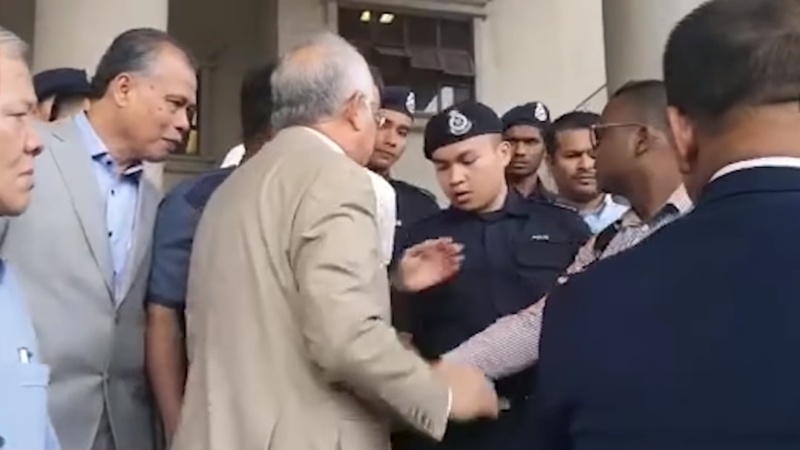 Shortly after, Najib realised his actions and apologised to the policeman before proceeding to leave the building. 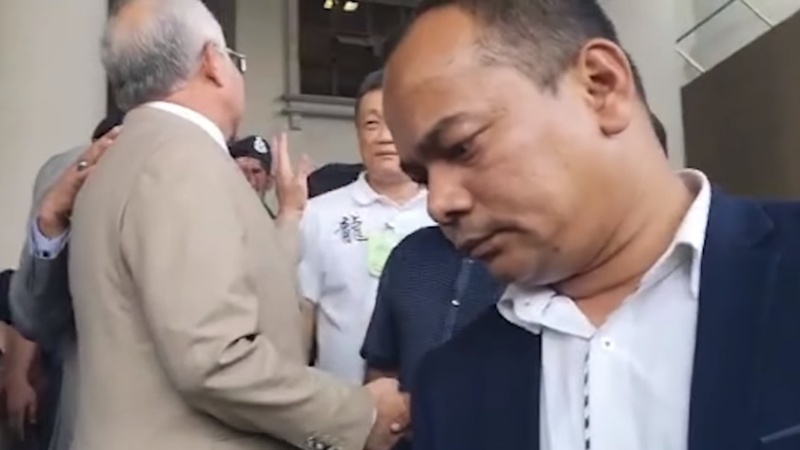 Najib is currently facing three counts of CBT and one count of abuse of power over funds amounting to RM42 million linked to SRC International. He is also facing three money-laundering charges over the same funds.

You can watch what happened here:

Former premier Datuk Seri Najib Razak shouted at a policeman for trying to stop a man from speaking to him at the end of the fourth day of his SRC International criminal trial on Wednesday. The man claimed he was a law student and had asked Najib why he was not allowed to attend the hearing.Najib apologised to the policeman before leaving.

What do you think of Najib’s actions? Let us know in the comments below. 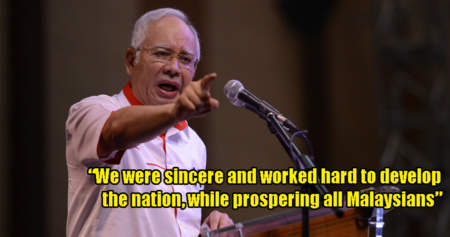