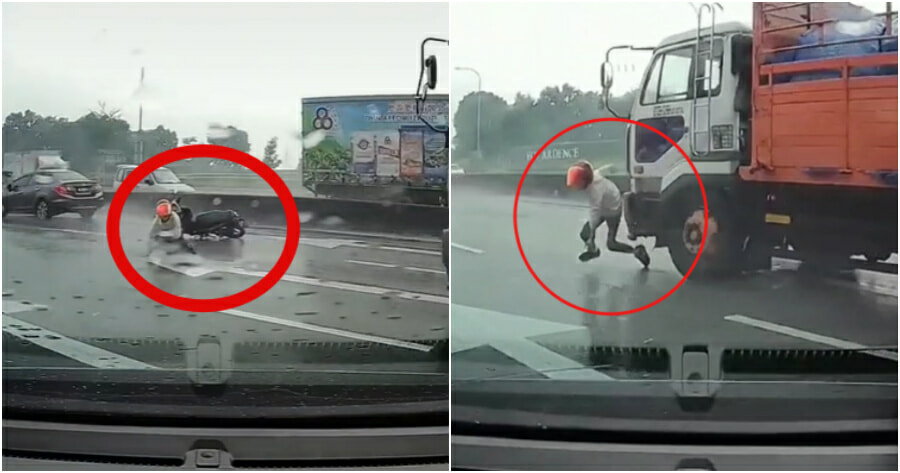 Dangers lurk everywhere, even on the roads when we’re driving, especially when the weather is pouring.

Recently, the video of a motorcyclist falling on a slippery road due to rain and NEARLY getting hit by a lorry has gone viral on social media. According to the video uploaded by Utusan TV, the incident took place on Monday (24 January) around 2:17 PM. However, it is unclear which highway did the incident happen on.

Immediately after falling down, the motorcyclist managed to save himself from the incoming lorry thanks to his quick reflex action by jumping onto the next lane. Fortunately, there weren’t any incoming vehicles on the next lane. That was a major close call!!! 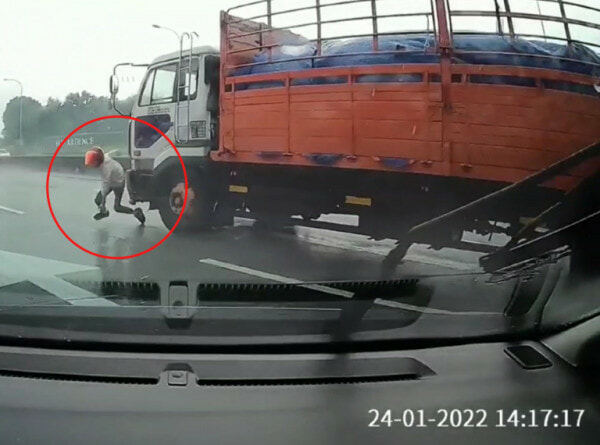 However, a TikTok user who claimed to be the motorcyclist himself has come forward and clarified the situation by reaching out to Utusan TV and telling them what actually happened. He stated that none of the reasons above was the cause of the accident.

“I was trying to avoid another car and maybe that’s when the motorcycle stand fell,” he explained and asked for the video to be taken down.

The motorcyclist was trying to avoid another car that cut into his lane when he used his feet to slow down his motorcycle and that was when he believed the motorcycle skidded.

“If you watch the video closely, I was about to fall before the stand hit the road. Do you think I wouldn’t have noticed all along if the stand had been down?” 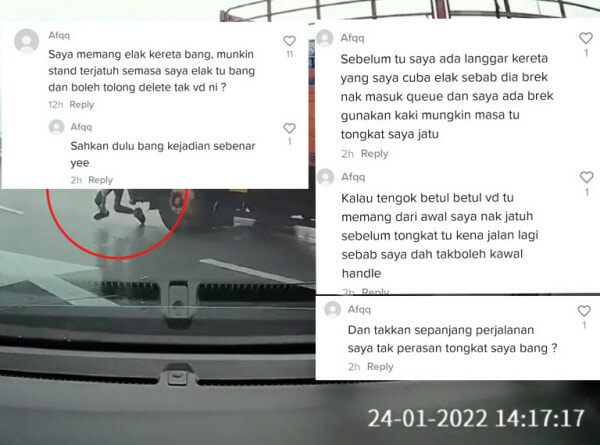 Regardless, we are just glad that the motorcyclist is safe and nobody got hurt in the incident.

Also read: Motorcyclist Kantoi for Beating Red Light After Not Realising Abang Polis Behind Him 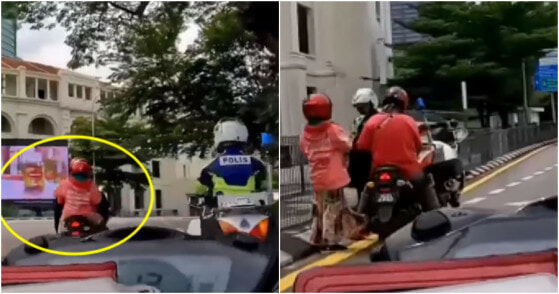