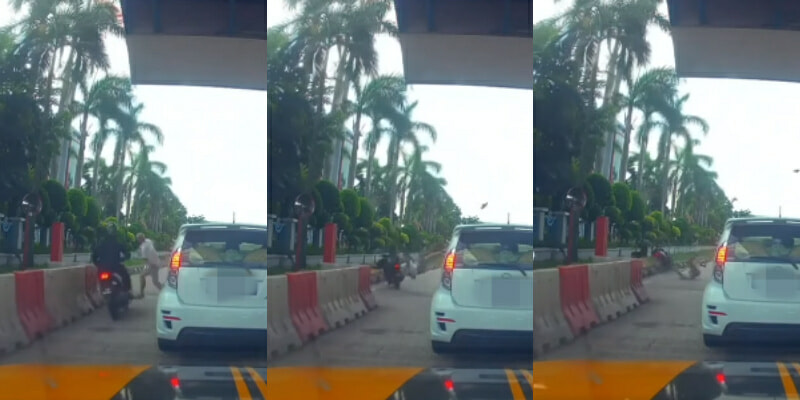 We all know, that motorcyclists are SUPPOSED to go through their own designated lane when going through a toll plaza. Unfortunately, it is also common to see riders forgoing this rule for the sake of convenience.

Unfortunately, this act of negligence caused a victim of such act to be leveled, as a speeding motorcyclist decided to break the rule and disregard the safety of others.

According to a netizen commenting on the video, the incident took place at the Grand Saga Toll Plaza.

“This used to be my old workplace. There is a motorcyclist lane at the back of the toll booth.”

“Riders only follow that route when police are around. There have been many accidents there, especially involving toll operators.”

“The lane in question were meant for big vehicles, and is not meant to be used by motorcyclists.”

In the incident the motorcyclist can be seen riding at high speed through the toll booth, before crashing into a man trying to cross a lane.

Failing to engage the brakes, the motorcyclist crashed into the victim. The video ended with the rider helping the man to safety.

Netizens commenting on the video, slammed the rider for breaking the law and taking the man out. Many cited the need for authorities to clamp down on these rule breakers and help make the toll plaza a safer place.

Also read: Students From A Local Private University Start Petition After Deepavali Break Was Allegedly Cut From 1 Week To 1 Day 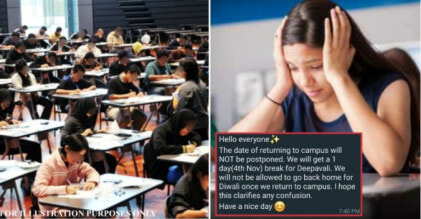