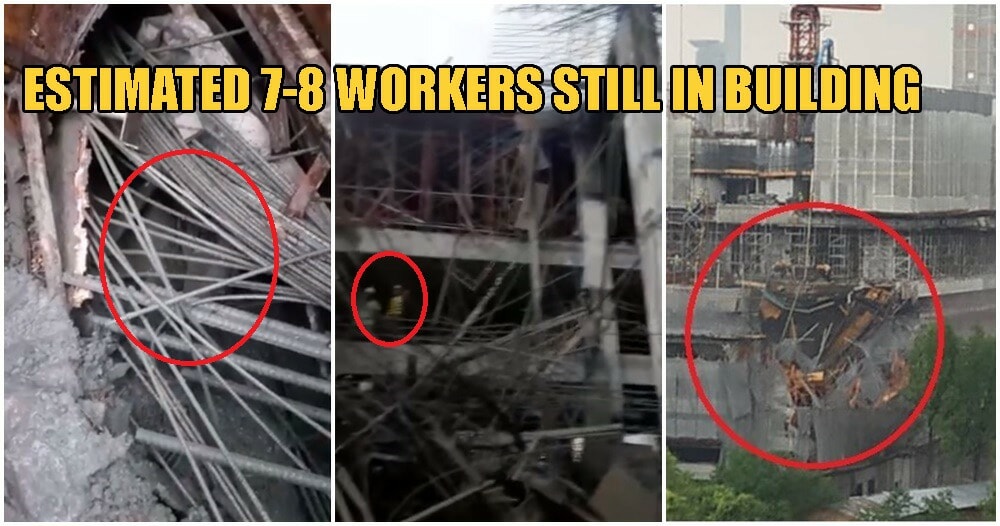 Hopefully, authorities will move swiftly and take necessary action to save these construction workers as soon as possible before the structure collapses even further!

It’s recently been reported that an apartment under construction partially collapsed in the Taman Desa area, shocking all citizens living in the area. While it was previously unknown as to whether anybody was injured from the incident, video footage uploaded from what is believed to be the scene of the collapse was just uploaded on a Facebook page known as EdgeProp Malaysia.

In the video, a man who’s said by netizens to be one of the construction workers, can be heard frantically telling his co-workers trapped under mass piles of rubble to remain calm and not move to prevent worsening the already stressful situation. Towards the end of the video, the man was asked how many people were currently trapped in the building, to which he replied, “7-8 people.” 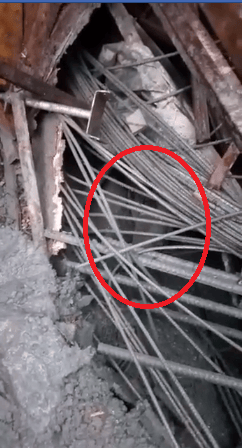 According to Sin Chew Daily, the total number of people trapped at the site is unknown but it is believed that more than four people are currently stuck in the dangerously collapsing structure. As of right now, one of the construction workers have been rescued while updates are still coming.

The incident, which happened sometime around 3.37pm today (14th February 2020), saw a massive section of the building collapse in upon itself, leaving destruction in its wake. The Kuala Lumpur Fire and Rescue Department deployed three fire trucks and more than ten life-saving personnel to carry out rescue operations accordingly.

Stay tuned for more updates. We can only hope and pray that the affected construction workers are safe. 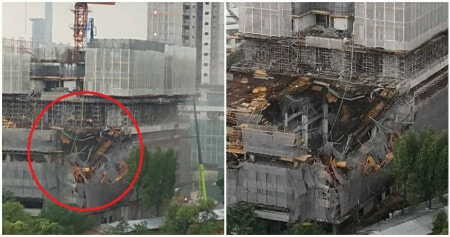