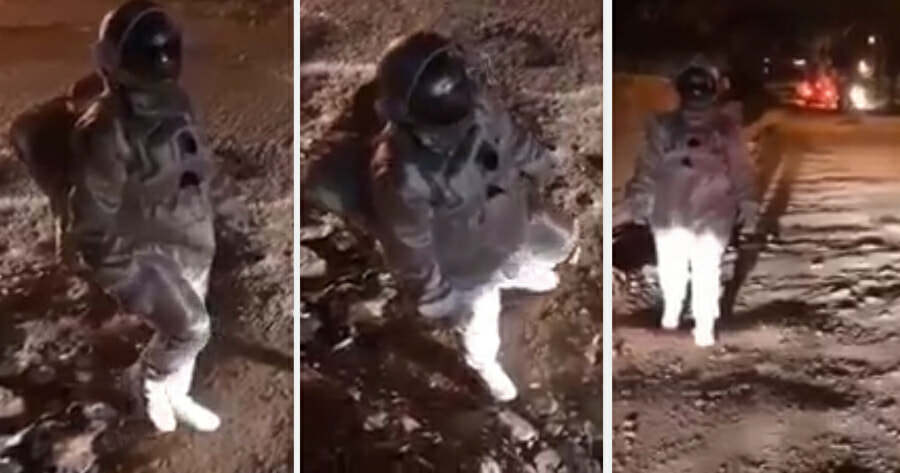 No one likes potholes on the road as it is not only a nuisance to drive on but also dangerous, as they can cause accidents. Well, one particular video sarcastically mocking the terrible road condition has recently gone viral in Malaysia with many believing it to be filmed in Sabah due to the caption by the poster. However, as it turns out, the video is actually a repost from an old viral video that was not recorded in Malaysia.

In the ‘moon landing’ video, an individual can be on a pothole-filled road in an undisclosed location while being fully dressed in an astronaut suit. The person can then be seen walking slowly as if they are in low gravity just like on the moon while the cameras slowly pan out to show that the person is actually on a road with cars passing by. Furthermore, the ‘I don’t want to miss a thing’ song from Aerosmith playing in the background is just icing on the cake of what is an extremely humorous yet sarcastic video.

Posted by Facebook user from Sabah, Rey Silver Prince with the simple caption of ‘First Sabahan arrived at Moon’, the video has since gone viral on the social media platform in our country. As of the time of writing, it has garnered over 1.2 million views, over 19,000 shares and over 21,000 reactions, with many commenters believing that the video was recorded in Malaysia and hence shared their experience with how terrible the roads are in Sabah and other place throughout Malaysia.

Well, it’s a classic case of misinformation then! However, based on the overwhelming reaction to the video and comments sharing about the road conditions in Malaysia, maybe the relevant authorities should look into improving the conditions in our country regardless of where the video is recorded.

So, what do you guys think of the video? Share your thoughts with us in the comments!

Update: The previous version of this article incorrectly claimed that the video was recorded in Malaysia. We apologise for any confusion caused.

Also read: “How long can it last?” – JKR Slammed By M’sians For ‘Fixing’ a Pothole On JB Road Incorrectly 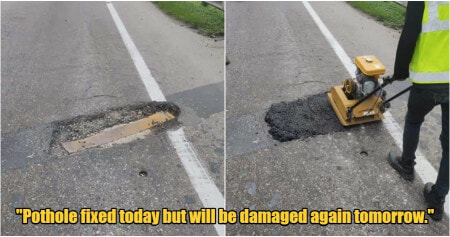