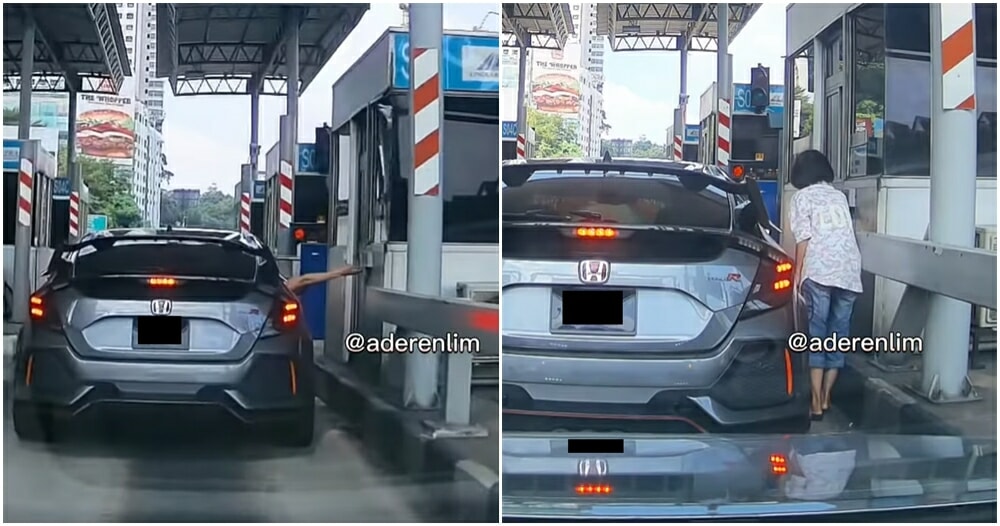 Living and working in KL and Selangor means you must use tolls daily. Sometimes, we get so used to just using it that we forget that we need to reload it.

In a dashcam footage taken on July 2 by Aderen Lim, we see a car getting stuck at the LDP due to insufficient balance on their Touch and Go card. How many times has that happened to all of us?

The car was a Honda Civic Type R, and when it was their turn at the toll booth, they used their TNG card, but the toll gate did not open as there was not enough money in the card. 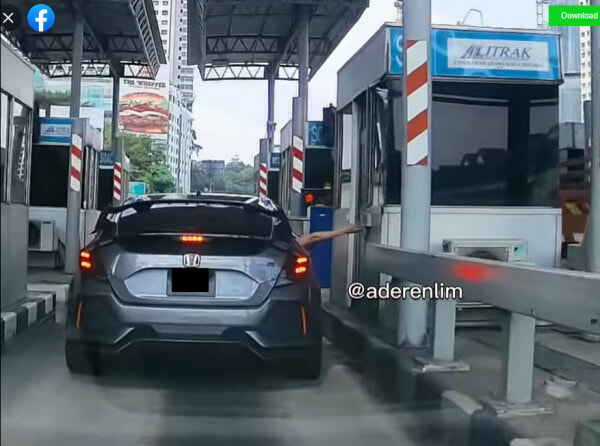 Seeing this, Aderen tries to reverse his car so the Honda can go to a reload lane. However, there were too many cars behind. The Honda driver kept tapping the card but to no avail.

An auntie in a Perodua Kenari behind both Aderen and the Honda couldn’t stand it anymore and chose to come out of her car to tap her card on the TNG panel. It seems that the driver thanked her as she waved her hands dismissively.

Thanks to this kind auntie, the affair was settled quickly in a matter of two minutes. 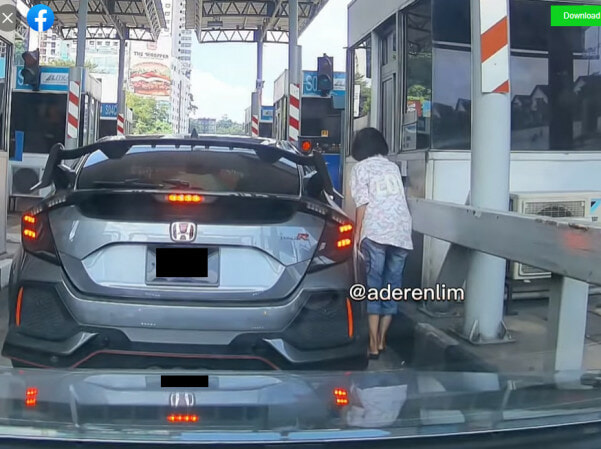 Many netizens were saying that it is embarrassing to have an aunty “belanja” toll when the person is driving an expensive car.

“Ask them to sell the car later.”

However, some netizens have said they were also in similar situations with the Honda.

“To be honest, the aunty isn’t even angry; why are we angry? Sometimes, I think that my TNG card still has money inside. When that turns out to be false, I don’t know what to do as there are cars behind me.”

“A Malay auntie helped to pay my toll too last time. There was money in my card, but I don’t know why with an RM7 balance, I was unable to pay for an RM2.50 toll.”

Others wondered if the auntie would get any penalties for using her Touch and Go twice. 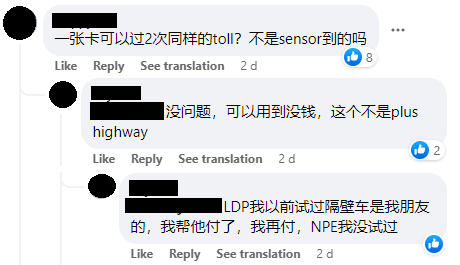 “Can one card be used to pay the same toll twice? Can’t the sensors sense it?”

“No problem. It can be used. This is not PLUS highway.”

“I tried before on the LDP last time. The car in the booth next to me was my friend, and I paid for him. Then I paid for myself too. But I’ve never tried it on the NPE.”

All in all, this auntie did a good deed that not many people would do. Have you ever noticed acts of kindness like this in your daily life? Let us know in the comments.

Also read: WATCH: Motorcyclists Waiting At Toll Booth Barrier Prompts & Honks At Driver To Pay So That They Can Pass 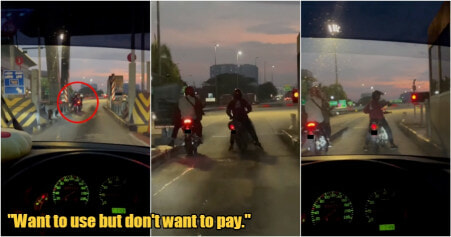