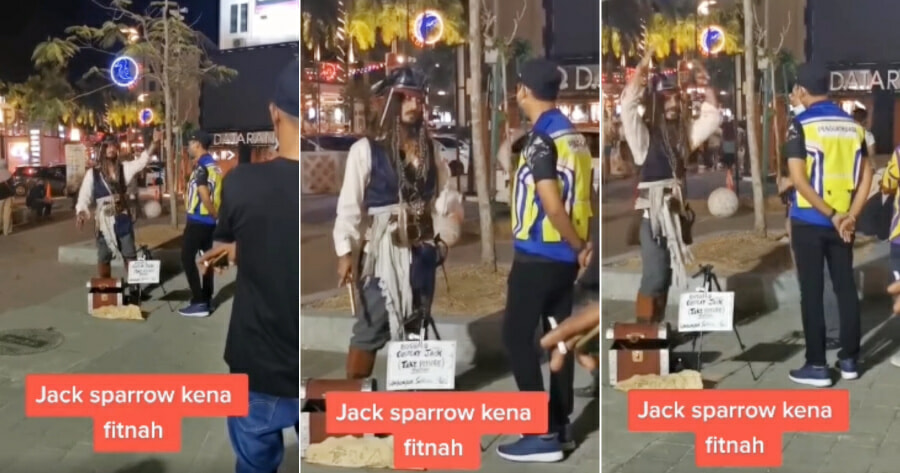 Let us ask you a random question. Who do you think would win in an argument? Our local enforcement officers or Jack Sparrow?

And yes, by Jack Sparrow, we mean Johnny Depp’s character in ‘Pirates of the Caribbean’. 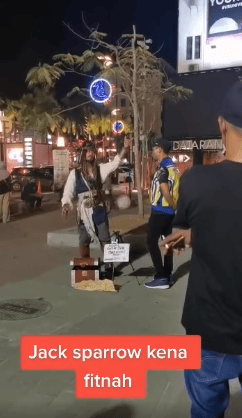 They wrote, “Jack Sparrow is angry. That’s it, Melaka is going to be attacked by pirates.”

We believe the incident started because the enforcement officers asked the performer to vacate the area as in the video, he could be heard shouting:

“Does this place belong to the government or to the people?!” 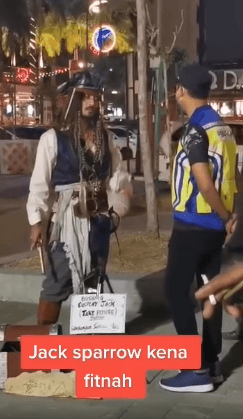 The local Jack Sparrow had to ask again before one of the officers responded, “the government“.

“Okay, it belongs to the government. Who pays their salaries??” 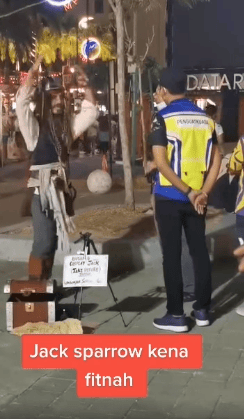 The video comes to an end as the officer continues to try and talk things out with local Jack.

And all of this happens literally while the ‘Pirates of the Caribbean’ theme song plays in the background.

While we don’t exactly know what the details are, we genuinely hope that local Jack is okay and that he and the authorities managed to come to some sort of agreement.

If you know what’s going on in this video, do let us know in the comment section!

Until then, you can check out the video here: 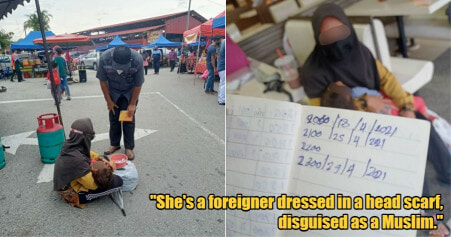