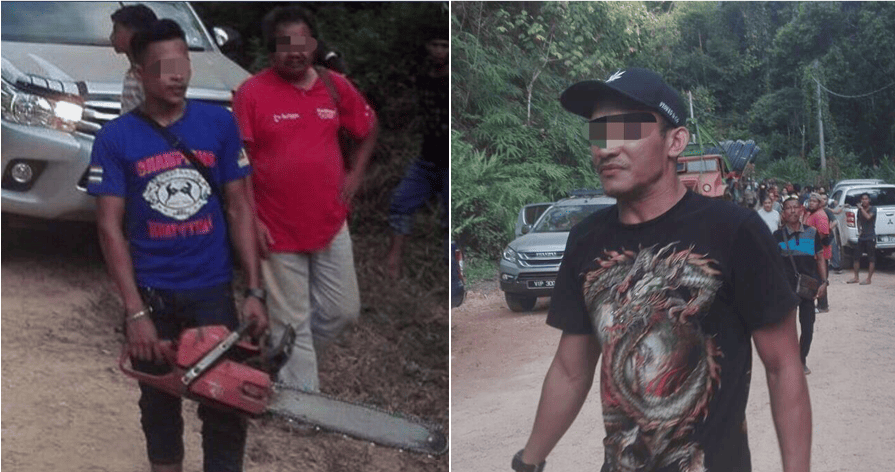 For the Orang Asli community, the forest is their home. It is a place they seek shelter, find food and be one with mother nature. This has been going on for centuries without any problem and incident until recently. 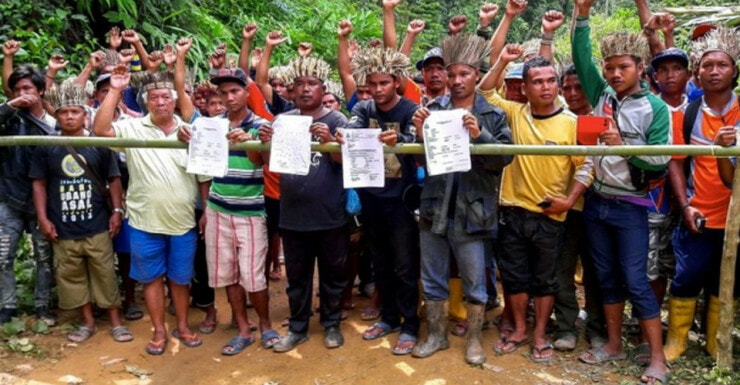 The Orang Asli community here in Gua Musang has been erecting blockades in pure desperation to stop the destruction caused by deforestation through logging and plantation. However, their 6-month-old blockade has reportedly been destroyed yesterday (4 July) by a durian plantation company.

Here is the video of the incident:

Video by JKOAK of the destruction of the Temiar blockade at Kaleg in Gua Musang, Kelantan, on 4 August 2018.

Mustafa Along, president of the Jaringan Kampung Orang Asli Kelantan, told Malaysiakini, that initially the community thought the men from the company dropped by to discuss some matters without expecting any confrontation to happen.

“We thought they were here to talk, but suddenly, they got out of their vehicles, took out their chainsaws and started destroying the blockade,” said Mustafa. 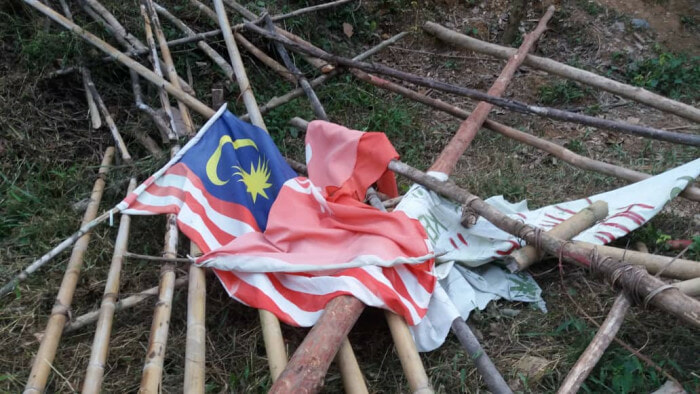 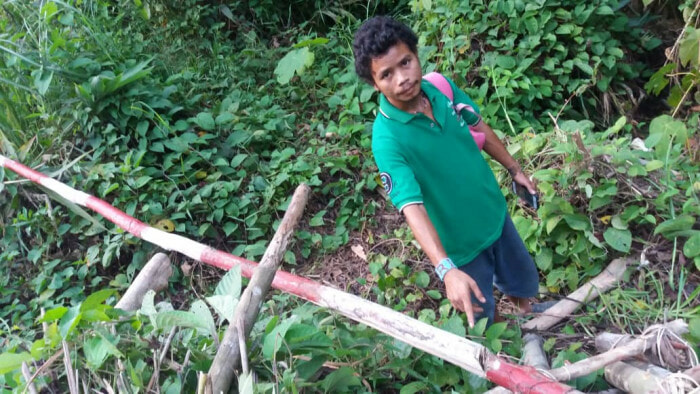 The incident did not dim down their spirits as the Orang Asli community insisted that they will rebuild the blockade within 24 hours.

Ironically, the incident took place right after a visit by Rural Development Deputy Minister R. Sivarasa, who promised to finally gazette the land for the Orang Asli community there.

This latest incident in the ongoing battle by the Temiar tribe and sparked outrage among netizens, demanding the authorities to take action.

While others sympathised with the community there.

Siti Kasim who has been defending the community condemned the latest incident, citing the Orang Asli has been treated brutally by thugs.

Today, we believe hired thugs destroyed the orang asli blockade. This is an act of aggression and brutality by against the orang asli in defending their land.

The battle continues on as the community will be working hard to defend their ancestral land against illegal and excessive logging as well as deforestation through the setting up of plantations surrounding the area.