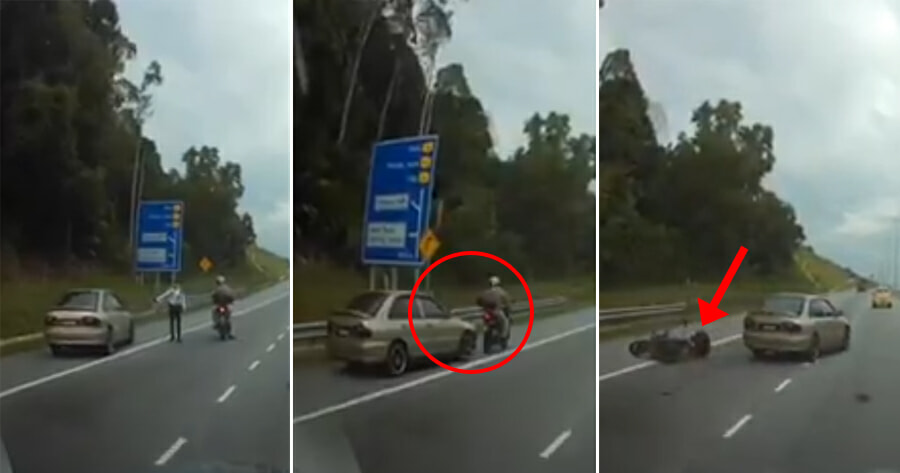 Getting pulled over by the police is always scary as you don’t want to get into trouble with the law. Unless, of course, you commit a crime then you have every right to feel guilty if you are caught red-handed. But running away is never a solution as you could be in even more trouble than before.

A video posted on Info Roadblock JPJ/POLIS shows a Proton Wira car getting stopped by the police conducting a ‘snap check’ at Persiaran Mokhtar Dahari, Selangor.

After stopping at the side of the road, the car begins moving forward in an attempt to run away from the police. However, in doing so, the car knocks down a motorcyclist in its way and runs over the motorcycle.

Preliminary information reveals that the motorcyclist is also a member of the police.

The footage recorded by a passer-by has since been submitted to the police.

Further investigation found that the Proton Wira was suspected to have been driven and ridden by two Indonesian men, according to a local news journalist. The police are currently in the midst of tracking them down.

Additionally, based on examinations by JPJ, the car with the number plate WHQ 4088 was found to be registered to a Mopid Norasmad who lives in Shah Alam.

Meanwhile, police officer Inspector Ismail Aun (55) was injured in the leg and suffers pain in his body due to the collision. 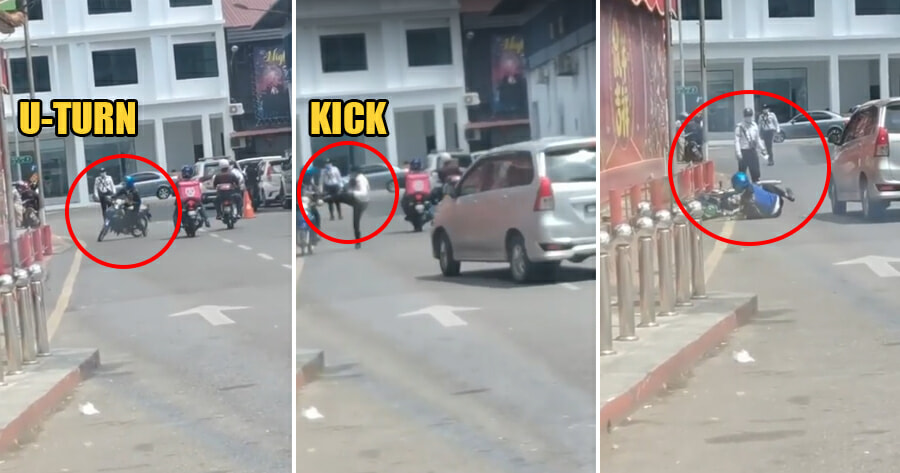