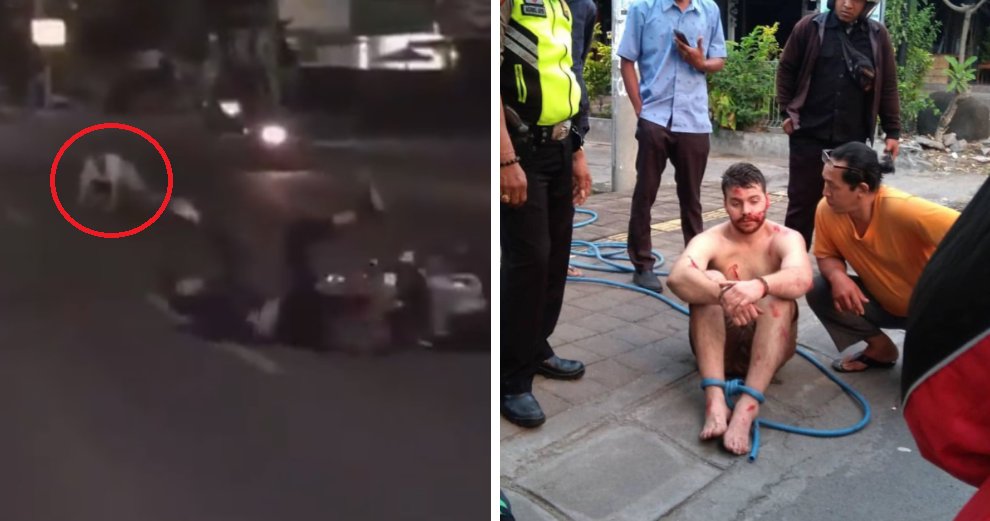 Ah, Bali. That magical island of resplendent beaches, good food, and amazing cultural landmarks. It’s definitely a destination on most of our bucket lists, and the popular tourist spot sees thousands of visitors yearly. That said, Bali does see more than its fair share of rowdy tourists, and this Australian definitely took things way to far on his holiday.

JUST IN: Aussie man under police guard in Bali hospital, accused of fly-kicking innocent stranger off a scooter as well as throwing himself onto car bonnet on busy Kuta road. Warning: swearing. pic.twitter.com/RwCU8nYIHE

Renae Henry, a correspondent for Australia’s Nine Network uploaded a video of drunk Australian man attacking a motorcyclist, jumping at him knee-first as the motorcyclist was riding by Jalan Sunset Road in Bali’s Denpasar district. The man, who seemed to be already running away from several locals, attacked the motorcyclist without any reason to do so, and proceeded to walk away after knocking the motorcyclist down while the vehicle and rider skidded down the road in a burst of sparks.

Later in the video, the Australian jumps onto the windscreen of a passing car while shouting profanities, leading two locals who were following him to give chase. 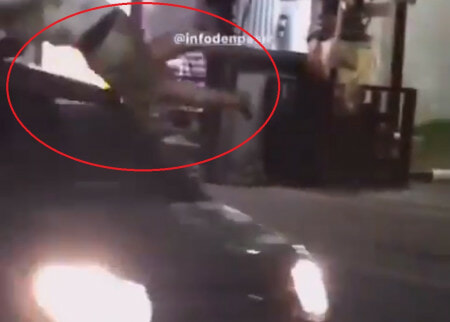 The clip ends with the man being pursued, but thanks to this netizen, we found out what happened in the end. 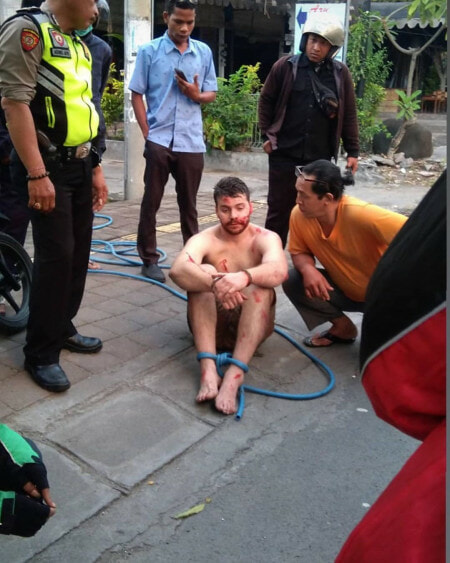 His fellow Australians were none too pleased with his antics, with many citing reports of bad behaviour from ‘bogans’, or less educated and sophisticated Aussies, especially in Bali. Many called for his passport to be confiscated and banning him from leaving Australia ever again, while others asked the Balinese authorities to keep him locked up as long as possible in jail.

It’s dickheads like him who give us all a bad name overseas. Who would actually think that doing something like this is okay? I hope they punish him over there as our system would let him off with a slap on the wrist!

As an Australian, I would like to apologize to those affected by this incident and to people in Bali in general. Unfortunately, there is a group of very loud, obnoxious Aussies that are known as "bogans". We do not condone not want to be associated with them

We definitely shouldn’t think all Australians are like this guy! Hopefully, he pays for ruining that poor guy’s bike, spends a good spell in prison, and gets sent back home. What are your thoughts on the sordid saga? Let us know in the comments! 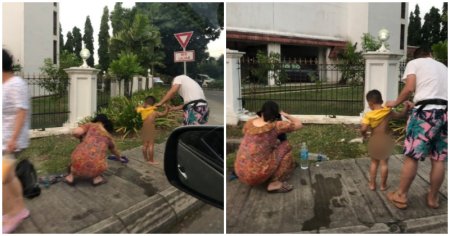