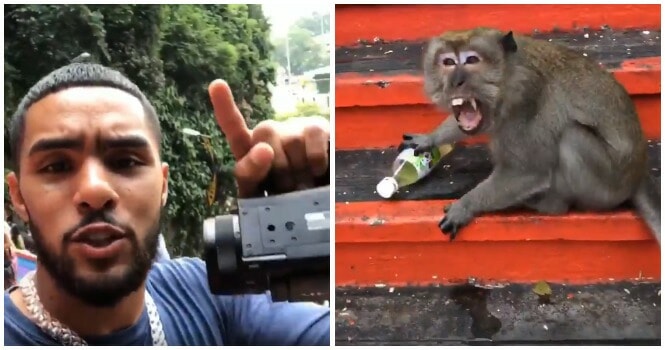 It’s an unspoken rule that almost all Malaysians know, which is we don’t ever kacau the monkeys. The monkeys in Batu Caves are a special breed of monkeys that you hope never come near you. 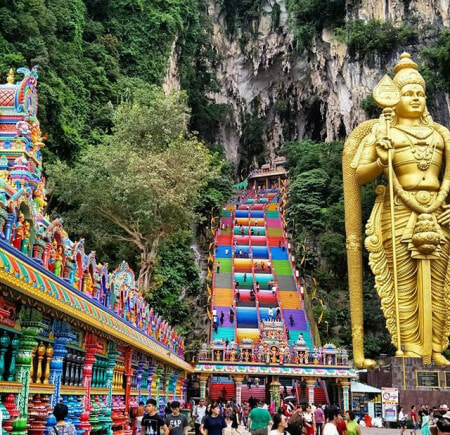 Unfortunately, the tourists have no idea just how crazy the monkeys in Batu Caves are. Some brave souls even think that they can approach these monkeys and take pictures with them.

It’s not too long before the tourists learn that it’s a very bad idea to even go near the monkeys. 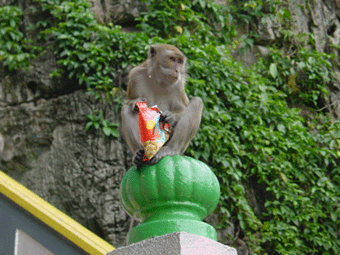 This American internet-famous personality had the brilliant idea of approaching a monkey in Batu Caves.

Kelvin Peña, known on Twitter as Brother Nature, posted a 42-second video of him screaming when a monkey snarled and leaped at him.

The Monkeys out in Malaysia are savages 😂 pic.twitter.com/CZeKiyp3sQ

The monkey was just minding its own business when Peña got closer to the monkey to scold it for allegedly stealing a bottle of soft drink from a vendor.

When the vendor themselves didn’t dare approach the monkey to retrieve their stolen goods, it was a pretty obvious sign that nobody should go near the monkey.

Of course lah, the monkey isn’t going to be cool with it. That’s why the monkey snarled and leaped at the guy. 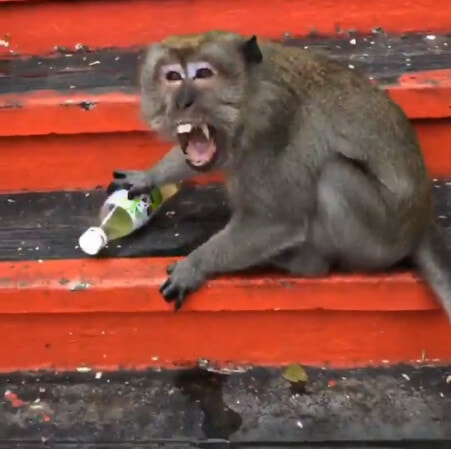 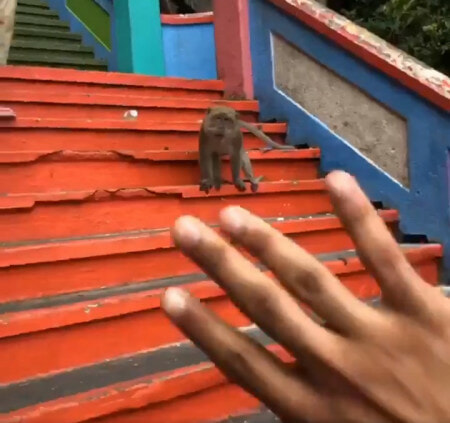 The video gained viral attention on Twitter among Malaysians and non-Malaysians with over 40.3K retweets and 136.9K likes. The number keeps growing.

Hopefully, this guy learned to be more careful and not meddle in any monkey business.

Also read: Watch: Students Bully Monkey But Get Scared When Its Buddy Suddenly Appears for Backup 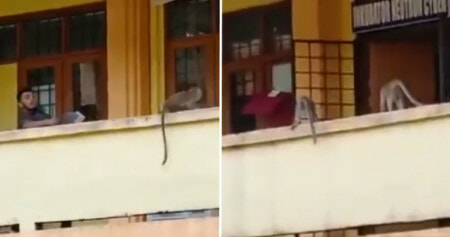