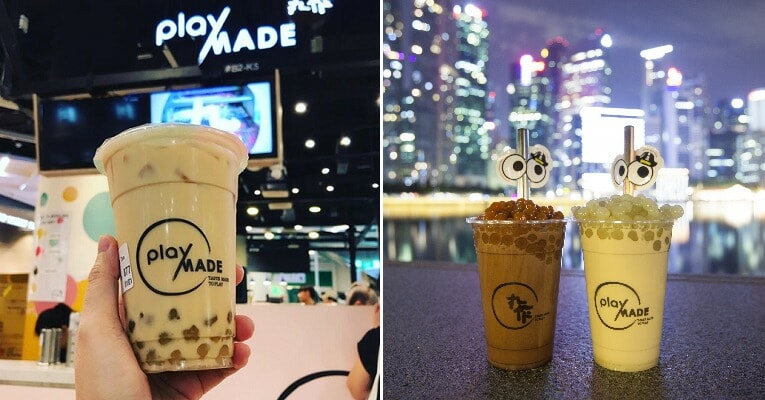 Okay, the bubble tea craze might be getting slightly out of hand! There are many different flavours of bubble tea out there and perhaps one of the most popular right now is the brown sugar bubble tea. However, bubble tea shops are always trying to come up with new flavours to attract more customers to their outlets and this time, Playmade Singapore has outdone themselves. 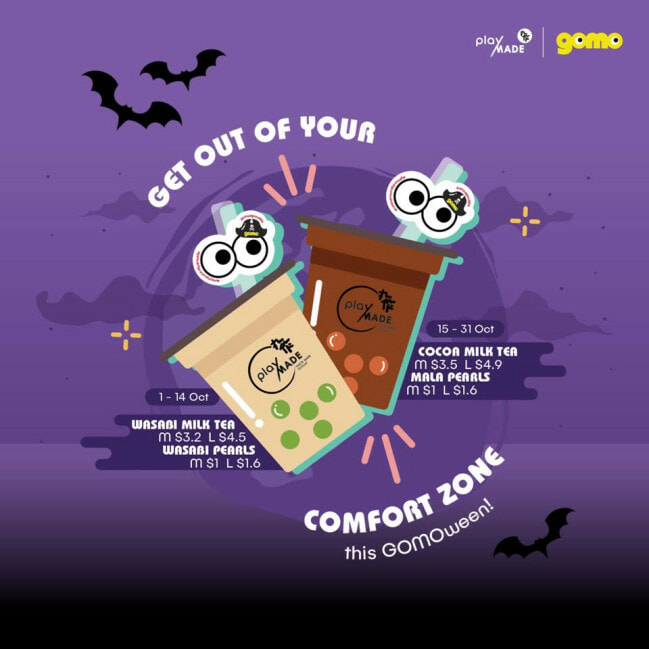 First, there was the Pei Pa Koa bubble tea that made waves in Singapore, and then there was the White Rabbit bubble tea craze that got everyone jumping on the bandwagon. Now, two new flavours have popped up, and they are something that you would definitely NOT expect in a cup of bubble tea.

To celebrate Halloween, Playmade Singapore said that they have collaborated with Singtel mobile brand GOMO and launched two exciting flavours which are Wasabi Milk Tea with Wasabi Pearls and Cocoa Milk Tea with Mala Pearls. Yes, you’ve read that right! 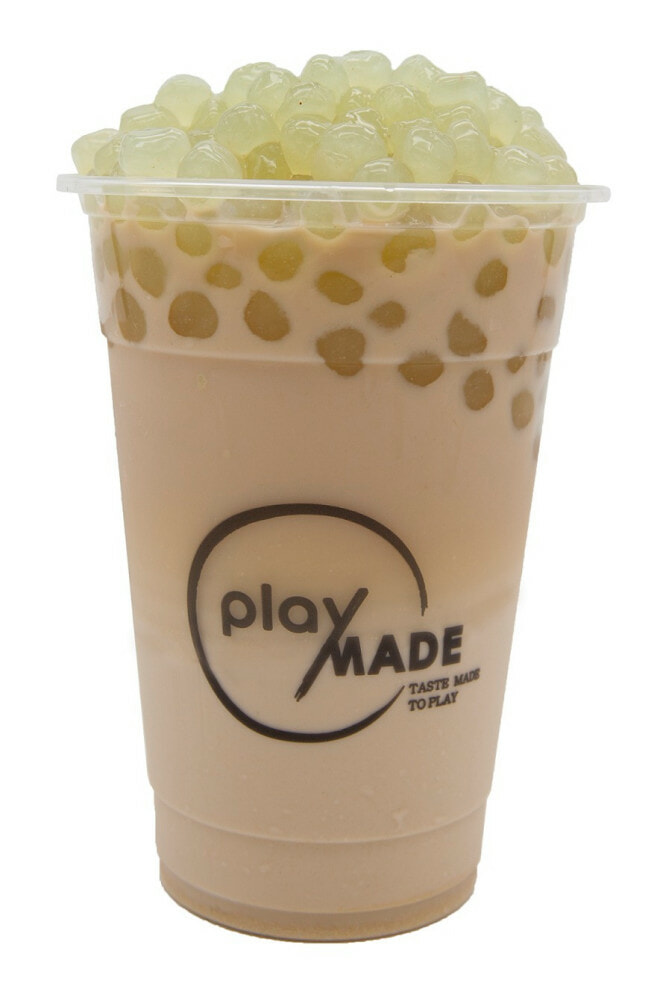 These two flavours are only available for a limited time so if you want to try it you should get going. The first flavour to launch will be the Wasabi Milk Tea with Wasabi Pearls and will be available at all Playmade outlets. Prices for the medium-sized cup start from S$4.20 (RM12.70) and S$6.10 (RM18.48) for large-sized cups.

Playmade makes their own pearls in-store and this time, the wasabi pearls are made using wasabi powder that’s imported from Japan so you can expect it to taste really familiar. Do note that the Wasabi Milk Tea with Wasabi Pearls will only be available until October 14th. 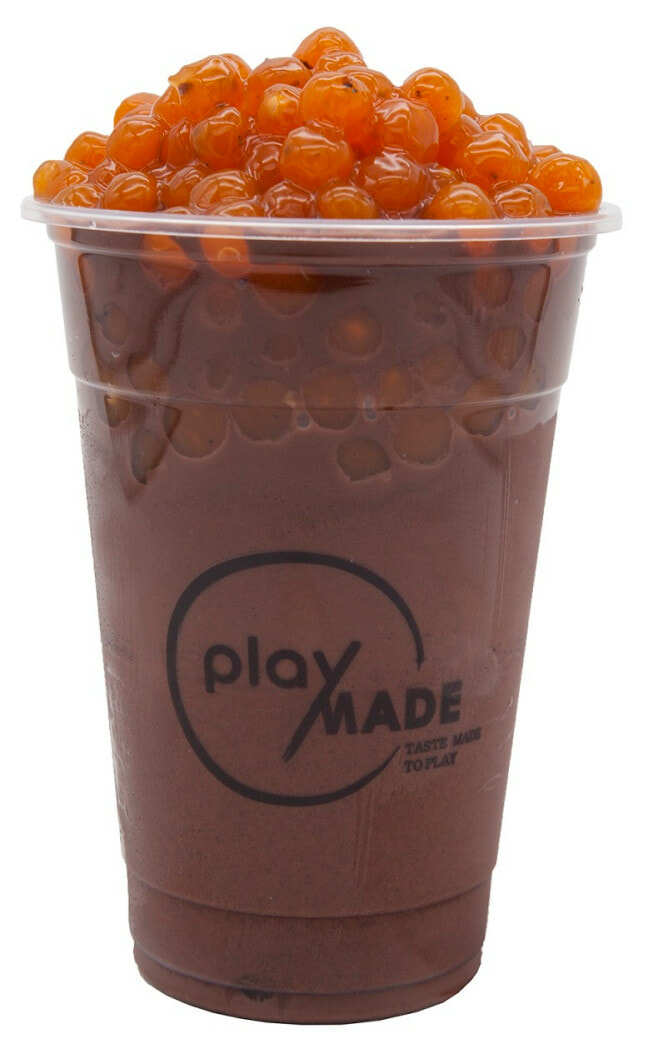 Right after Playmade stops selling the Wasabi Milk Tea, the second flavour will be launched from October 15th to October 31st. While Cocoa Milk Tea sounds perfectly innocuous, the Mala Pearls is really something else. This mala is none other than the numbing, spicy steamboat flavour we know and love. Now, imagine it inside a chocolate drink! 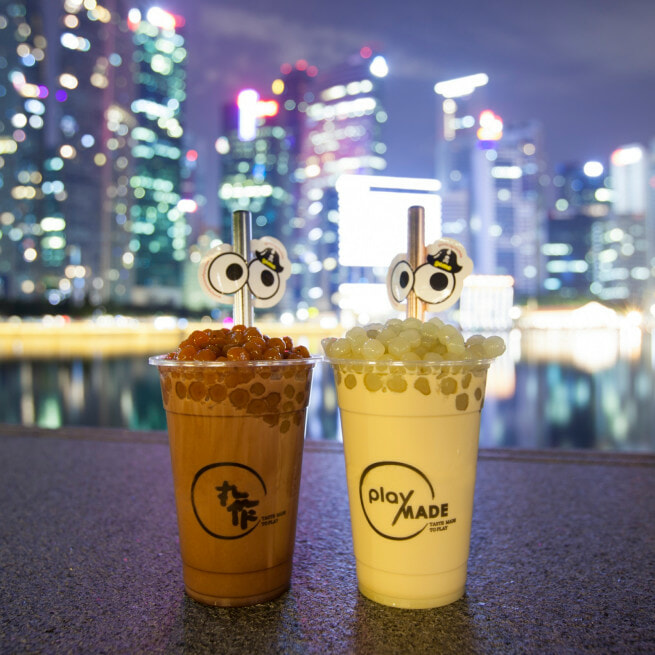 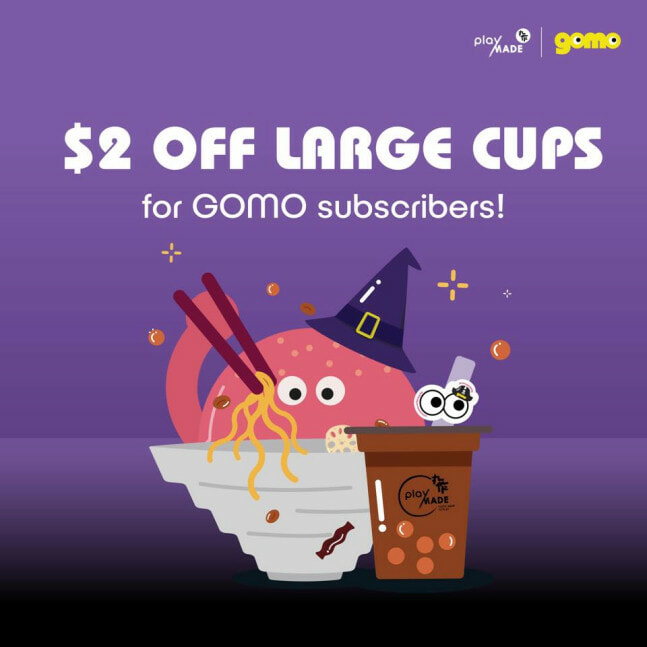 The pearls are reportedly made with a special homemade mala sauce imported from Taiwan. Basically the drinks will be sweet, spicy and cold? The medium-sized cups are available for S$4.50 (RM13.60) while the large-sized cups will cost S$6.50 (RM19.69). Customers who use GOMO can get S$2 (RM6) off a large-sized cup of these beverages.

Would you be interested to try this? Let us know in the comments!

Also read: McDonald’s Is Legit Selling Bubble Tea In the Philippines and M’sians Want Some Too! 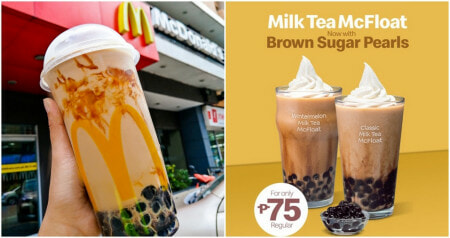