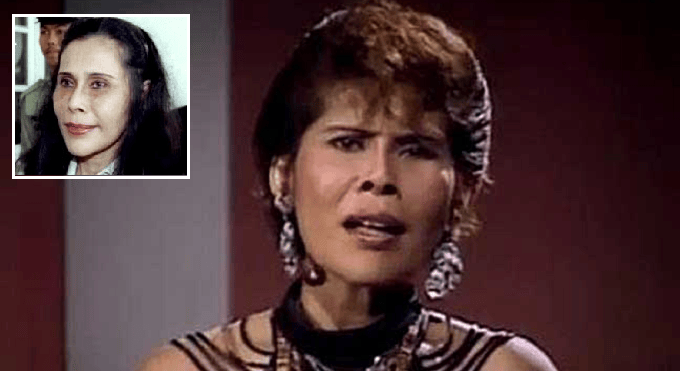 Ever since the movie Dukun was released, the case of Mona Fandey, wannabe pop star turned bomoh, who was executed in 2001, has once more reignited the fascination of the nation. Here are a few creepy (yet TRUE) facts to prime you for Dukun if you haven’t seen it yet.

1. Her real name is Maznah Ismail But she’s more well known by her alias Mona Fandey. She apparently adapted her stage name from the name of her beloved husband.

2. She wanted to be a pop star

She believed she was destined for stardom, and started singing and dancing at a very young age. She and her husband (literal partner-in-crime) tried to launch Mona’s pop career.  However it didn’t exactly work out. We’ll leave it to you to figure out why her singing career didn’t take off.

Her victim politician Mazlan Idris, was cut up into 18 pieces and he was also flayed. If that wasn’t enough to chill you, police couldn’t find all his body parts. Some say this bomoh temptress probably ate them as a small part of her rituals.

4. She befriended her prison warden

“Never did it cross my mind that a simple ‘salam’ would make me find a friend in Mona”, Sergeant Azizah told Malaysian Digest in an interview back in 2015. Azizah recalls how Mona was fond of having conversations and that there was never a dull moment in her company. Maybe she wasn’t all that bad? *shudders*

5. Her last meal was KFC

She, her husband and their assistant were given a final meal of KFC. I guess you can say, it was finger licking good till the very end.

These were reportedly the last words that she’d said before she was hanged (All said while calmly smiling!).

And she was probably right. Dukun’s tagline is ‘Akhirnya kita bertemu’ (At last, we meet). She may be gone, but Mona’s story is certainly alive on our screens. 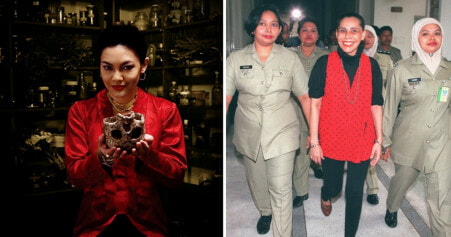