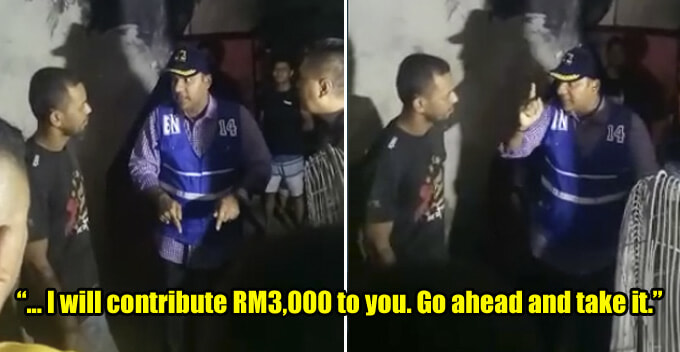 A short video depicting a man from Barisan Nasional (BN) has gone viral on WhatsApp because he was seen ‘asking for a favour’ from the rakyat. 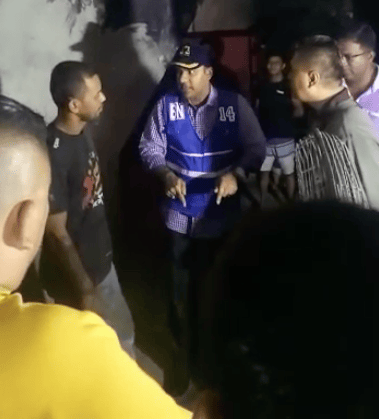 In the 90-second video, a man in a blue vest with ‘BN’ letters on it was talking to a shop owner while several people stood around and listened. The alleged BN officer reminded everyone that the nomination day falls on 28 April and the polling day falls on 9 May. What a patriotic Malaysian!

“Make sure you tell everyone including your father, mother, brothers, and sisters to vote for Barisan Nasional. I will personally make sure that if today we win back Selangor, I will come back to this shop next week.”

“My first job would be to go to the local authority and get the license for you. We have to help each other as humans. To those who are over 21 years old, please exercise your duty and make sure Barisan Nasional wins.”

“I work for the people. As a start, I will contribute RM3,000 to you. Go ahead and take it,” the officer added. 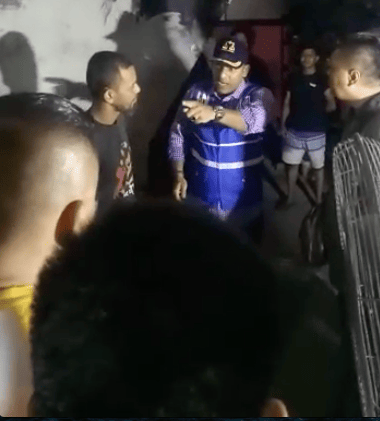 With the video spreading like wildfire on social media, some netizens are having doubts about the authenticity of the video.

“Who would openly bribe people with the smartphone recording? It could be a set up by the opposition parties to tarnish the image of BN,” a netizen said.

Another netizen, who claimed to have the full version of the story, said,

“The shop owner is a Malay man and not a Bangladeshi. He used to run a motorcycle workshop without license but it was burnt down. Coincidentally, a group of BN campaigners came to visit and they promised to help the shop owner get a license if BN retakes Selangor.”

“That’s why the man asked them to vote for BN so that he could help them get the license, and he donated RM3,000 to them on that day.”

At the time of writing, BN has yet to release a statement regarding the viral video, and we can’t authenticate the story told by the latter netizen as well.

What do you guys think of the video? Would you consider the man’s action as buying votes? Tell us what you think in the comment section! 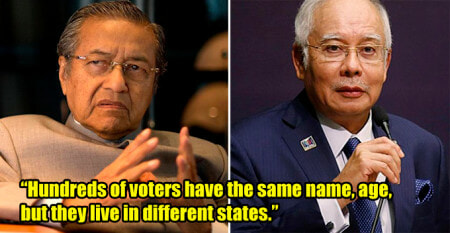