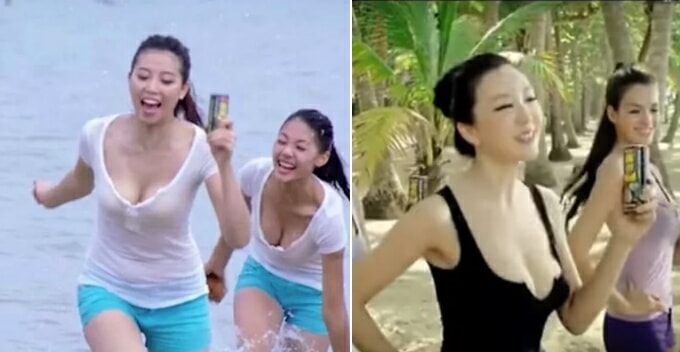 Coconut milk is known to have certain health benefits such as being a rich source of iron and magnesium, reducing inflammation, and apparently, now it also increases boob size. Whut.

A popular coconut milk brand has come under fire in China for their ads and packaging that claim the milk will help make women’s breasts grow larger, reports SCMP.

“Drink one can a day and your curves will excite people, get fairer and fuller,” and “drinking more coconut milk every day can make [your] breasts fuller,” the brand declares in a series of ads involving well-endowed girls in tight tops doing things like frolicking through a beach or and jumping around.

Their packaging and print ads have also drawn some backlash for their bold claims and risque imagery, such as a billboard that reads, “Applying coconut milk to your breasts and drinking it every day can enlarge your boobs.” 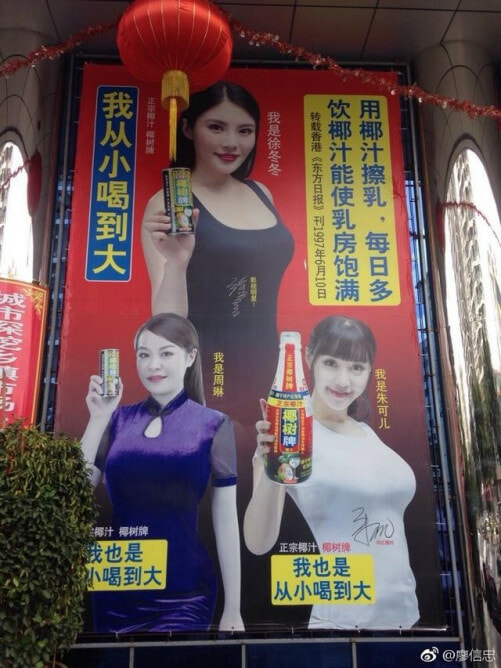 Some viewers were quite shocked when they found the ad was real, as they assumed that it was a hoax.

“When I first saw the advert, I thought some netizen had just Photoshopped it. It’s only now that I realised it was actually true and not someone joking around,” read one comment on Weibo. 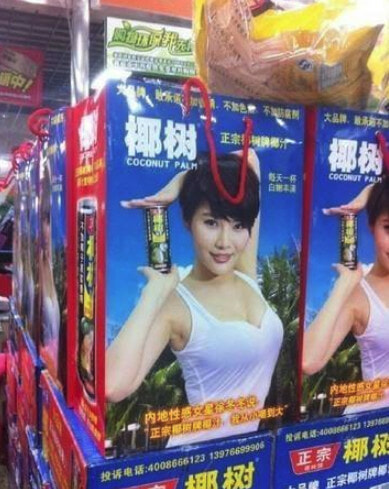 Another person expressed their disappointment in the choice of marketing, saying, “The old brand has been around for so many years, and still needs to do this!”

Viewers also expressed their doubts over the dubious claims.

One Chinese user on Weibo commented, “Are they actually trying to sell drinks? The ads make them sound like a company making breast augmentation products.”

The Chinese government is now investigating the company over its rather far-fetched claims.

Now here’s where we have to bust (un-bust?) some myths.

It’s important to note that there have been no studies on whether applying coconut milk, (which is essentially santan) to your chest will make your chest increase its maximum boobage, so before anybody wastes some delicious coconut milk, it’s probably not legit.

Drinking it, while there are health benefits, may not yield the ripe returns promised. Ava Kwong, a professor at the University of Hong Kong’s medical faculty said that based on peer-reviewed scientific papers, she had not heard of a single study that supported the marketing promises.

Sorry if this has gotten your hopes up! Perhaps it’d be for the breast if we all just love ourselves and our beautiful bodies. What other interesting myths have you ever heard about food? Let us know in the comments below!