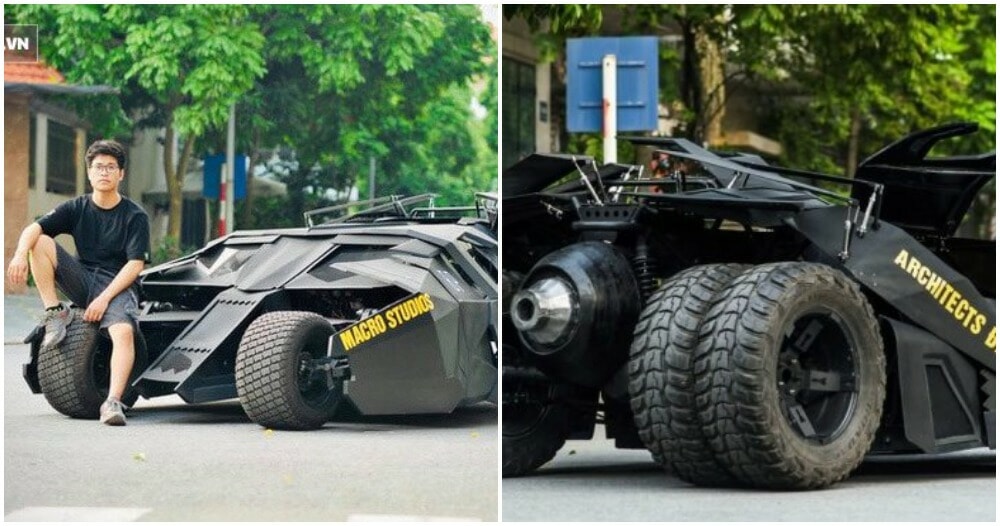 Most Batman fans would dream of taking a ride on his famous Batmobile. It’s a staple for Batman to ride in his Batmobile while carrying out his vigilante duty in fighting criminals. The Batmobile itself is monstrously eye-catching as well, who wouldn’t want to drive it? 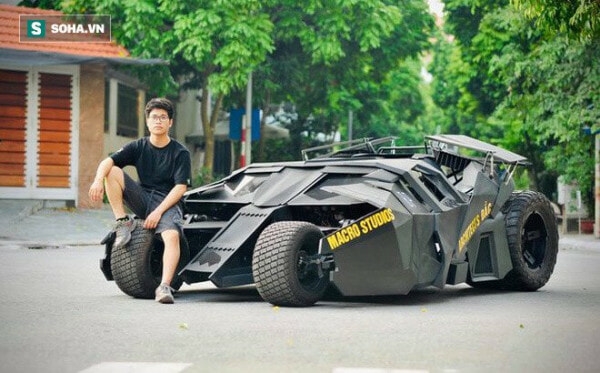 Well, after watching ‘The Dark Knight’ a Batman fan from Hanoi, Vietnam turned his dream into reality by building his own Batmobile. The 23-year-old architecture student, Nguyen Dac Chung, took 10 months and spent over 500 million VND (RM 88,637) to complete his functional Tumbler (a military prototype, off-road tank vehicle).

Constantly fantasizing of driving his own Tumbler, the student then decided last year to make his own Batmobile that appeared in Christopher Nolan’s ‘The Dark Knight’ trilogy. The massive vehicle has already attracted so much attention from the streets of Hanoi and even major Vietnamese news outlets. 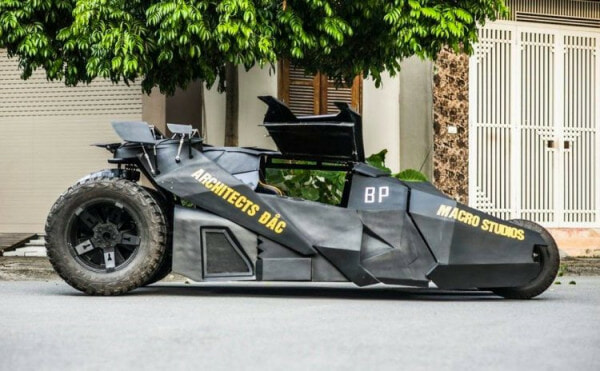 According to Oddity Central, besides having the skill of building a Tumbler, Nguyen Dac Chung is also an entrepreneur. He has a cosplay production of his own and uses the profit from his company to invest in his Tumbler.

To make his dream vehicle come to life, he had to import some of the components from overseas such as from the US and South Korea. For example, the humongous tires that he has installed on the vehicle can only be purchased overseas. He also included some domestic parts as well in building his Tumbler. 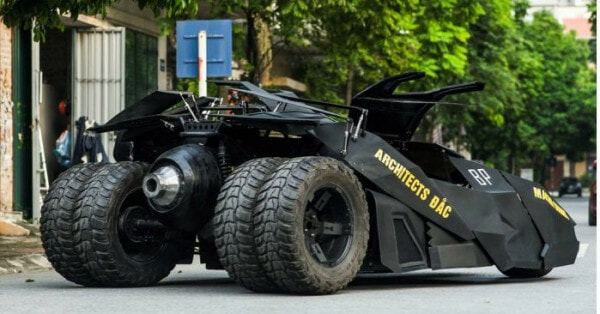 The well-crafted Tumbler can reach up to a top speed of 100 km/h as it is powered by a four-cylinder, 400 cc engine. The suspension system comprises of four front shock absorbers and two rear shock absorbers, and a pneumatic system that can be thoroughly modified by the car spoiler.

Nguyen Dac Chung’s uses a motorcycle exhaust for functionality purposes, however, the vehicle does retain the iconic shape of the jet engine exhaust from the Batmobile Tumbler. 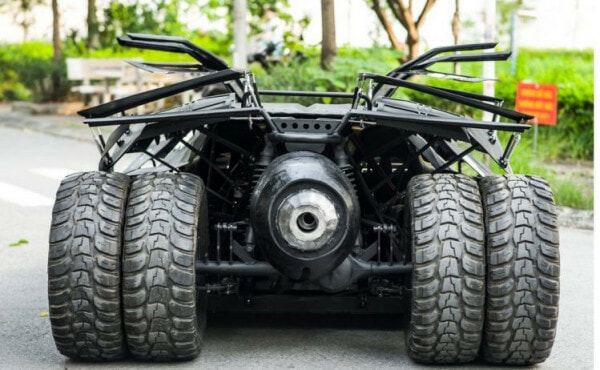 Even though the interior aspect of the impressive home-made vehicle can fit two people, the student’s Tumbler has still a long way to go to complete it, especially with the addition of lights inside the car.

Would you want to take a ride on his well-built Batmobile to seek justice? Sound off your thoughts in the comments below! 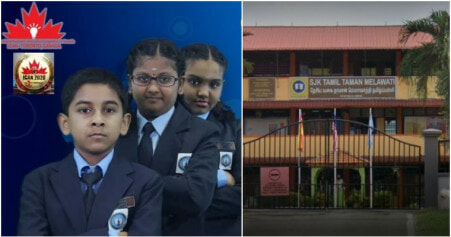