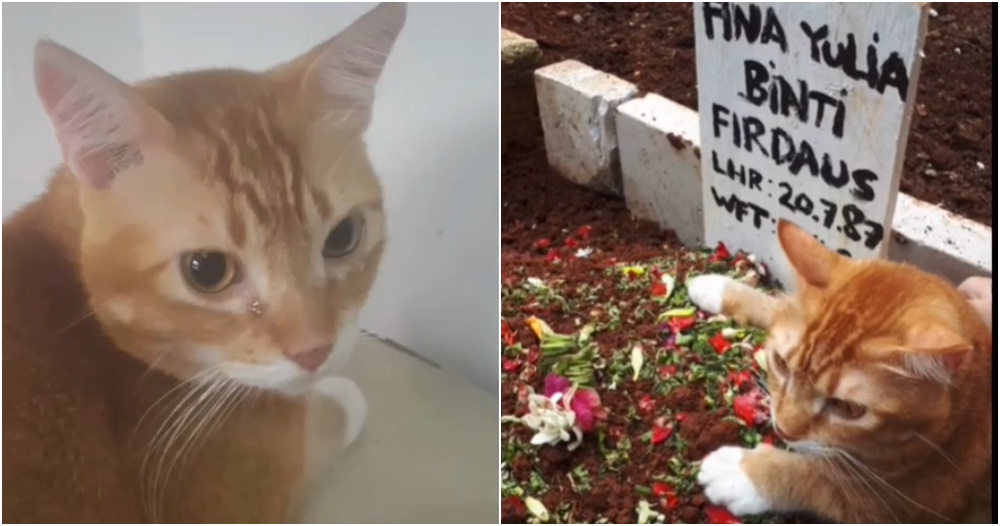 Recently, a TikTok video of an Oyen mourning over its owner’s death has gone viral all over social media.

The video that was uploaded by  TikTok user Putri Yunita (@ptriyunitaa) on 6 May, garnered over 1.9 million views and 222,700 likes at the time of writing.

In the video, the oyen, who goes by the name of Tatan can be seen tearing up and sleeping on its owner’s pillows after attending her funeral.

Putri wrote in her caption, “Me and Tatan miss you, Mimo” as well as saying, “It cried knowing that it can’t see its late owner anymore.”

As reported by Tribunnews, Putri Yunita is actually the sister-in-law of the deceased cat owner. Putri’s sister-in-law passed away just two weeks ago due to pregnancy complications.

“My sister-in-law has kept this cat since it was a baby, it has been her pet for about seven years,” Putri said. 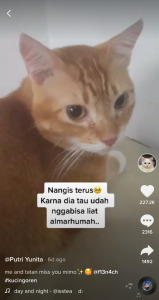 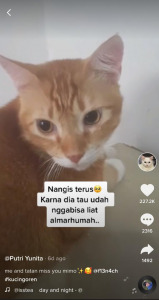 “We were shocked because it was so heartbreaking to see Tatan crying. When we saw it cry at home, we had to take it to the grave,” she added.

Putri added that the cat only cried after the owner passed away and it has never encountered any problems with its eyes prior to this.

“Its eyes aren’t sensitive and after we checked, it also didn’t show any signs of disease. Its eyes are healthy,” she explained.

Netizens couldn’t hold back the tears

Many netizens took to the comment section expressing their sympathies. 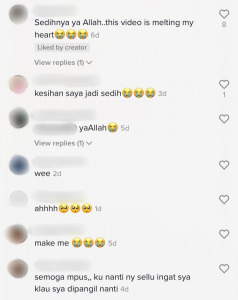 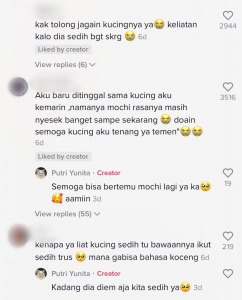 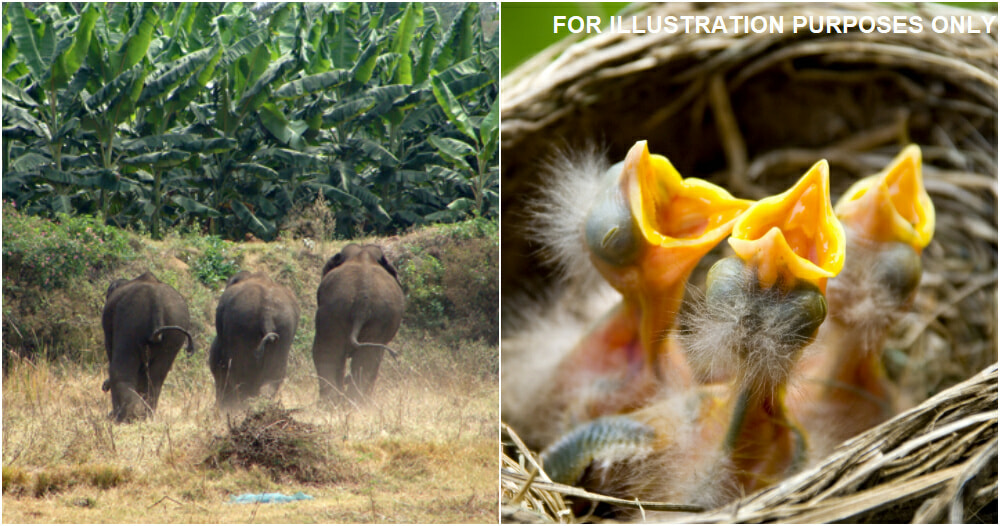